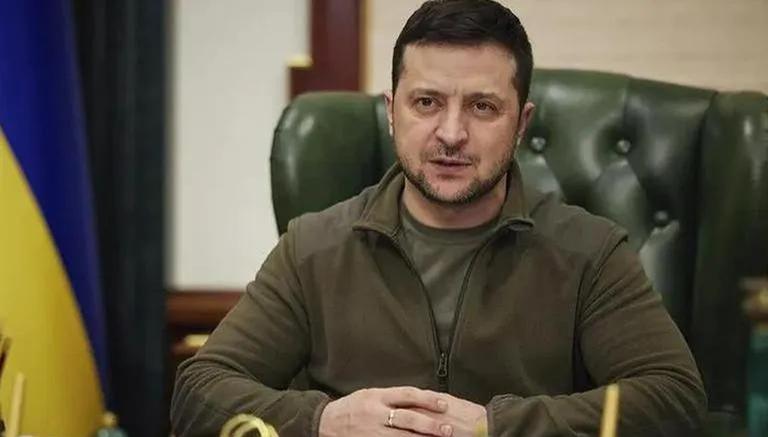 As Ukraine nears its Independence Day, Ukrainian President Volodymyr Zelenskyy appealed for force on Saturday amid concerns about a possible Russian escalation. In his nightly video address to the nation, Zelenskyy said Russia might try to do something exceptionally “nasty, something particularly cruel” next week when Ukraine celebrates its independence next week on August 24. . The president said in the video: “We should be aware that this week Russia may try to do something particularly nasty… But in any other week during these six months, Russia has done the same thing all the time – disgusting and cruel.

Pointing to possible Russian assaults, Zelenskyy noted, “We must all be strong enough to resist any enemy provocation. He added that for Kharkiv and Donbass, Azovstal and Mykolaiv, filtration camps, Bucha, Irpin and all other cities, all must resist provocations in order to force the invaders to account for all their strikes and terror. “We all have to be strong enough to endure and go to Ukrainian victory,” he said.

The beleaguered president further stressed that they have worked hard to be ready for next week, which is crucial for their nation as Ukraine Flag Day and Independence Day approach. Informing about the event, Zelenskyy said there will be a ceremony honoring those who fought in the conflict to liberate Ukraine. In the video, he said, “This year you can literally smell in the air of Crimea that the occupation there is temporary and Ukraine is coming back.”

Zelenskyy even pointed out that amid the celebrations, important talks and visits from Ukraine’s “true friends” are planned for next week.

As the brutal war entered the 179th day, the Ukrainian President said the war had changed everything for Ukraine, for Europe and for the world, adding that “But let’s think again today, look and assess the path we have taken. How much has been changed – which almost everyone thought was impossible to change. Everything he managed to win, wrest from the Russian army… was considered invincible .

Additionally, President Volodymyr Zelenskyy issued a warning, citing recent bombings in Crimea and a missile that injured 12 civilians near a nuclear power plant.

On Saturday, Ukraine held a mock parade of Russian military tanks that had been destroyed, taunting the Muscovite military and Russian President Vladimir Putin. Ahead of the country’s Independence Day on August 24, Kyiv soldiers staged a parade of destroyed Russian military equipment through the streets of the capital, Kyiv. Additionally, Ukrainian residents could be seen standing atop the destroyed Russian armored vehicles while celebrating and taking photos.