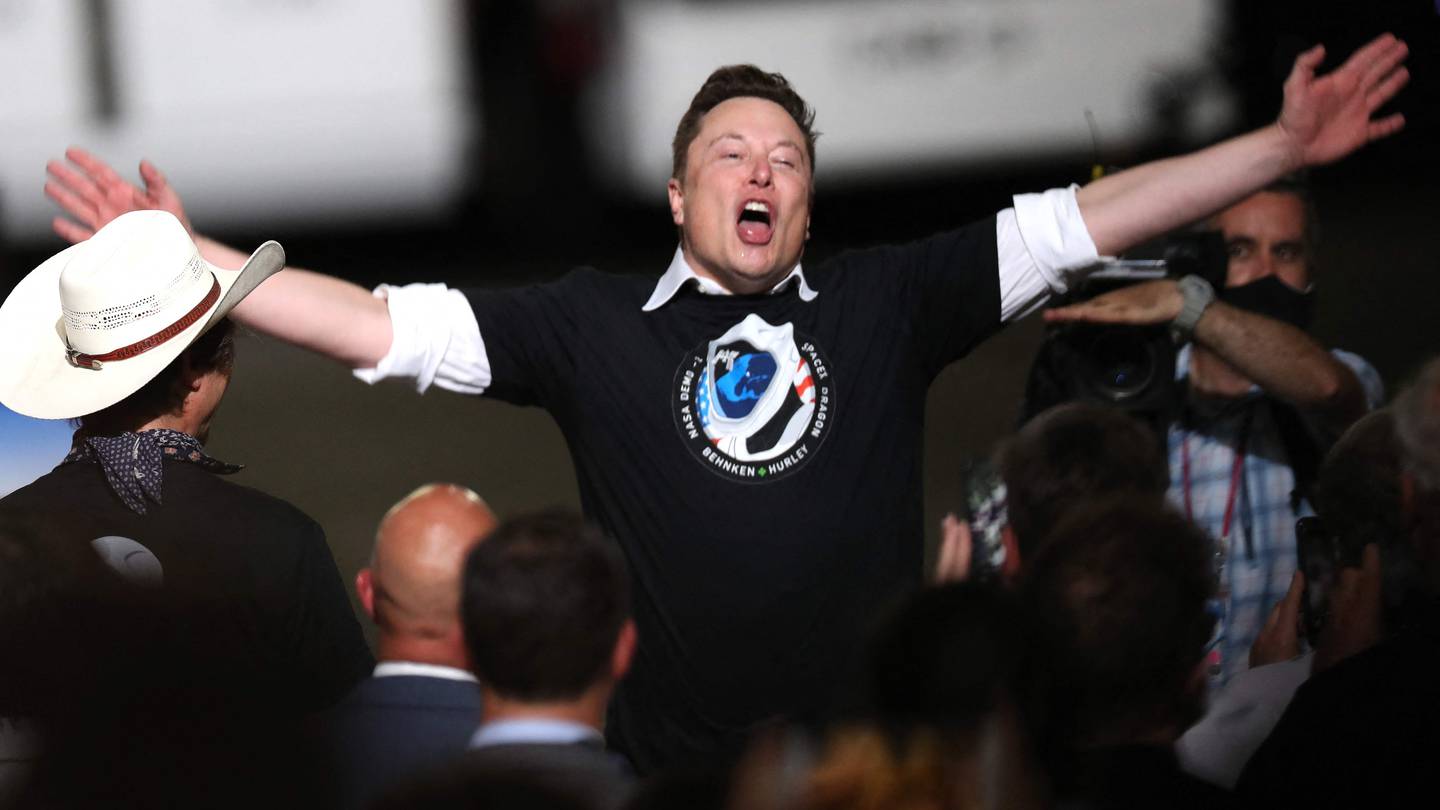 Elon Musk’s wealth has reached levels never reached by John D Rockefeller. Bill Hwang lost $ 20 billion in a matter of days, Bill Gates – once the richest man in the world – divorced and shared his fortune with his ex-wife Melinda French Gates.

For the wealthiest people on the planet, 2021 has been a year of huge gains, extreme losses, and unprecedented scrutiny.

Above all, it was a good time to be multibillionaire. Soaring stock markets and rising valuations of everything – from mansions to cryptocurrencies to commodities – have inflated the collective fortunes of the richest 500 people by more than $ 1,000 billion even as the pandemic of Covid-19 left the world in shock for a second year.

The gains mean there are now a record 10 fortunes exceeding $ 100 billion, over 200 above $ 10 billion and Mr. Musk has reached the inflation-adjusted level of wealth reached by the richest person in modern history.

The combined fortunes of the Bloomberg Billionaires Index now exceed $ 8.4 billion, more than the gross domestic product of all countries except the United States and China.

Mr Musk ended 2021 with a personal fortune of $ 273.5 billion, followed by Amazon founder Jeff Bezos as the second richest person in the world at $ 194.2 billion and LVMH chairman Bernard Arnault with $ 177.1 billion. To round out the top five, Mr. Gates with $ 138.3 billion and Google co-founder Larry Page with $ 129.5 billion.

The huge fortunes amassed by the 0.001% also underscored just how more entrenched the uneven recovery after the economic shock of Covid-19 has become.

While the wealthiest enjoyed bumper markets and flexible fiscal policies, the pandemic has pushed up to 150 million people into extreme poverty, according to World Bank estimates, a number that is expected to increase if the inflation continues to rise.

â€œSince the mid-1990s, the share of wealth held by the richest 0.01% in the world has increased from around 7% to 11%,â€ said Lucas Chancel, co-director of the World Inequality Lab in Paris. School of Economics. . â€œThe crisis has not reversed this trend. It amplified it slightly.

From Washington to Moscow to Beijing, politicians have stepped up rhetoric around the ultra-rich, promising to raise taxes and close loopholes in response to public pressure and depleted budgets.

The billionaire tax, however, quickly drew the contempt of people like Mr. Musk and was gone within days. An earlier proposal by US President Joe Biden to increase inheritance taxes and almost double those on capital gains, a primary source of income for many billionaires, has also disappeared.

US Senator Joe Manchin’s objection to the Build Back Better plan could rule out tax increases of any kind for the wealthy in the near future.

However, on December 20, Mr. Musk tweeted that he would pay more than $ 11 billion in taxes for 2021. The bill comes after Mr. Musk exercised around 15 million options and sold millions of options. ‘actions to cover taxes related to these transactions.

For those wondering, I’ll pay over $ 11 billion in taxes this year

It was a different story in China. The country’s financial elite had its worst year since Bloomberg began tracking wealth in 2012, losing $ 61 billion as Beijing cracked down on Big Tech and promoted “common prosperity.” Jack Ma of Alibaba Group Holding has faded from the public eye and real estate moguls have lost $ 35 billion amid debt tightening.

No one embodies compression better than Hui Ka Yan of China Evergrande Group. Once China’s second richest person, Mr. Hui’s net worth has fallen by $ 17 billion this year as his real estate empire crumbles under crushing debt. The government urged him to use his personal wealth – including a mega-yacht – to help pay back investors.

The gyrating value of digital coins added and then erased billions for cryptocurrency influencer Mike Novogratz, while a record number of initial public offerings increased the paper wealth of founders such as Brian Armstrong of the platform. crypto-trading Coinbase and Brazilian CEO of FinTech David Velez.

Former US President Donald Trump, who left office much poorer than when he entered the White House, could make billions of dollars if his fledgling media company manages to complete its Spac merger with a blank check company .

At the end of the year, 42 members of the Bloomberg Billionaires Index made their ranking debut in 2021, mostly through IPOs.

All in all, it has been a year of big swings and massive payouts. With soaring valuations and growing mistrust of potential tax hikes, many billionaires have seized the opportunity to sell.

A low-key Chicago clan has struck a $ 32 billion deal with private capital for its medical supplier, possibly the biggest liquidity event in history for a single family.

America’s richest billionaires unloaded $ 43 billion in stocks in early December, more than double the $ 20 billion they sold in 2020.

Fortunes have been reshaped in other ways. The Gates ‘divorce has meant the Microsoft co-founder has divested assets, while securing Ms French Gates’ own place in the index, where she is ranked 194th.

MacKenzie Scott set philanthropy records as her former husband, Mr Bezos, stepped up giving to environmental causes after he stepped down as chief executive of Amazon.

Along with the stratospheric monetary gains, there have been implosions. In March, former hedge fund manager Bill Hwang went from obscurity to infamy in the blink of an eye when his family office, Archegos Capital Management, collapsed under the weight of leveraged betting embittered, vaporizing a fortune of $ 20 billion.

Lucas Chancel, co-director of the World Inequality Lab at the Paris School of Economics

At the center of it all – market volatility, drifting cryptocurrencies, tax talk, selling, record wealth gains – was Mr. Musk. The revered and vilified entrepreneur peaked the index in January and remained at the top for most of the year, thanks to Tesla’s rising stock price, steady earnings growth and value. growing SpaceX.

The rise of the electric car maker has been so steep that it propelled its third shareholder, Leo KoGuan, a low-key Singapore-based retail trader and avowed Mr. Musk super fan, to the index with a fortune of 10, $ 8 billion.

A constant throughout the year have been the often sophomoric tweets of the world’s richest person mocking regulators, mocking cryptocurrencies, or pondering the obligations, fiscal and otherwise, of the super rich. Mr. Musk’s social media feed frequently reflected the adversarial relationship between mega-billionaires and everyone else in a volatile and increasingly unequal time.