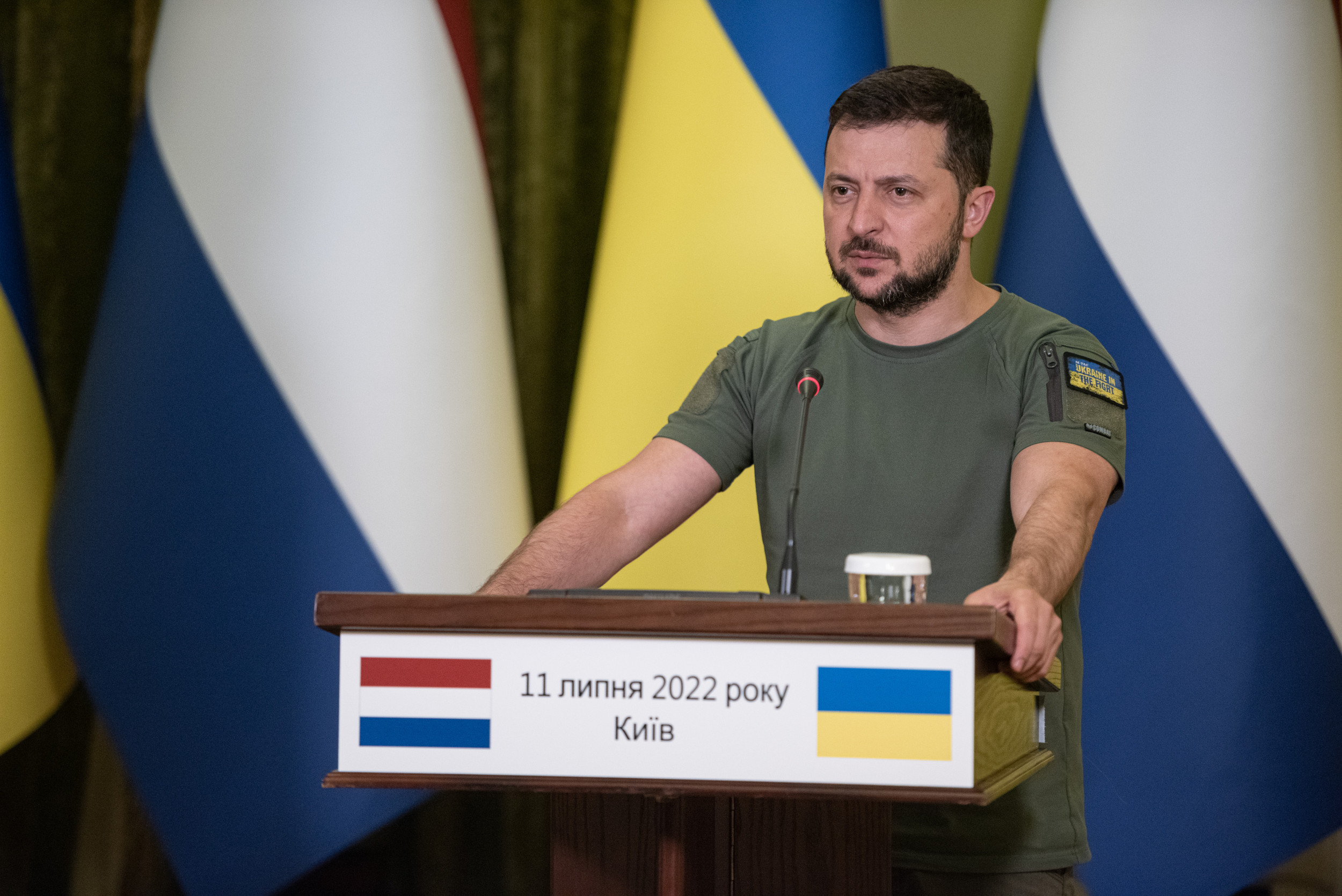 Ukrainian President Volodymyr Zelensky has taken to social media to dispel misinformation that he lost control of the county after falling ill, making him the latest world leader to address potentially destabilizing rumors about their health.

Appearing in good health in an Instagram video posted on Thursday, Zelensky blamed Russia for another cyberattack on Ukraine, this time, he said, for spreading “fake news” that he was hospitalized and required intensive care.

Ukrainian officials have already pushed back against ongoing Russian disinformation campaigns. Now Zelensky joins heads of state in the United States, China and Russia who have faced reports of poor health amid possible efforts to cast doubt on each leader’s fitness to hold office. a position.

“Anyway, I’m in the office,” Zelensky said in the video, state news agency Ukrinform reported. “I’ve never felt stronger than I do now. And bad news for all of you who spread such fake news. I’m not alone, there are 40 million of us.”

Ukraine’s special state communications service said in a Telegram article on Thursday that “cybercriminals” had hacked into Ukrainian radio stations to spread false information that the country’s parliament leader had stepped in to lead the country after that a crippled Zelensky could not do the job.

TAVR Media, a Ukrainian broadcaster targeted by the attack, said in a Facebook post that claims about Zelensky’s health “do not correspond to reality” and that the company was working to address the issue.

Dressed in an olive green military t-shirt, the type he’s worn since Russia’s invasion of Ukraine in February, Zelensky appeared against the backdrop of an official-looking office in the video. Zelensky concluded the video by saying, “with all due respect to old age, 44 is not 70.”

Zelensky, 44, was likely referring to Russian President Vladimir Putin, 69, who has also been the target of reports of poor health.

Speculation and rumors about the Russian leader’s health have been swirling for years, but have intensified since Putin launched his invasion of Ukraine. Newsweek reported last month that a classified US report revealed that Putin underwent treatment in April for advanced cancer.

Similarly, British tabloids reported that Chinese President Xi Jinping, a 69-year-old smoker, was diagnosed with a brain aneurysm but will not undergo surgery due to the risks.

During his bid for president in 2019, Joe Biden, then 76, also faced speculation that he was quietly battling serious health issues.

On the same day Zelensky denied being ill, the White House revealed that Biden, now 79, had tested positive for COVID-19 and had “very mild symptoms.”