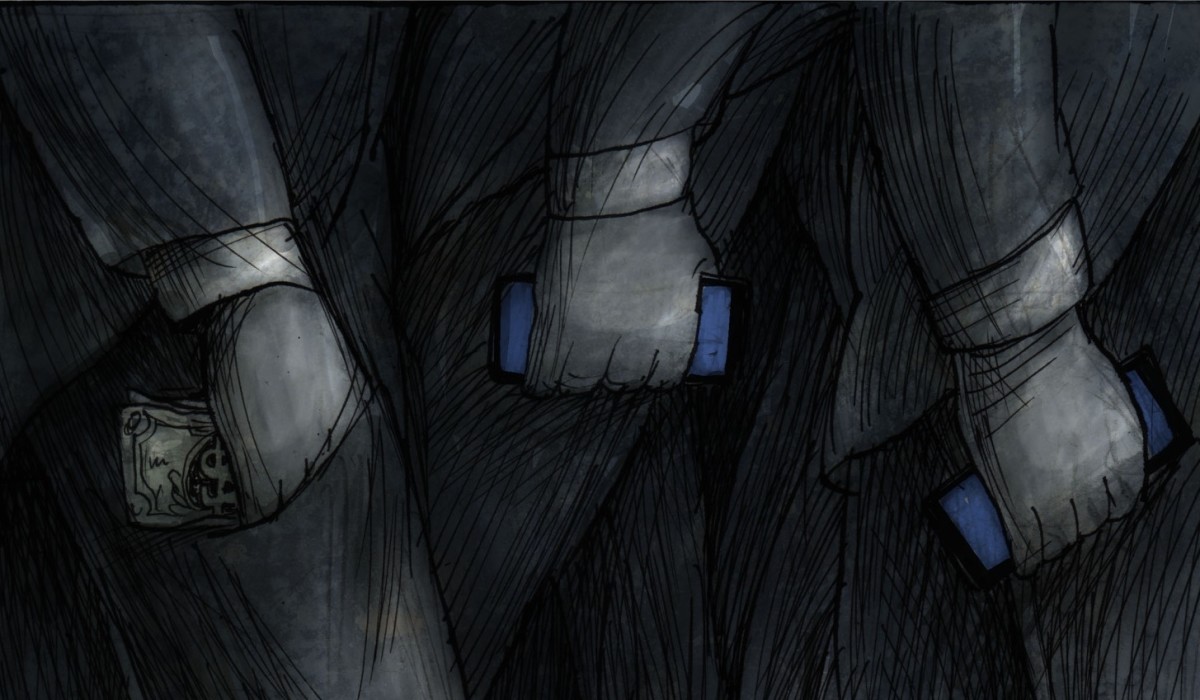 There are many things that Michael Hudson and I agree on, especially regarding the growing economic and political influence of finance capital over the past half-century. We differ, however, in our analyzes of how the growing global weight of finance capital destabilizes the global capitalist economy (and in particular the American and British variants) as well as its role in the American economic empire, i.e. say imperialism.

Another difference between Hudson and me is that Hudson sees debt as the centerpiece and linchpin of reforming the current capitalist economic system. He thus calls for a “debt jubilee” in which, through politico-legal action, debt is purged from the capitalist system. In my view, however, a debt jubilee is a politically naïve call for reform.

Capital cannot function without debt and, by becoming financialized, it necessarily creates more debt in order to function. Therefore, calling for a “jubilee” in which the debt is erased first requires a political revolution. It is not possible to “reform” excess debt by purging it from the capitalist system. The political elite of capital will not self-assassinate. The call to the Jubilee is therefore a naive reformist demand, never realizable.

Yet another important difference in our analyzes is that Hudson sees a direct conflict between finance capital and industrial capital in the 21st century in which the former prevails over the latter. On the other hand, I think that this proposal for a class dichotomy is too assumed. Capital is capital and the two expressions – financial and industrial – are actually quite integrated. Finance capital becomes more industrial; Industrial capital has been financialized for some time and is becoming increasingly so.

This writer recently joined a discussion on another blog, where comments and exchanges took place on Michael Hudson’s book, super imperialismin which his basic propositions above concerning debt, finance capital and imperialism have been discussed.

My response and contribution to the discussion were as follows:

“Hudson is right about the increasing financialization of capitalism in the late 20th century, which accelerates in the 21st, and that financialization creates excess debt in its wake. But he is wrong about industrial capital (China, Russia) versus finance capital (USA). The United States is still the world leader in industrial capital. The United States and China each produce around 25% of the world’s production of goods.

The United States does this with fewer workers, which means its rate of labor exploitation is higher. More importantly, Hudson misses the fact that since the advent of neoliberal economic policies (late 1970s and since), the United States has allowed its multinational body to offshore much of the production of American goods. Thus, when industrial capital inside the United States is combined with American industrial capital relocated to the empire, American capitalism is always the leader of “industrial” capital. It is also the leader of “financial” capital.

But let’s cut to the chase: in the era of global capitalism and the global economic empire of the United States, one cannot compare national economies (China v. United States). As neoliberal policies were implemented and extended from Reagan to Biden, finance capital also grew overseas along with industrial capital, beginning in the late 1980s and accelerating. . The American empire around the same time also created what I call the “twin deficit” solution to allow American capitalism to repatriate much of the surplus value created by its multinational offshore corporations. It deliberately and consciously (as a result of the Plaza (NY) agreements with Japan and the Louvre agreements with Europe) ran a trade deficit in which monetary capital created abroad was recycled back to the United States under the form of purchases of US Treasury bills and other acquisitions of mergers and acquisitions. This surplus allowed the United States to in turn run massive budget deficits, which allowed the United States to finance constant wars in the 21st century ($8,000,000) while cutting $15,000,000 from corporate and investor taxes. Global financialization was essential to recycle this added value created abroad.

In short, US trade deficits are “good” for US capitalists in that they ultimately increase the global repatriation of value and, very importantly, allow the financing of wars and massive tax cuts for capitalists (i.e. the state returns value to the capitalists through the tax system).

The empire and the American capitalists find that industrial and financial capital is profitable. In some ways, the former is even more profitable. (Note here that ‘benefits’ are both from productive labor and ‘fictitious’, for Marxists).

Capitalism sucks the profits of global productive labor through imperial policies. But at the same time it creates more fictitious profits. Contrary to the analysis of contemporary Marxists, fictitious capital is not unimportant…at least not for capitalists. Capital and fictitious profits increase because there is no cost of goods, no need for labor in most cases, and turnover is much faster than for profits of industrial goods.

It is naïve to call for a debt jubilee without specifying that debt is essential today (in many forms and not just to finance industrial capital as in the 19th century) for capitalism and the global economic empire of United States. An anti-capitalist revolution would be needed to clear debt in general from the system. Hudson does not understand this and calls for a debt jubilee under capitalism, as if the capitalists would accept such “reforms” anyway that would overthrow their own economy and eliminate much of their current profit maximizing system (labour fictional and productive). profits). An anti-capitalist revolution would be needed to erase debt on any scale. And it takes a political strategy, not an economic reform proposal to pass legislation to enact a debt jubilee.

There’s another comment on Hudson’super imperialism‘ thesis and view that financialization takes precedence over real investment, leading to the decline of the American economic empire, while finance capital dominates industrial capital:

Do capitalist global energy companies represent industrial capital? Yes, they produce unsustainable products called petroleum (and their chemical derivatives). They profit from industrial production. But the world price and therefore the profits of oil are as much “financial” as industrial. Much of the price and profit is determined by financial capitalists who speculate on global oil futures exchanges. Profits are therefore both industrial (production) and exchange (speculation on financial oil futures markets). So, are global oil companies “industrial” or “financial”? How to talk about industrial vs. financial in this case? The same is true for most globally traded industrial commodities, also bought and sold on futures markets. And then there are the great manufacturing bodies of the world. Many of them derive the majority of their “profits” from investing in financial assets, not from production.

In other words, in 21st century global capitalism, led by the American empire, the old 19th century distinction between banker/finance capital and industrial capital is largely inaccurate. It’s just capital, finding ways to leverage finance in order to create even more “fictitious” monetary capital as it squeezes labor to extract more value and therefore also profits from production.