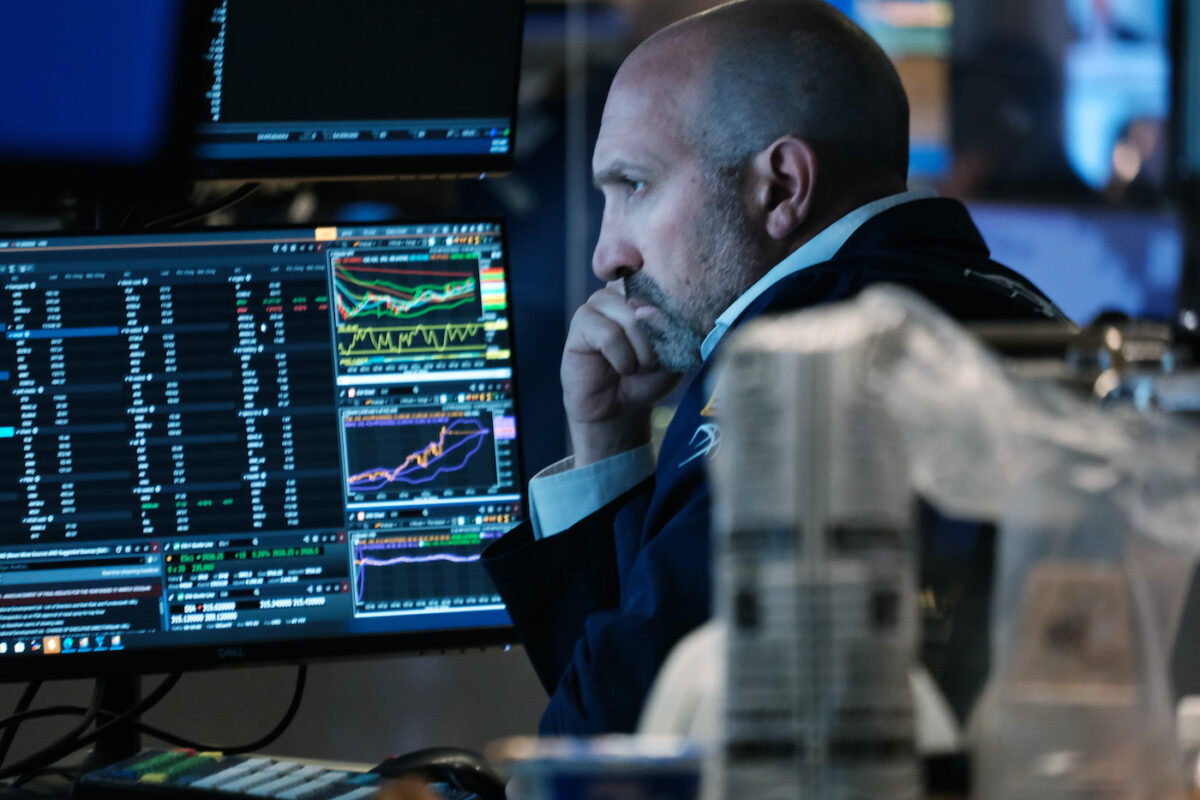 Within months, the future didn’t just darken, it turned black. Think back to the end of last year, or even the first few months of this year. The “technical recession” of the US economy came as a complete surprise. Even though the prices of gasoline and food had risen along with those of far too many goods, everyone from policymakers to politicians to business leaders was still very optimistic.

You were much more likely to hear about the overheating economy that needed slowing than the dangers of a slowdown that would quickly turn into a nightmare.

We know how positive companies were because of their behavior. Forget what was being said; look at what these leaders have done with their companies. Even though (to some extent because) containers and container ships remained crammed, stuck from China trying to land and unload on the West Coast of the United States, retailers, wholesalers, everyone world continued to order to the maximum.

Container prices had peaked in September 2021, according to Freightos; the average at that time was nearly $11,000 per standard canister. With only slight improvements in transport and supply logistics, these fees had eased a bit from that peak – still roughly $10,000 per person as of mid-March 2022 – reflecting the willingness of companies to maintain the flow of goods.

During this happy period, stocks had started to reach all-time highs. The economy was hot and should stay that way. It was widely believed that the biggest risk to good times was not having enough stuff on the shelves (remember #emptyshelves?). 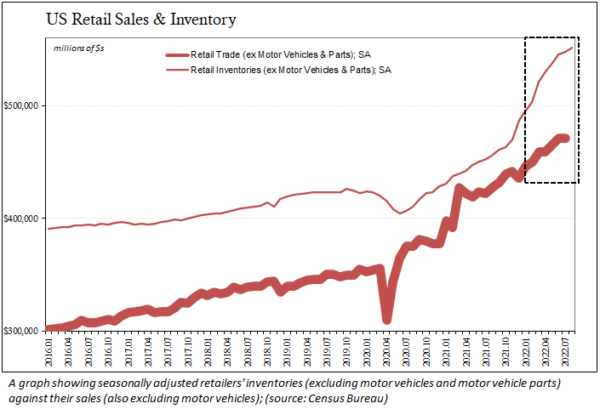 Using Census Bureau estimates and then adjusting them by the BLS CPI (or core CPI, if applicable), retailer inventories soared nearly 13% in just 10 months between October 2021 and end of August 2022 (latest advanced data). Again, this is in constant 1982-84 dollars.

The closest at any other time to such volume was a 7% increase in the 20 months between mid-2003 and the end of 2004, when the “recovery” from the dot-com recession finally began. 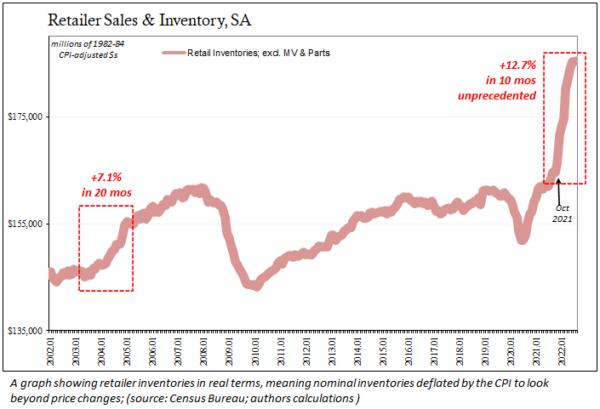 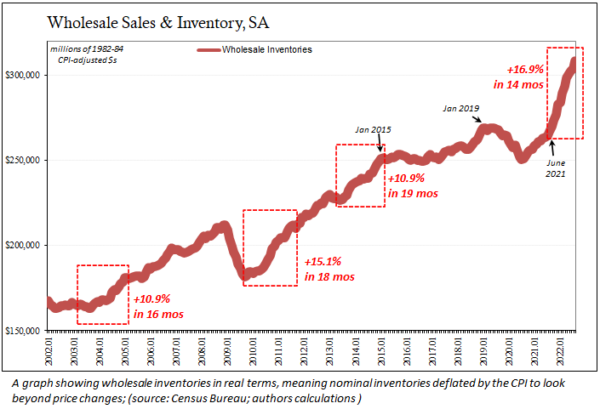 Wholesalers were also involved. Adjusting prices, wholesale stocks have jumped 17% in the last 14 months since July 2021. You have to go back to the period immediately following the end of the Great Recession of 2009 for something similar, and even then, it was a 15% increase stretched over a year and a half.

Around May and June, however, business leaders began to realize that the US “technical recession” at the start of the year was more severe than first thought. The initial GDP contraction, believe it or not, had been discounted on the accounting techniques used to calculate inventory contributions!

But real economic weakness persisted for reasons that should have been obvious. Consumers were already strained even since last year, then with soaring gasoline prices, food prices soared, spending habits predictably turned into frugality. Corporate America had mistaken one-time commodity greed stimulated by artificial means (federal authorities, not the Fed) for something permanent that it had clearly never been.

Economic reversals, however, are a rather slow and uneven process. It’s not like companies are flipping a switch from getting it all to stopping it all at once. Instead, the order was fine-tuned first, with inventory once growing at a slightly slower sustained historical rate. The unbridled positivity had only turned into cautious optimism.

The most recent inventory estimates show that this continued to be the general perception until late last summer. Again, taking prices into account, inventories in August were no worse than flat compared to July or June. No huge discounts for retailers or wholesalers, yet.

“I hesitate to call it a bloodbath, but it’s going to be lousy in terms of the amount of discounts and markdowns.”

It was Richard Hayne, CEO of Urban Outfitters. His comment was not outlier, as Nordstrom’s chief financial officer Anne Bramman admitted earlier in September. After slashing his company’s revenue and even more profit forecasts, due to far too much inventory, Bramman added that the discounts to get rid of unsold inventory were “much deeper” and, worse, could ” take a few quarters” to settle.

Overall, average container prices fell to nearly $4,000 per unit, nearly two-thirds below the peak. Those from China to the west coast of the United States, where it used to cost almost $20,000 because of how much of what Americans buy goes from one to the other, now you can get a container for $3,441 (or thereabouts). This current average is now lower than that of summer 2020.

But the most worrying but predictable development has been the recession, which is only now affecting the employment situation. If unemployment remains low, this is at best a lagging indicator; at worst, as it was before, completely distorting the health of the labor market and the economy. Some government data shows that companies are reducing and have reduced their working hours, converting full-time jobs into part-time jobs. 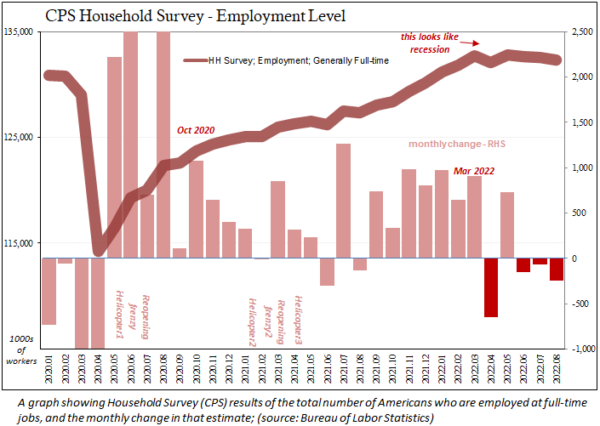 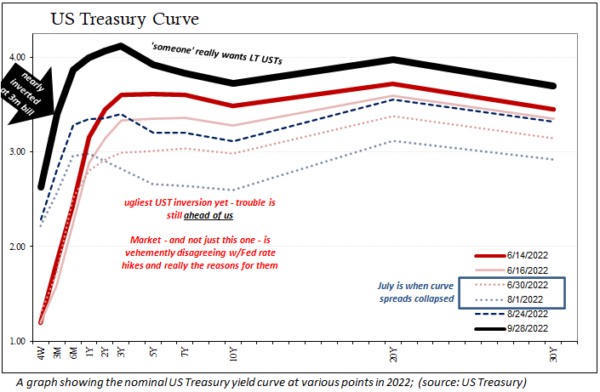 This is just the start, with warnings like this coming from Julia Pollack, Chief Economist for ZipRecruiter:

“We haven’t seen the normal September spike in companies posting for temporary help. Companies are hanging back and waiting to see what the conditions are. »

I wrote here in these pages about how the markets warned early last year that the economy had never been truly robust. They predicted mounting difficulties from the start, long before Russia/Ukraine and the last devastating oil surge. Midway through the year, the curves hit 2007 reversal levels, predicting what we’re only now beginning to hear from the previously very confident people.

In other words, this soon to be forgotten technical recession was really nothing to worry about, albeit for completely different reasons. Rather than representing the previous “worst case” of a white-hot economy slowing down to just plain great, it had instead been the opening phase of a much worse and more prolonged slide whose worst days are yet to come.

Jeff Snider is chief strategist for Atlas Financial and co-host of the popular Eurodollar University podcast. Jeff is one of the foremost experts on the global monetary system, in particular the Eurodollar reserve currency system and its intricacies and grossly misunderstood inner workings, particularly the repo/securities lending markets.