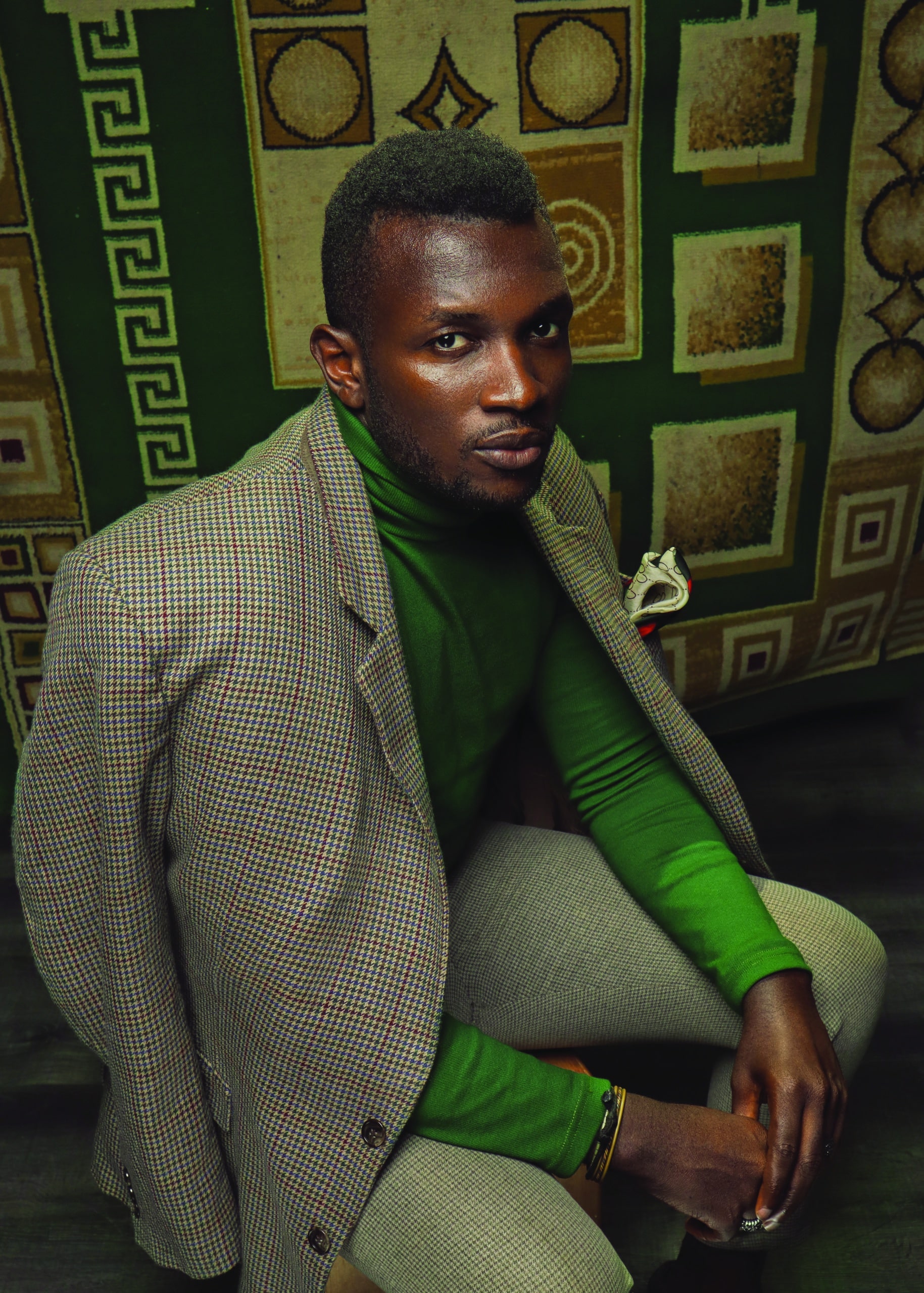 Life has a way of imitating art. For Ifan Ifeanyi Michael, it’s the opposite. The famous Nigerian fashion designer, actor and filmmaker has come a long way from the destitute 10-year-old he once was.

IFAN IFEANYI Michael starts telling his life story on a Zoom call from Lagos, Nigeria. A call girl, sexual abuse…and it plays out in a way that could put movie scripts to shame. But that’s how this Nigerian actor, director and brand consultant overcame seemingly impossible hurdles to become the success he is today.

Listed in the FORBES AFRICA 30 Under 30 list in 2021 and recipient of the African Magic Viewers’ Choice Awards, Michael, in this interview, talks about what shaped his life and is overwhelmed with emotions as he relives some of the most traumatic episodes of his childhood.

He just can’t shake them.

“I was sexually abused by a barber because I needed housing and didn’t want to be thrown out on the street. But still, I got kicked out of the house at 1am,” Michael said bluntly.

Today, he is a living testimony that tough times don’t last, but tough people do. He left his home of Port Harcourt in Nigeria at the age of 10 to pursue his dream of becoming a filmmaker in Lagos.

“I came to Lagos to meet a trader to sell him my story. When I arrived in Lagos his phone was off and I couldn’t reach him…I didn’t think I was going to be fooled. I was excited to showcase my work,” says Michael.

He got stranded but made it to a popular hotel in Lagos frequented by the
film fraternity, hoping to find someone who would believe in his script and help him realize his dream.

“It was just survival for me. I had nowhere to go. Do I go back to my parents’ two-room apartment where there were seven of us, or who do I call?

He vividly remembers some of the older passengers on the bus to Lagos asking where his parents were even as he prayed earnestly that they would not take him home.

Once in Lagos, there was no turning back for young Michael. He had to make things work. He came across a lady who worked as a call girl who happily took him in and provided him with temporary accommodation.

“In the morning she would take us to sleep and in the afternoon we would leave so she could get ready for her clients. She took pity on me because I was very young. There were times when I didn’t even eat,” recalls Michael.

During the day, he went to every audition in town to land extra roles in order to make ends meet. He believed that the only way to achieve his dream of becoming a filmmaker was to have more courage and tenacity than other dreamers who wanted to succeed in Nollywood.

“Money was really bad in those days but it was good for food and daily expenses. I used to travel all over the place auditioning for different roles until I got my first break. I contacted the producer of the film and told him how passionate I was. He said he had someone else for the role. So I looked up his address and I came all the way to find it and told him and he was so surprised.

“I couldn’t even afford to go home so he let me sleep at his house and that morning he gave me the script for The Evangelist and that was my biggest break from the game,” says Michael.

The turmoil didn’t stop there. Michael also started doing PR for upcoming musical artists by bringing their CDs to the local market to publicize them. The PR turmoil landed him a lucrative contract with a new hotel that gave him the capital he needed to finally achieve his ambition of becoming a filmmaker.

Lotana, his first feature film, tells the story of a young man who discovers that he must repay a huge debt to a loan shark owed by his father before his sudden death.

Michael admits that he has no formal education, but managed to carve out a place for himself in the Nigerian entertainment industry with nothing but determination.

And he has several roles.

As a fashion stylist, he has worked with some of the biggest celebrities in Lagos. He is also the founder of an advertising management company dedicated to the media and entertainment industry.

“The dream, even then, was always to live my truth by bringing my vision to life. I know I wanted to be an actor and a filmmaker, tell stories and let my story influence people as well. I see things and I approach situations differently so that was a major motivation. Everything I went through, I knew I couldn’t stop,” says Michael.

Lotana was released in 2016 and won 10 awards out of 13 nominations at the Golden Movie Awards in Ghana. In 2020 too, he won big for his film god of strangers. With his eyes firmly set on his next feature film, he is one of Nollywood’s inspiring young cinematic talents.

The show must continue.

Get the best of Forbes Africa delivered straight to your inbox with the latest business news, insights and updates from experts across the continent.

Get this in your inbox, and more information about our products and services. By subscribing to newsletters, you agree to our terms of use and privacy policy.