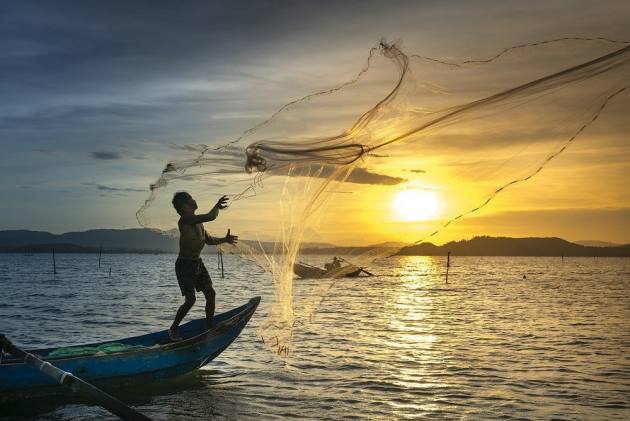 Fishing, in some ways, is akin to the vocation of primitive man many centuries ago, hunting the fish that nature provides, just as our ancestors hunted animals for food. But over time, we have learned to cultivate seas, rivers, reservoirs and various bodies of water like we cultivate the land. We breed aquatic animals and plants, especially fish, crustaceans and algae, in natural or controlled marine or freshwater environments. This is precisely what defines aquaculture; in simple terms, aquaculture is underwater agriculture.

In addition to food, the rearing and cultivation of aquatic animals and plants for ornamental purposes is also now a well-established economic activity and widely distributed around the world. Even the fierce crocodiles and alligators are commercially bred in some countries for their skin and meat. However, there is a lack of reliable data on the production of these unusual ornamental aquatic plants. Even the sparse data available on farmed crocodiles is in number of animals rather than in weight. For obvious reasons, these animals are excluded from discussion in this article; our unwavering focus being aquaculture for food and the resulting livelihoods.

According to the Food and Agriculture Organization of the United Nations (FAO), global aquaculture production reached an all-time high of 114.5 million tonnes in 2018. The total farm gate sales value of this product is set at 263.6 billion US dollars (USD). The bulk of this total production consisted of 82.1 million tonnes of aquatic animals, mainly fish and shellfish, valued at USD 250.1 billion, 32.4 million tonnes of aquatic algae assessed to $ 13.3 billion and 26,000 tonnes of ornamental shells and pearls ($ 1,79,000). Global aquaculture production grew on average by 5.3% per year in the current century until 2018. Aquaculture production has gradually overtaken that of capture fisheries. “Grow more than hunt / catch” has been the globally recognized strategy for improving fish production to meet the ever increasing needs and demand for animal protein. However, despite the increasing production of global aquaculture, marine fish farming has not yet exceeded marine capture production, although capture fisheries have shown either declining or stagnant trends throughout. the world over the past decade or more, while fish farming or aquaculture has experienced impressive growth.

The growth of inland fish farming has been much better than that of marine aquaculture, especially in the South Asian region. In 2018, inland aquaculture contributed 51.3 million tonnes of aquatic animals, or 62.5% of global farmed fish production. The share of fish in this production has gradually decreased from 97.2% in 2000 to 91.5% (47 million tonnes) in 2018, reflecting the acceleration in the growth of other species, notably the farming of crustaceans in Asia, especially shrimps, crayfish and crabs. Inland aquaculture production of shrimp includes significant volumes of marine species such as Litopenaeus Vannamei, commonly known as white-legged shrimp, cultivated in brackish or fresh water.

Asia shares 77.05% of world aquaculture production, China, with 57.93%, being the clear leader by kilometers. India with a share of 8.61% and Bangladesh with 2.93%, although far behind China are the other global aquaculture giants; the rest of Asia produces 7.58% of the world total. Clearly, therefore, besides China, it is the Indian subcontinent that is rightly called the cradle of aquaculture.

Aquaculture is a very traditional activity in the South Asian region (SAR) in general, and the Indian subcontinent in particular. The earliest examples of aquaculture were the rearing of fish in family ponds primarily for family consumption. After independence, India and Bangladesh focused on the development of modern aquaculture. Specialized institutions for the promotion of aquaculture have been created and community associations have been organized to undertake collaborative fish farming. International development agencies and FAO have also played an important role in technology transfer and policy development in the region to promote aquaculture. Subsequently, the domestication of Indian major carps (IMC), the introduction of other carps, mainly Chinese carps and common carps, the development of shrimp farming with its enormous commercial potential, the introduction of tilapia Genetically Improved Breeding (GIFT) and the introduction of Pacific white tilapia. shrimp thigh, Litopenaeus vannamei catapulted the sector into the big leagues. Bangladesh and India have been the main beneficiaries of these developments. Over time, these countries have not only become world leaders in aquaculture, but have also consolidated their position in the world fish trade.

Pakistan, Sri Lanka, Nepal, Bhutan and Maldives, other nations of the subcontinent besides Bangladesh and India, are not discussed in this article because the size of their aquaculture has not been discussed. still not reached a significant proportion to have a substantial impact on the performance of the sector in the region.

Aquaculture, especially pond culture, is a traditional activity that is very widespread in Bangladesh. Building on traditional skills, a favorable climate and the availability of suitable land, Bangladesh has become the 7the large world producer of aquaculture, sharing nearly 3% of production. In the case of freshwater carp and crustaceans, Bangladesh is the third largest producer in the world. Freshwater aquaculture is the mainstay of aquaculture in Bangladesh and constitutes around 91% of production, while brackishwater aquaculture constitutes 9%. Carp represent 54% of total aquaculture production. However, the growth of carp farming appears to be slowing down. In recent years, tilapia production, which accounts for about 12% of total aquaculture production, has increased rapidly. Bangladesh has had great success in developing GIFT or Genetically improved farmed tilapia.

India is the world’s second largest producer of farmed fish after China and accounts for over 8% of global aquaculture production. India’s share in world production has increased steadily from around 6% in the 2000s to 7% in 2010 and now to over 8%. The aquaculture sector has also experienced significant growth over the past decade, recording a steady increase of 8% or more over the period.

The spectacular growth of Indian aquaculture owes much to the research and development support it received from the start of the planned development in the country, that is to say from 1950-51. Some of the earliest initiatives in this regard date back to the mid-1950s, when work on the breeding of major Indian carp species (IMC) such as catla, rohu and mrigal was undertaken at the Cuttack research station. of the Central Inland Fisheries Research Institute. (CIFRI). By the early 1970s, the set of practices for raising BMI as a profitable business were ready to be transferred to farmers. While the package was being prepared for transfer, India had also introduced three exotic carp, the common carp from Hungary and the silver carp and grass carp from China. For example, a technology using a mixture of six species of IMC and exotic carp and labeled â€œComposite Fish Cultureâ€ or CFC was released to be extended to fish farmers as part of a coordinated research project across India on composite fish farming (AICRIP-CFC) during the decade of the 1970s. Our inland or freshwater aquaculture is supported by this solid foundation.

Indian major carps (IMC), catla, rohu and mrigal constitute about 58% of aquaculture production in India. Traditional knowledge and national preference coupled with early innovations (for example. Jayanti rohu) has contributed to the successful growth of these species. The growth of brackish water aquaculture is synonymous with the growth of Litopenaeus Vannamei, production of white-legged shrimp in India, which is now a major export product with growth of almost 50% per year.

As wild or capture fishing is under a constant and irreversible threat of extinction, the shift from hunting fish to fish farming remains the only future of fish: for food and nutritional security, and to ensure livelihoods in some of the poorest regions of the world. Asia and the Indian subcontinent hold the comparative advantage.

(The author is the former secretary of the Ministry of Fisheries, Livestock and Dairy Production, Government of India)