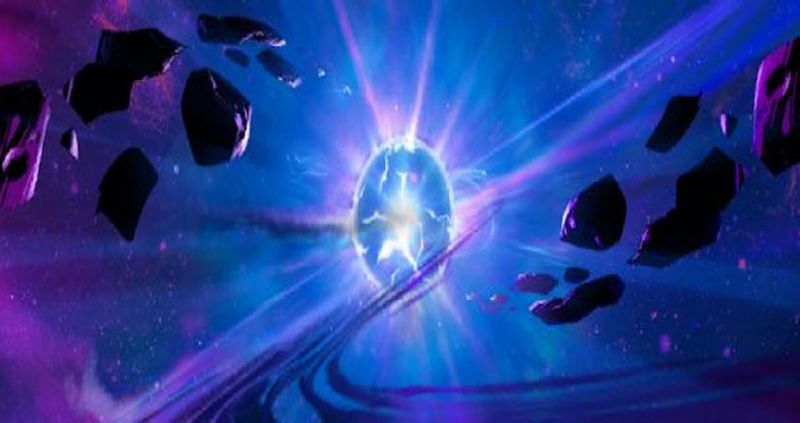 The Fortnite Season 7 live event may feature another black hole, and while it’s not new to older players, the main question to ask here is, “What the hell is that?” that means ? “

In real life, a black hole destroys anything that crosses its path. Even light cannot escape the immense force of gravity, but in Fortnite a black hole is a bit more complex.

It has elements of tradition and I like it

What could Fortnite’s black hole mean?

When the zero point began to destabilize and crumble in Fortnite Season 6, reality was not destroyed. He just started to warp. The island became a pristine state, and throughout the loop it returned to normal; that’s when The Last Reality decided to pay a visit.

With their mothership on the verge of destruction and the possibility of a black hole loading screen being presented for the first time this season, players are scratching their heads and wondering what that could mean?

Well, from now on, two hypothetical situations could arise to trigger the black hole loading screen. Both are based on speculation, and neither can come true.

It’s no coincidence that Rick and Morty were featured in Fortnite Season 7, given the alien theme. But what’s more surprising is the fact that the season finale of Rick and Morty Season 5 mirrors the zero point mechanics, the loop, and it works.

If this is indeed the case, when the mothership explodes it can create another black hole, through which players will escape the current reality and enter a new one.

Spoiler for the final episode of season 5 #rickAndMorty

I love this show â¤ï¸ pic.twitter.com/xwCeNINd6z

2) The current island is destroyed and players are teleported to the original island from Chapter 1 of Fortnite Season 10.

It is well known that the mothership is massive, to be more precise, twice the size of the current island. Logically, there is no possible way that the alien ship could be removed without severely damaging or even destroying the island.

While blowing it up in the sky would be the best option, then pieces would rain down like “Sky Fire” and turn most of the island into rubble, leaving only ash and debris.

On the other hand, if the alien ship were deactivated and fell into the nearby ocean, given its size, it would cause a massive tsunami that would destroy the island as well.

Considering the two options above, it would seem that the only way for this reality to exist would be to enter another reality or completely break free from the loop, which probably won’t happen.

Maybe the black hole loading screen will be just symbolic, or Doctor Slone’s plan goes awry. Either way, players will find out very soon as the live event is scheduled to start at 4:00 p.m. EST on September 12.