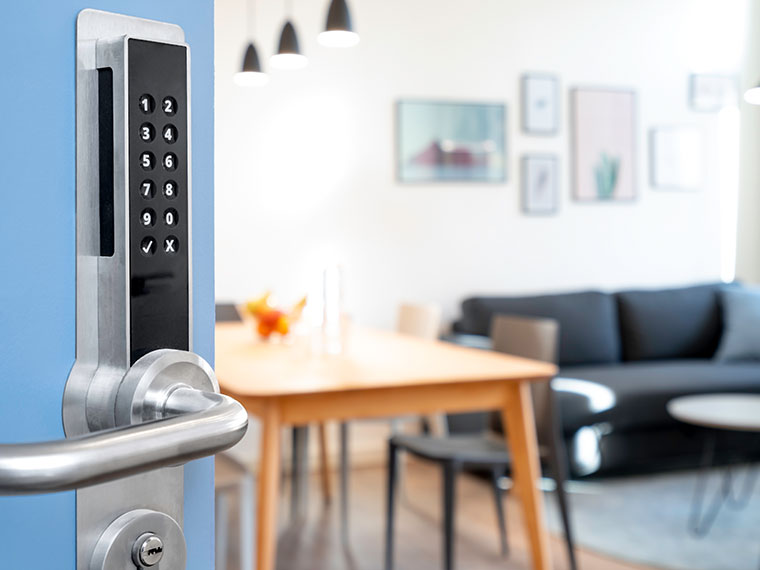 Over the past decade, tech companies like Uber and Airbnb have spawned the concept of the “sharing economy”. For most consumers, a precise definition is not necessary: ​​they need a route, a place to stay, or some other good or service that can be obtained on a modern platform.

But economists and others who study the evolving industry might benefit from a granular and consistent definition in order to ask more rigorous research questions.

In a paper published in the Journal of Management Studies, Gideon D. Markman from Colorado State, Marvin Lieberman from UCLA Anderson, Michael Leiblein from Ohio State, Li-Qun Wei from Hong Kong Baptist University and Yonggui Wang from University of International Business and Economics propose a new definition that attempts to separate the sharing economy from the larger economy and distinguishes it from “other forms of economic organization and resource orchestration”.

The sharing economy has evolved

In their definition, the sharing economy “involves multi-sided platforms that facilitate user access to – rather than ownership – assets which are rival in their use and which do not belong to said platforms”.

The sharing aspect of some of these platforms may be already familiar to consumers: with Airbnb, people literally share their homes with strangers. But others, such as Expedia or the educational platform LinkedIn Learning, also fall under this new definition.

Some earlier analyzes of the sharing economy have divided it into four categories, based on who the parties are in a given exchange facilitated by the platform:

However, the authors note, these categories may be less conceptually clarifying than focusing on “How? ‘Or’ What and What“:”How? ‘Or’ What the platforms bring together asset providers and users and What the conditions are under which temporary access to rival assets is granted.

The main distinction between today’s sharing platforms and earlier versions of commercial matchmakers (such as headhunting firms or taxi dispatchers) is how “low cost and wide reach of digital technology make it much easier[s] engagement and connections between users and providers of workforce assets and services.

The authors note several ways in which the introduction of digital technology enables wider and easier participation in sharing economy transactions and can attract new market participants:

The authors analyze Uber and Airbnb, using their definition, to better understand the precise sources of value creation and non-economic benefits. They then seek to understand how the design of Uber and Airbnb platforms affects the way value is created and distributed among asset providers, platform designers and affected users.

According to one estimate, Uber generates a total value of $ 6.76 billion per year for American consumers, an amount known as “consumer surplus,” which the authors note as an “extremely large” surplus. The company also had a market capitalization of nearly $ 74 billion as of November 2021. But much of that shareholder value has gone to venture capitalists who have invested in Uber and its founders.

Who benefits from a sharing economy is a complicated answer

Evidence of benefits for Uber drivers, on the other hand, is more mixed; indeed, some drivers lead legal battles to be reclassified as employees instead of entrepreneurs. “Our assessment is that enthusiasm for the platform has been significantly higher on the part of consumers than Uber drivers,” write the authors. Conceptually, drivers rent both their car and their working time to Uber. It is a lot to recover.

UBER market capitalization given by YCharts

Airbnb hosts, on the other hand, only rent the asset, their house or their room in the back (aside from some cleaning and administrative work). And they can be on leave from a well-paying job during the days their home is occupied. A totally different calculation.

In November 2021, Airbnb offered access to 5.6 million properties worldwide, a figure that exceeds “the combined capacity of the six largest hotel groups,” the authors note. Who captures the value here? As with Uber, Airbnb “generates substantial non-price benefits for consumers,” using technological features like expansive photo galleries, user reviews, insurance protocols, and differentiated offerings like AirbnbLuxe. For many consumers, Airbnb has changed the nature of travel itself, lowering costs compared to hotels and placing travelers in neighborhoods and other areas once beyond their reach.

Perhaps because “before the launch of the platform, the costs of finding accommodation were too high and the availability of such rentals was rather low” and because “a vacant apartment or house is significantly more expensive than an unused car, ”the authors conclude that“ the amount of value Airbnb can create by leveraging its assets is far greater than what Uber can create (all other things being equal). The value generated by Airbnb also appears to be distributed more evenly between users and asset providers, compared to Uber.

The differences in who-benefits-and-how boil down to “precise sources of value creation (types of assets and how the platform improves their use) and the distribution of value among stakeholders (in particular, the degree to which asset providers capture the benefits) “, note the authors. Their definition can be combined with previous methods of breaking down the sharing economy, such as who are the parties to transactions, to provide new insight into how different types of users and providers influence the sources of value and can benefit from the distribution of that value.