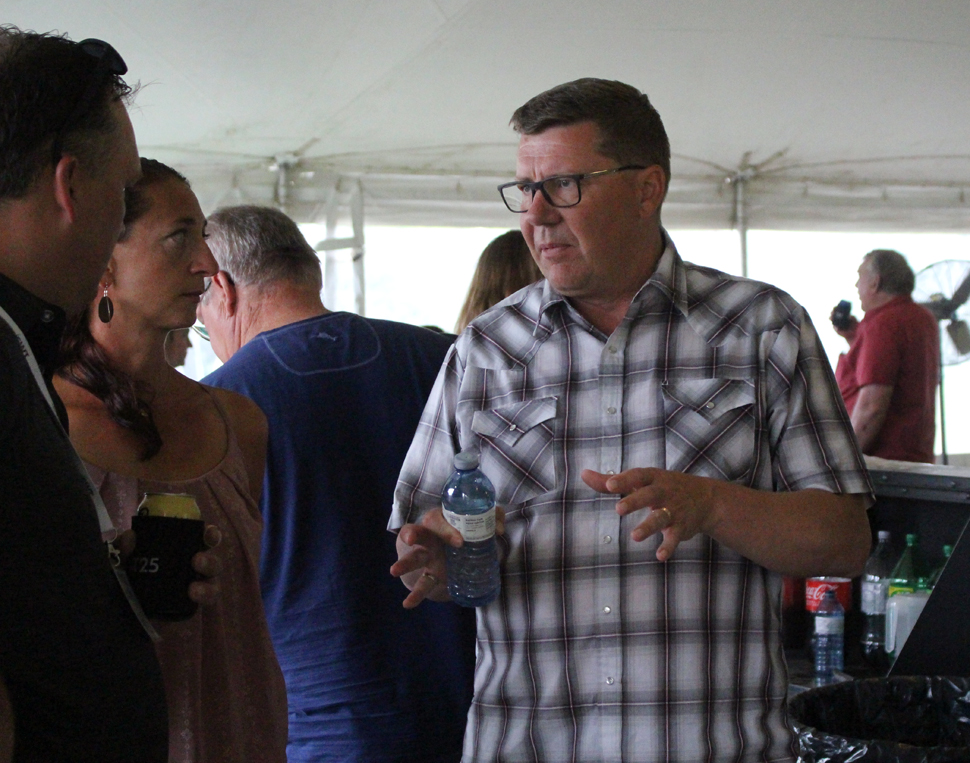 Residents of southwestern Saskatchewan were able to bring their concerns directly to the summit last week.

Premier Scott Moe was able to accompany MPP Doug Steele on a tour of the southwest, where they visited various communities for a series of town hall meetings.

Steele makes these tours to various communities throughout the year, where he listens to the concerns of his constituents to better assess the situation in the Cypress Hills area. This time, he was able to invite the Prime Minister to come and listen to the voters, face to face.

The purpose of these tours is to access discussions on issues in the communities that they deem relevant. It allows the Member of Parliament and the Premier to determine which are the priority problems in a community and its surroundings.

“It’s a great opportunity for us to really dig in a very short time,” Moe said. “We had a great day and I thank Doug Steele for organizing it and allowing me to be a part of it.”

Some of the positive effects of the tour were seeing people show up in person at town halls after two years of restrictions and actively engaging with their local and provincial governments. In Leader, people were eager to share and have discussions about local issues, and have them addressed by their elected officials.

“As you walk around, you know of various businesses and so on in our rural communities,” Moe began. “People are out there and it’s so good to see. It’s something that I personally will never take for granted again.”

Many of the issues raised in the various meetings they had throughout the tour were not exclusive or specific to Saskatchewan, but Moe was happy to listen to those concerns, as they allowed him to bring together other prime ministers to discuss how to address them. Things like health care, which in rural communities is a constant struggle for access and supply, are of course at the top of many people’s list of concerns. Although this is a national problem in rural communities, it is still a significant challenge in Saskatchewan cities.

“It’s not just that you know doctors or nurses, it’s at all levels in our facilities,” Moe said. “It shows quickly in our rural facilities. I live in a rural community and I see. We are working to address this across the province.”

There were also discussions about the South West economy and the exciting future that awaits growers and other industries. Moe is excited about the huge investments coming to the province as various natural resource industries are on the rise across the province, including in the southwest.

These days, billions of dollars are being invested in the development of the province’s natural resource sectors, the canola crushing industry, the pea protein industry, the potash industry and even the energy industry being booming. All of these sectors are present not just in the southwest, but across Saskatchewan, creating jobs for families and helping to support small communities.

“We see in my area of ​​the province over $1 billion being invested in the lumber industry,” Moe said. “There is a lot of interest in the opportunity that presents itself to us in Saskatchewan with the sustainable natural resources that we produce and how we can turn this opportunity into long-term jobs and long-term growth in our communities. .

Visiting the South West and being able to directly inform communities about opportunities in the province helps ease some of the concerns people have had over the past couple of years as many rural communities have seen their livelihoods and income disrupted during the pandemic.