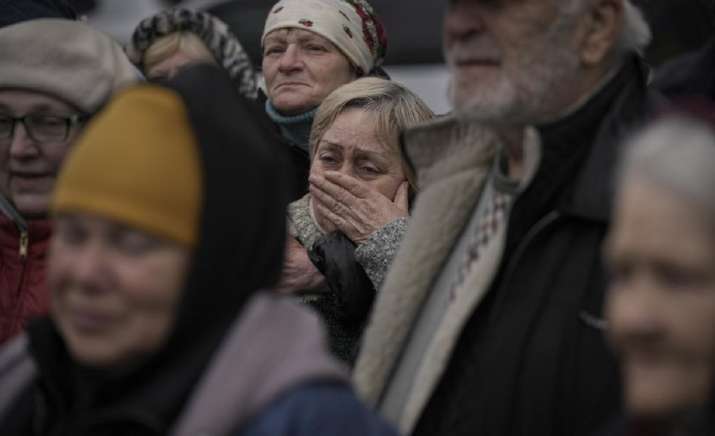 Prime Minister Boris Johnson traveled to Ukraine’s conflict-torn capital, Kyiv, to demonstrate that the UK stands “unswervingly” with Ukraine and offered new financial and military support to the country.

During his visit on Saturday, he held in-depth discussions with Ukrainian President Volodymyr Zelensky on military and economic assistance and defined new military assistance of 120 armored vehicles and new anti-ship missile systems, to support the Ukraine in the ongoing conflict with Russia.

“Ukraine defied odds and pushed Russian forces back from the gates of kyiv, achieving the greatest feat of arms of the 21st century,” Johnson said.

“It is thanks to the resolute leadership of President Zelensky and the invincible heroism and courage of the Ukrainian people that Putin’s monstrous aims are thwarted. I have made it clear today that the UK stands steadfast with them in this ongoing fight, and we are in it for the long haul,” he said.

“We are strengthening our own military and economic support and convening a global alliance to end this tragedy and ensure Ukraine’s survival and prosperity as a free and sovereign nation,” he added.

The latest supply of military equipment to Ukraine adds to the 100 million pounds of high-quality military equipment announced on Friday, including more Starstreak anti-aircraft missiles, another 800 anti-tank missiles and high-tech ammunition for strikes precision. .

This is on top of the £394million the UK said it provided in grants and will help ensure vital humanitarian services for Ukrainians continue to operate.