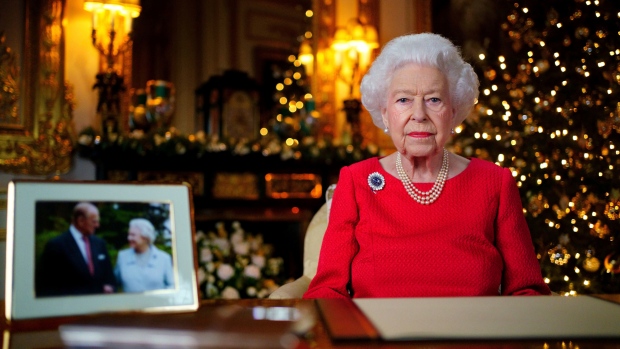 The Queen’s Christmas 2021 message was remarkably personal, poignant and moving. It was the first time that Her Majesty spoke of Prince Philip since his death, and reminds us of the sadness of the first Christmas following the death of a loved one. In the days leading up to Christmas, Buckingham Palace announced that a memorial service will be held for the late Duke of Edinburgh so that his many friends and charities, as well as Commonwealth military associations can celebrate his life in a way that they could not do at his funeral.

The Queen made several personal references to her late husband, noting that she saw the same twinkle in his eyes from their first days together as at the end, in addition to regretting what would surely be the absence of his laughter at Christmas. The Queen noted that many felt a sense of loss over Christmas, and she sympathized with them, in addition to all those who could not be together as fully as they might have wished without the new COVID-19 variant. .

In this, the Queen’s own conduct and that of the Royal Family itself have served as a beacon for the precautions taken at Windsor Castle. The royal family is no different as several members have been affected by COVID-19 over the past two years, including Princess Anne’s husband in recent weeks, further curtailing any traditional family gathering. For the second year, the Queen found herself isolated in Windsor where she and the Duke had not been to Christmas since 1987, preferring Sandringham.

The Queen herself did not publicly attend church as she normally did, but several members of the family headed by the Prince of Wales and Duchess of Cornwall did in Windsor, while Prince William and his family were present in the Chapel of the Sandringham Estate. . It’s unsettling for many not to see the Royals go about their traditional rituals, and there is a disappointment in not being able to see the younger family members in their best Christmas. But care must be taken with a 95-year-old Sovereign, as well as with other family members.

While the post mostly focused on Prince Philip’s personal memories, the post was also notable for the use of the phrase ‘passing the baton’ and focusing on the next heirs. There was a favorable reference to the Prince of Wales and Prince William taking up environmental causes and supporting them in their roles as next to the throne. The Queen also referred to Camilla, Duchess of Cornwall, and Catherine, Duchess of Cambridge by name, once again reminding the public that these two couples are the future of the monarchy. The Duchess of Cambridge had particular success with a Carol service, which she hosted at Westminster Abbey to celebrate those who have supported their communities during the pandemic, surprising audiences with a performance alongside Tom Walker . She played the piano to accompany the song “For Those Who Cannot Be Here”.

The Queen also mentioned the addition of four great-grandchildren in this year’s speech as a happy moment in what has otherwise been a difficult time. The Queen invariably uses her Christmas message to remind listeners of the essential Christian message at Christmas. And she did so once again by referring to the many activities that can go on even in these troubled times, as well as the happiness we see at Christmas in renewal and as seen through the eyes of children.

There is no doubt that 2021 has been one of the most difficult and difficult years in the Queen’s longest reign, besides her personal loss. We miss the death of her husband, who has been an equal partner in many ways, both visible and invisible, and his absence. For many, the leadership he provided to the family is now clearer, perhaps thanks to the difficulties faced by family members. Philip was often instrumental in crafting the Queen’s Christmas message, which is personal rather than government advice, and he was convinced it should have a religious orientation.

2020 and 2021 have been difficult years for the 95-year-old Queen as she responds to the challenges created by the departure of the Duke and Duchess of Sussex, their statements in the media and in their interview with Oprah. This was compounded by the lingering difficulties faced by her son, Prince Andrew, due to his association with Jeffrey Epstein and various legal cases in which he is now involved. On the one hand, the specter of two of the younger and more promising members of the royal family leaving due to their dissatisfaction with their place in the royal family while another member is no longer able to appear as an active royal because of his personal conduct. , has created a very intrusive aura over the past few years in this otherwise successful reign. The two princes will continue to cause trouble in 2022, given the legal process and an upcoming book by Prince Harry.

The Queen’s health has been the subject of speculation and it appears Her Majesty has aged considerably over the past year, appearing thinner and a little less shiny. The Queen has been unable to undertake public engagements for most of 2020 and 2021 due to the risk to her safety, and since October she has stopped doing so by order of a doctor for an illness not specified. It is clear that there are mobility and back issues which also make it difficult for her to move around as she clearly wants. There is a growing feeling that with the Queen’s apparent decline in health and with the struggles of the Royal Family, it’s a lot to ask someone her age to play the part like she did in the past. We are less likely to see the Queen in public like we have in the future.

Focusing on the future, the Queen’s message predicted the Platinum Jubilee Year which begins on February 6. Many Canadians will look forward to seeing a government announcement here about projects that can be undertaken, in line with environmental initiatives, or in recognition of those who have provided invaluable support to the community during the pandemic. There will be anticipation for the big jubilee celebrations June 2-5 in London and hopefully health advice allows for public participation.

Since the message is addressed to the entire Commonwealth, the Queen has also noted the upcoming Commonwealth Games which will be held in Birmingham from July 28 to August 31. 8. As Head of the Commonwealth, the Games bring great joy to the Queen when this family of nations comes together for a sporting and cultural celebration.

The Queen will no doubt join many in the Commonwealth in wishing a loving farewell to 2021 and all that it has brought us. The royals will look forward to getting back to their full schedules, supporting recovery and resilience, and recognizing the special contributions of so many in the health services to help us weather the pandemic.

But as we look to 2022, many will send Her Majesty their best wishes for health. There is great hope that the Platinum Jubilee Year may coincide with a turning point in the pandemic and that Her Majesty can fully enjoy it, as the people of the Commonwealth show their respect and appreciation for her life of dedicated service and example for 70 years.