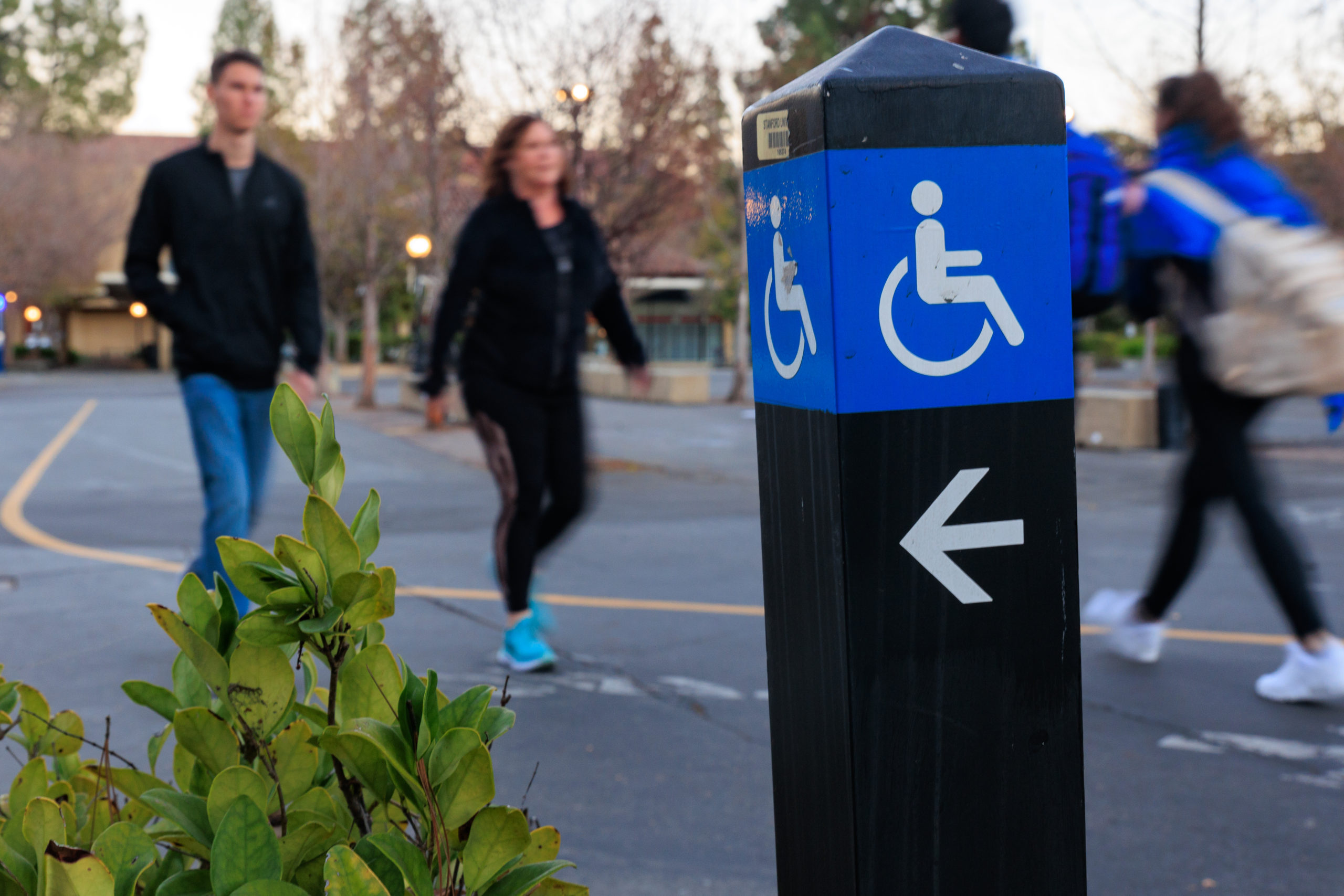 Stanford’s Disability Community Space (DCS) opened its doors last week, a monumental change that disability advocates — myself included — have been fighting for for years. We had a virtual opening, where people played games, talked, and reveled in the much-needed reward for our efforts. Various administrators showed up on Zoom to bask in the roles they had played in the process.

I recently had a conversation with a professor who praised the Color Genomics COVID-19 system used by Stanford. Students, faculty and staff use test kits at home, placing samples in test tubes and activating the kits by entering barcodes into an online database. This system is convenient for most.

A Toyota Super Bowl ad that aired on Feb. 13 received tons of media coverage. It featured a blind Paralympian and his brother, who serves as his guide. They have received numerous Paralympic medals. The advertisement ends with the words “Begin the journey to your impossible”. This ad received endless praise in YouTube comments and media coverage

Inaccessibility is rampant in our society, and here are three examples. The DCS currently has fluorescent lights, which could be harmful to people with epilepsy, ADHD, and some forms of autism. The furniture is fully rolling, which some administrators were incredibly proud of. People will be able to arrange the furniture in the way that suits them best. However, this constant moving of furniture will be disorienting and dangerous for me and other blind people. These are two things that I and others had mentioned many times before the space opened. It is not a welcoming “community space”.

Stanford’s COVID-19 testing system, while beneficial and “easy” for some, is not so easy for the visually impaired. I asked my seeing teacher how he would navigate the system as a blind person; they weren’t sure, and after thinking about that thought, their praise of the system instantly faded – they just hadn’t thought of it before.

The Toyota commercial had no audio description, and while the general message was clear, the rest was not. Companies spend millions of dollars putting together these ads, and this one featured blind people. Why didn’t they, at the very least, add a description to make it accessible to the very people they featured in their ad? Others should have held them responsible for this blatant hypocrisy. Additionally, by using the phrase “your impossible,” the ad implicitly understates society’s impact on the “impossible” barriers that people with disabilities face. This perpetuates a false ideal that barriers in society are controllable by the marginalized individual. Maybe they didn’t think about these issues, but they should have.

To be clear, I am not criticizing my teacher, nor the brothers featured in the Toyota commercial. I think they are all good people. However, I criticize the responsible institutions for not respecting the principles of accessibility. Stanford University claims to be a champion of diversity, a welcoming space for minorities, including people with disabilities. Yet, despite the tons of financial support I received and for which I am eternally grateful, I felt unwelcome and ignored many times, especially when it came to DCS. I cannot carry out the COVID-19 tests independently, which are essential for my safety and that of others. If I catch COVID-19, take a test, and then ask someone else to help me read the barcodes, they might catch the virus from me. Why does Stanford, champion of diversity and accessibility, support a company whose product is inaccessible? Why is Color Genomics, the testing company, making an inaccessible product? Toyota, an “equal opportunity” company, doesn’t even spend time advertising about equal opportunity.

I have always been a disability advocate and always will be. It’s a lifestyle, a mission, a privilege, and in some ways part of my identity. What I learned from this lifestyle is that one individual is not enough to bring about the changes we need. Society is made up of institutions and we need institutional buy-in to standardize universal accessibility.

Accessibility is an afterthought for you, for Stanford, for Toyota, even occasionally for me. I’m not perfect. I have posted so many photos on Facebook without descriptions. My blind friends didn’t know what the photos were when I posted them, and now neither do I.

When accessibility is an “always” priority, rather than a “sometimes” hazard, we will all do better. But we need institutions – Stanford, Color Genomics, Toyota, Congress – and so on, to make it happen.