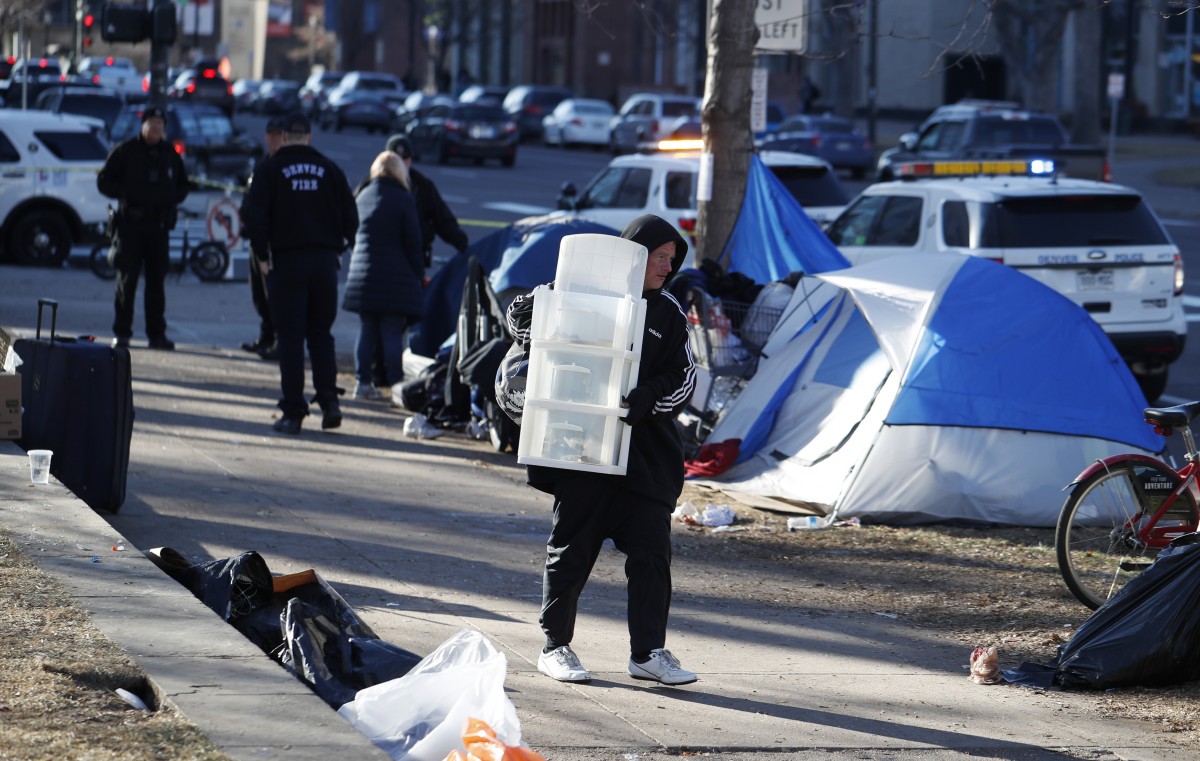 In 2016, Denver launched a Supportive Housing initiative to increase housing stability and reduce prison stays for long-term homeless people, as well as frequent interactions with criminal justice and health systems. emergency. A key question among city officials, community partners and advocates came down to: Can truly supportive housing help keep people out of the criminal justice system?

Five years later, after intensive and prolonged research by the Urban Institute, the answer is yes. ” What is the [program] offering us is an alternative to incarceration, ”said Deborah De Santis, CEO of the Corporation for Supportive Housing, during a webinar in July to present the findings of the program. “Too often, housing is left out of the conversation,” she continued. “What this lets us say is that housing has to be part of the mix, and when it’s part of the mix, we can really show that people can’t just reduce their interaction. [with the system] but avoid it.

The Denver program is the result of years of groundwork and innovative funding. Officially known as the Denver Supportive Housing Social Impact Bond Initiative, or Denver SIB, it provided supportive housing through a Housing First approach, which aimed to quickly get people out of homelessness and find housing without requiring that participants meet prerequisites, such as negative drug tests. or the absence of a criminal record.

Funding came from private investors through a social impact bond, as well as public dollars from Medicaid and housing assistance programs. The city agreed to reimburse private investors with a return if the program had positive results, which spurred a partnership with the Urban Institute to monitor its impact.

The Urban Institute implemented a randomized controlled trial that compared 363 people receiving supportive housing through Denver SIB with 361 people who did not.

The five-year results, released last month, show success. Importantly, when homeless people were offered supportive housing, most took it and stayed long term. SIB participants spent significantly more time in housing than those in the control group; shelter stays for Denver SIB participants have declined dramatically; their interactions with the police have declined.

Gillespie emphasizes that “housing first is not just housing”. This is especially true for chronically homeless people entering and leaving prison, often because of offensive convictions related to loitering, trespassing, sleeping or camping in the street, begging, drinking alcohol. in public or drug use. (In 2012, the Denver City Council passed a ban on unauthorized camping, which further criminalized roaming.)

Before Denver SIB provided housing for people, it started with intensive and intentional outreach. Project partners first defined SIB’s target population as Denver residents with eight or more arrests over three consecutive years. Three of the arrests had to be marked as transient, meaning the person did not have an address or gave the address of a shelter. Then the project partners worked to reach these people on an individual basis.

The team not only did outreach in the streets, they visited prisons and courts frequently. “If we knew someone was in jail, we would rush out there and try to meet them,” Craig says. “In court, we were working closely with the judges, helping them understand what this project was, working with district attorneys and defense lawyers and helping them understand that this person might be in. the street practicing certain behaviors, but soon they are going to be in housing and we do not anticipate that these behaviors will continue once they have a place to live.

About 100 attendees agreed to move into Renaissance Downtown Lofts, a new supportive housing development operated by the Colorado Coalition for the Homeless. Before moving in, they were invited to meetings, pizzas and picnics to help determine the building design, community living policies and support services offered. “It wasn’t just clinical groups… the residents wanted a cooking class,” says Craig. “It was asking, what else can we do to support you?” “

The Colorado Coalition for the Homeless has provided mental health care through Dynamic Community Treatment Services, a multidisciplinary team that includes service providers like a nurse, therapist, addiction specialists, and peers. “Ultimately [the SIB participant] works with this whole team of people, ”notes Craig. “Let’s say the client wants to find a job, that they would work closely with the professional specialist on the team… it helps build relationships and keep clients engaged. ”

The Colorado Coalition for the Homeless has also had more flexibility with funding Social Impact Bonds, which has resulted in other methods of support. For example, the organization launched a “Good Neighbor Incentive Program” at Renaissance Downtown Lofts in which residents were given tokens to purchase supplies from the “Good Neighbor Incentive Closet” filled with bedding, cleaning products and other amenities. “We had the flexibility of funding to buy items for the incentive closet and use the money as we saw fit,” says Craig.

While arrests have still occurred among participants in supportive housing, the types of arrests often associated with a lack of housing have occurred much less frequently. One of the most important elements of the program was that supportive housing was not interrupted if the person returned to the criminal justice system. The Colorado Coalition for the Homeless, for example, continued to advocate with courts and prisons and with the Denver Police Department. “One of the goals of assertive community treatment is to provide all we have for advocacy,” says Craig. “If a client has to go to court, we’ll be there with them, if they want. ”

After the SIB experiment was over, Denver paid Social Impact Bonds investors $ 4.5 million in housing stability payments and $ 5.1 million in payments for the results of jail days. (The sum represents their entire initial investment, plus an additional $ 1 million.) The city has drawn from its general fund to continue the program until 2021 and is requesting federal funding to launch a similar effort.

The Colorado Coalition for the Homeless will maintain many of its supports developed under the program. Chronic homelessness has only increased in Denver since the start of the 2016 program, leaving city officials and service providers to call for continued investment in supportive housing through the housing model of on board.

And as the conversation continues about reallocating police budgets and tackling mass incarceration more effectively, the team’s consensus is that supportive housing is part of the solution. “When we talk about reducing recidivism in prisons,” says Craig, “Providing housing for people is essential for that. ”

Emily Nonko is a Brooklyn, New York-based reporter who writes about real estate, architecture, urban planning, and design. His work has appeared in the Wall Street Journal, New York Magazine, Curbed, and other publications.

Follow Émilie . (JavaScript must be enabled to display this email address)