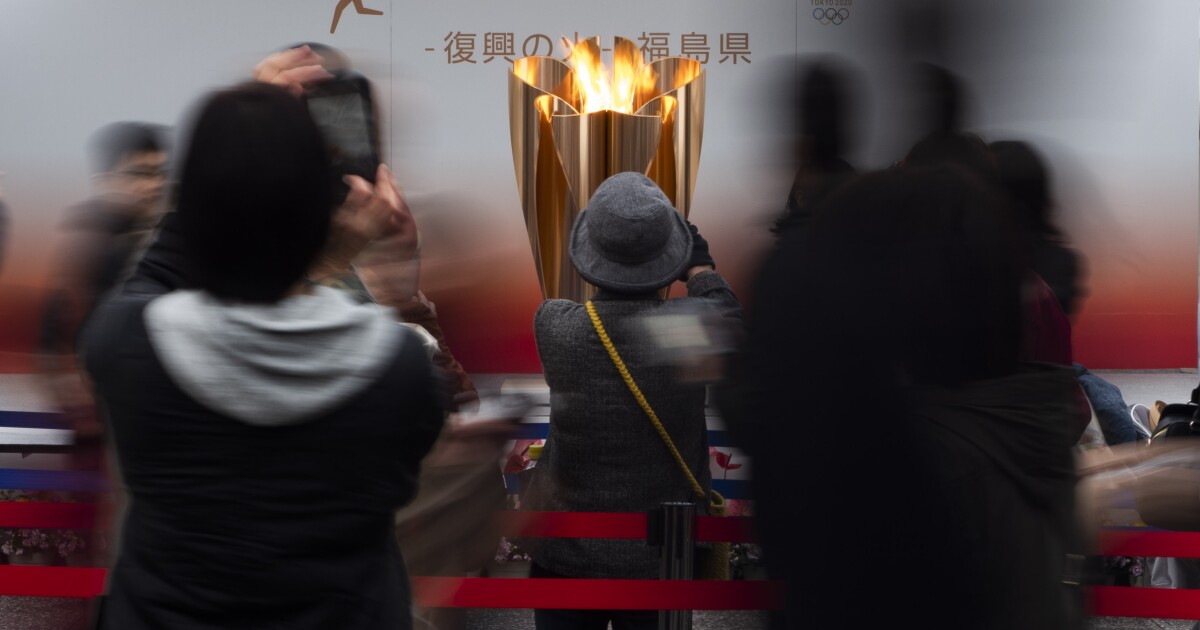 If Hideki Okumoto succeeds, the Olympians would ride the waves at Kitaizumi Beach this summer.

The beach, less than 20 miles from the Fukushima Daiichi nuclear power plant, where a 2011 earthquake and tsunami triggered the worst nuclear disaster since Chernobyl, offers some of the best surfing in Japan, says Okumoto, a professor of local economy and passionate about surfing. What better way to signal that Fukushima is safe and open for business than to have the best surfers competing in Kitaizumi while the whole world is watching?

After all, Japan has called the Games “the Olympic Games of recovery” that could remake the image of Fukushima by associating it with the celebration of the biggest sporting event on the planet instead of the devastation of the triple disaster.

But one month before the opening ceremony, some in the heart of the disaster area of ​​Japan feel the Olympic promise has been all but forgotten.

Rather, cameras aimed at surfers participating in the sport’s Olympic debut will be 150 miles further south, on Tsurigasaki Beach, closer to Tokyo. With the myriad of restrictions related to COVID-19, it’s not clear whether the U.S. surf team, which the city of Minamisoma was scheduled to host for cultural exchange events, will be able to visit. Around town, there are more posters announcing the local July Horse Samurai Festival than posters marking this summer’s upcoming Games.

The growing toll of the pandemic has eclipsed memories of the Fukushima disaster that claimed the lives of nearly 20,000 people and displaced many more for years, including 40,000 who have yet to return home.

Countries that shoulder the costly burden of hosting the Olympics normally reap rewards not only in ticket sales and tourist dollars, but also in the less immediately quantifiable benefits of raising a nation’s stature in the eyes of the world. world. The last time Tokyo hosted, in 1964, many credited the Games with resetting Japan’s perceptions of its militarism and defeat in World War II to a modern and rising economic force.

It is highly uncertain how much Japan will be able to recoup from the billions of dollars invested in the Olympic Games postponed from this summer, with no overseas spectators allowed and local participants limited to 10,000 per venue, which excludes a significant part of what was originally planned. be $ 800 million in ticket sales.

As the “host city of the Olympic Games,” Minamisoma had prepared for years to show its appreciation for the countries that helped in the aftermath of the disaster. The schoolchildren had discovered partner countries near and far – South Korea, Taiwan, the United States and Djibouti – and sent video messages to their athletes, along with masks, fans, banners and origami made in the hand to offer as a gift to the teams.

But with the threat of the COVID-19 pandemic still hanging over Japan, including low vaccination rates and continued infections, the glamor of hosting the Games has faded for many communities. Dozens of host cities have been forced to abandon planned events and training camps as their hoped-for moment in the international spotlight wears off.

Japan had to come to terms quickly with the prospect that when the world comes, it will bring its problems too. This week, a member of the Ugandan national team tested positive for the coronavirus on arrival and was quarantined while the rest of the members headed to their host city of Osaka.

In Minamisoma, some local leaders questioned whether the $ 15.4 billion spent on the Olympics – beautifying stadiums and building housing for athletes in Tokyo – could have been spent on local reconstruction and the ongoing nuclear cleanup. .

“I thought to myself, is this the Olympics for the reconstruction of Fukushima or the redevelopment of Tokyo? Said Katsunobu Sakurai, 65, who served as mayor of Minamisoma from 2010 to 2018.

In March, the Olympic Torch Relay began at the Fukushima Sports Complex, which served as a staging area for those working to dismantle the factory damaged in 2011.

Olympic organizers said athletes would eat Fukushima’s produce and receive bouquets from its fields, in a bid to help farmers still battling radiation triggered by nuclear fusion. Japanese officials said radiation in most parts of the region has returned to pre-disaster levels and local products are safe.

At the same time, critics including Greenpeace Japan, which has been monitoring radiation levels in the region for the past decade, have called the government’s assessment premature and its decontamination claims exaggerated.

Radiation in the waters and sand of Kitaizumi has long since returned to normal levels, said Okumoto, who has been monitoring the levels for years. In fact, due to constant monitoring, the waters of Fukushima may be one of the safest places to enjoy the sea, he said.

Kitaizumi Beach officially reopened to the public in July 2019, more than eight years after the disaster that left more than a thousand people dead in Minamisoma town alone.

“The world might have a negative image of Fukushima, but look, we are surfing and you can even fish. There is no problem, ”said Morito Murakami, a 47-year-old man from Fukushima town, one of the many regulars who had made the hour-long journey to Kitaizumi on a drizzly evening. June, attracted by its waves. Beside him, a friend was carefully waxing his board.

These waters, said Miyuki Murohara, 38, who lives in Minamisoma and surfs every day, “heal”.

On that fateful day in March ten years ago, some dedicated local surfers who had been on the water felt an unsettling change in the ocean. The usually steady waves off the coast suddenly disappeared. Instinct told them something was wrong. They came out of the water.

Then the 6.6 magnitude earthquake struck, triggering the devastating tsunami that overwhelmed the seaside nuclear power plant.

Much of the Kitaizumi coast has been erased. Minamisoma emptied himself on an evacuation order for fear of radioactive fallout.

Even so, it wasn’t a question of if, but when they would return.

Okumoto said that after three years, allowing a period of Buddhist mourning for the lives lost, surfers started to return. It was a sign of normalcy that locals found reassuring – an elderly resident told them he was happy to see the surfers back on Kitaizumi.

Okumoto is a bit of an evangelist when he talks about the coast and the community they’ve built around surfing here. It’s his life’s work to show people that.

“The waves here are constant, there isn’t a day that you can’t surf,” he said.

Kenji Hirata is not a surfer. He stood on Kitaizumi beach the other day, watching the commotion at the end of his fishing line.

“The Olympics don’t directly affect me,” he said with a shrug.

The 48-year-old employee started fishing as a hobby during the pandemic. Whatever bureaucrats in Tokyo or elsewhere say about salvaging or rebuilding his house, he doesn’t care, he said.

“I don’t want people outside telling me whether Minamisoma has recovered or not,” he said. “It’s the people who live here who work hard every day to get back to normal life after all. “

He checked his line. He likes it here, alone with his tackle and his thoughts. A surfer has lifted himself up on a wave in the distance.