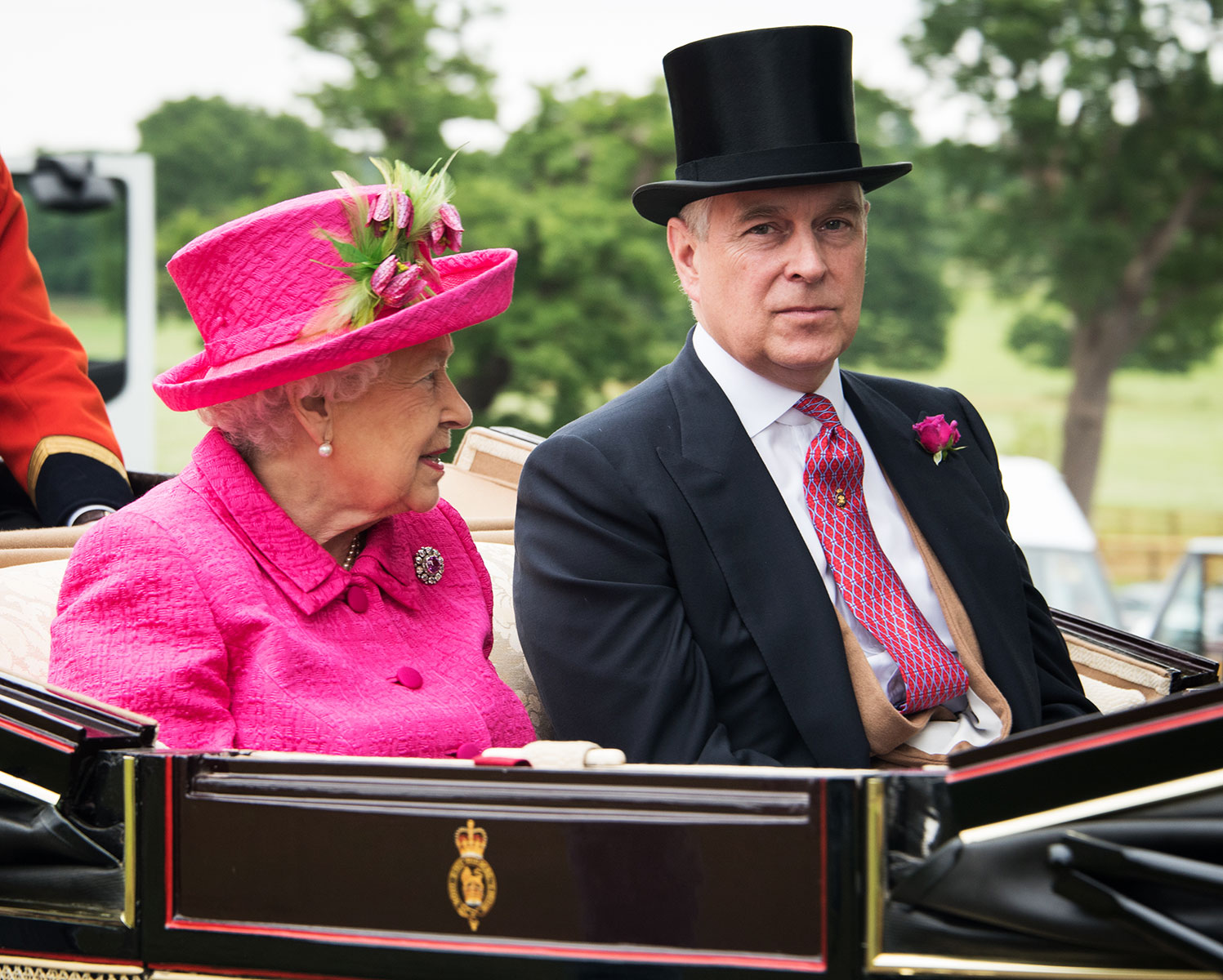 “I hold Prince Andrew responsible for what he did to me,” said Virginia Roberts Giuffre, adding that she “had not made her decision lightly”. Now 38, she claims she was forced to have sex with a member of the British royal family while under duress and still underage.

Prince Andrew – reportedly the Queen’s favorite son – insisted he had no memory of meeting Giuffre, although there is a photo, taken in London in 2001, showing him with his arms around his waist. Also pictured is Ghislaine Maxwell, currently in jail and on trial in the US for allegedly procuring underage women for the late Jeffrey Epstein. A former broker-financier, Epstein was found dead in a New York City jail cell in August 2019 pending criminal trial for alleged trafficking in underage girls.

Despite Prince Andrew’s denials, the affair haunts him: in 2019 he resigned his official post after being widely condemned for his apparent indifference to Giuffre and his unconvincing account of his relationship with Epstein in a BBC interview .

From Palm Beach to Stockholm

On Giuffre’s account, she met Maxwell at the age of 16 and was working as a spa hostess at Donald Trump’s Mar-a-Lago Club in Palm Beach, Florida. She claims that Epstein and Maxwell then sexually assaulted her and pushed her to have sex with other men, including Prince Andrew. She says she had sex with him on multiple occasions between 2000 and 2002, at Maxwell’s London home, Epstein’s New York home and on his private Caribbean island.

Of course, the two decades between offenses and court proceedings have made many wonder why Giuffre waited so long to bring his case to the attention of the public and, now, to the courts. The rise of #MeToo and the confidence the movement has given to many previously coerced women is surely a factor. But to imagine Giuffre as an opportunist, who was never coerced but actually chose to remain under Epstein’s iniquitous leadership, trivializes the deeper violence she endured. It was violence disguised as healing, which Epstein used as a means of possession.

To understand how she, as a teenager, surrendered to a world that forced her to give herself easily and fully to a number of strangers, we must try to penetrate her mind. She did not engage in sex trafficking – that was her retrospective interpretation. More likely, she became part of a glamorous milieu in which she needed nothing, at least in material terms. Was she running away from her family? She’s been pretty quiet about it, but her father, it seems, knew all about his early ventures with Epstein, having worked at the same location as his daughter when she was approached. Was she drawn to a wonderful world where luxury and extravagance were normal? A combination, most likely.

It has been suggested that Giuffre found herself in a situation similar to Stockholm syndrome. But that simplifies his experience. There were no kidnappers she learned to identify with, only accomplices. Today she talks about coercion, but there was no physical threat to our knowledge. Yes, she could have left, but for what? A return to the mundane, and perhaps a family life that she found unattractive. Like everyone else, she had options, if you could call her that. Having been caught in a web woven by professional abusers of a still shapeless age, did she really see a way out? Our circumstances place limits on how we are able to exercise a choice.

Giuffre has accepted the values ​​and followed the norms of his new culture in a way that is somewhat reminiscent of converts to religious cults who tip-toe in what feels to them a strange and unfamiliar environment, but adapt. and are part of what is becoming a new normal. After that, his logic would have changed and any slander against Epstein and his accomplices lacked plausibility. How could they be such bad people as they gave lavish gifts and traveled by private jet to exotic parts of the world? And how could a woman act in such an inhuman way against the interests of so many other women?

The role played by British socialite Ghislaine Maxwell, daughter of Robert Maxwell, is still not entirely clear. (Robert Maxwell was a media mogul who was killed off his £ 15million yacht off the Canary Islands at the age of 68 in 1991. There were reports of suicide or murder by Mossad, the Israeli intelligence service.) The FBI is currently investigating Maxwell, who had an affair with Epstein and worked for him, recruiting staff to work in his mansions and girls to give him massages. Giuffre said Maxwell bought underage girls for Epstein.

Maxwell has issued a denial, though an affidavit from a woman filed in a separate case in February 2019 claimed she visited Epstein’s Island in 2006 and saw many girls, including ‘young teenage girls’ , who had been recruited by Maxwell. Ghislaine Maxwell has denied any wrongdoing and may or may not be a key figure. Until she appears in court under oath, we can only assume. But the optics are not promising.

Giuffre describes Maxwell as someone who had Epstein’s unwavering confidence. Maxwell was apparently in awe of powerful men like Epstein and Prince Andrew. The girls encouraged each other to treat Maxwell with adoration or risk the consequences. Presumably, they thought she would protect the girls; Maxwell was, after all, a woman – and a mature woman – in a male-dominated conclave. She was perhaps abrasive and inaccessible, but she was still a woman, even if, in the presence of men, “walked like a groupie”.

Maxwell’s relationship with the girls must have been complex. We can only imagine that their confidence in her was tinted with concern, and any confidence they had in her would have been tempered by his deference to Epstein. It must have been unsettling, perhaps devastating, to realize that far from being a protector, Maxwell could have been a henchman.

We cannot say for sure if Giuffre was the ingenuous her account suggests, but it is not necessary to assume that she had wisdom beyond her years or the naivety of a child. Like the other recruits, she probably took youthful pleasure in the leverage afforded by her youthful good looks. He may even like a world of rich hedonists. It was, as Sarah Ditum reminds us, after all, a time when “barely legal” was a commonly accepted trope that elicited only a wink from onlookers; the girls caught in these situations did not yet have the vocabulary to understand themselves as victims. Likewise, there is no reason to assume that Giuffre was aware of the destructive hereafter of this world.

Alternatively, she may have experienced, in common with a large number of women in abusive relationships, the terrifying prospect of nihilism, the lack of solidity and permanence that could await them if they left. The simplistic “Why didn’t she just go?” Often does not have an objectively sensible answer. Combat is not an option. The flight seems petrifying. Staying in place sometimes seems like the best of the three bad choices.

Some would argue that anyone, especially a woman, who has sex for pay is a prostitute. But the term not only obscures the range of relationships and roles in what we now call the commercial sex industry, but the range of motivations and circumstances that contribute to someone’s position in a business (if I may. call it that). It is doubtful that Giuffre ever set out to distribute sexual favors for money, although she probably had no qualms about using them to further her own interests. She probably never thought she was doing that, anyway.

More likely, she just assumed that sex was just part of her homework, which was to provide contentment, rest, and a sense of well-being for Epstein’s friends. She said of her first meeting with Epstein: “He was lying naked on a massage table… I’m a 15 year old girl and seeing him on the table was weird.” But familiarity probably made things less odd, and living in Epstein’s domain likely inclined her towards a docile observance of daily routines, so giving massages to naked men felt as everyday as running errands. Yet she survived and appears to be recovering. His revenge is probably part of his recovery.

How that will play out for Prince Andrew, and indeed the Windsors, is uncertain. After Prince Harry’s withdrawal and his apparent enthusiasm in sharing family secrets with anyone willing to listen to him, a sex scandal is likely not on the Royal Family’s priority list. Andrew’s intransigence and reluctance to cooperate with police investigations invite speculation. If he was an artist, like an actor or a pop singer, that would be manna from heaven. But he is not: he is the son of a monarch, a nobleman and, as such, considered a blameless person.

The royal family is now properly in crisis. The once great rulers of a once great nation are struggling defiantly to find an anchor after drifting adrift from its historic mooring. Even Princess Diana has reappeared as an unwelcome albatross thanks to revelations of Martin Bashir’s untoward behavior to secure his notorious 1995 interview. The family has already survived crises and will survive this one, but not unscathed.

Andrew now has a dilemma like no other. He must choose between two equally daunting options. He will maintain his innocence, of course. But a refusal to appear in court to defend yourself can be interpreted as shyness. In a civil lawsuit, the court does not have the power to compel an appearance, but the prince could still be tried in absentia and face possible damage to his personality and, by implication, that of the crown.

A more robust response, on the other hand, could yield the wrong outcome and possibly prosecution, in which case the crisis will become a cataclysm for the royal family – and long-awaited justice for countless women like Victoria Roberts Guiffre, who once found themselves trapped in the world of powerful men.

*[Ellis Cashmore is the author of “Kardashian Kulture.”]

The opinions expressed in this article are those of the author and do not necessarily reflect the editorial policy of Fair Observer.