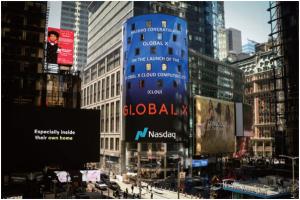 Mirae Asset Global Investments has become the first South Korean financial company in which the overseas operating profit ratio is higher than that of the country.

In contrast, other large asset management companies in South Korea are still out of balance with the domestic market. Specifically, the top seven overseas assets under management stand at 88 trillion won, with Mirae alone accounting for 80 percent.

The subsidiaries recorded a net loss of 16.2 billion won in 2016 and 2017. However, it managed to turn the tide by buying Global X in January 2018. The AUM of the US ETF manager tripled to reach $ 30 billion since the repurchase and it is currently in the top 10 in the US ETF market.