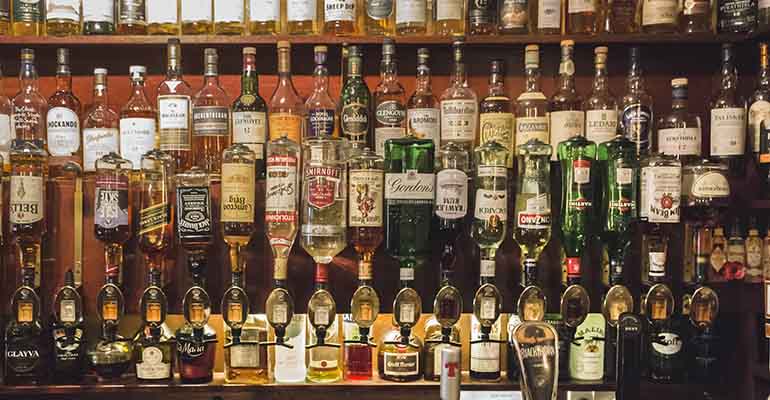 For many independent restaurateurs who sell alcohol, the time spent during the lockdown has not been a happy hour, especially for those who continue to make payments to maintain their liquor licenses despite a lack of income.

In many parts of the country, liquor licenses are bought and sold on an open market and can cost hundreds of thousands of dollars. These licenses are often purchased with loans that require high monthly payments.

Caridad Herera, owner of Café 293 in Homestead, Fla., Has been paying her lenders $ 2,600 per month for her liquor license since last July, even though her business only opened in January of this year and closed. in March due to the coronavirus pandemic.

“The business was booming,” she said. “Every week better than the week before, then all of a sudden I had to shut down after spending a whole year building the business, not making a dollar.”

Even after it closed, Herera continued to pay employees during the first week of the shutdown – “They had kids; they needed to do the grocery shopping, ”she said – but she needed help with her other monthly obligations.

Herera turned to Miami-based Spiritus Law, which specializes in representing companies in alcohol-related industries, who was able to negotiate a forbearance on the loan so Herera wouldn’t have to resume payments so long. that the crisis has not passed.

“The sudden loss of revenue makes it simply impossible for many businesses to make their standard monthly payments,” said Rob Lewis of Spiritus Law.

He suggested that operators in a similar situation first contact their lenders to see if they can negotiate new terms and seek legal counsel to review the loan documents. Some operators may have recourse to obtain forbearance from repaying loans due to the pandemic.

Meanwhile, Herera said she also applied for a loan through the federal government’s Paycheck Protection Program on the first day it became available, but she received no response except to confirm that his request had been received.

The program ran out of funding last week, but a bill that would inject an additional $ 310 billion into the program was passed by the Senate on Tuesday and is due to be voted on in the House on Wednesday, and the president has indicated his support.

Herera said she was not yet sure when she might reopen.

“As soon as they say I can, within 30 minutes I’m going to open the door wide,” she said.

While restaurant restrictions are likely to be gradually lifted in the coming weeks in some states, bars are expected to remain closed longer.

Across the country, some local governments have sought relief from liquor licensees in various ways. Some have opened up off-premises alcohol sales to allow restaurateurs to sell take-out alcohol, and others have suspended the collection of fees operators pay to maintain their liquor sales licenses.

Other states have looked for creative ways to help small bars and restaurants survive the crisis.

In Michigan, for example, Gov. Gretchen Whitmer issued an executive order authorizing the State Liquor Control Commission to “buy back” unsold beer, wine, and liquor from operators in exchange for cash at the price. total paid by operators for alcohol.

More generally, states and municipalities offer operators the possibility of delaying the payment of royalties. In Arizona, Governor Doug Ducey said in late March the collection of liquor license fees would be suspended for 90 days from April 1.

Still, there is still a long way to go to help the industry, said Robert Melvin, director of government affairs at the Virginia Restaurant, Lodging & Travel Association.

Melvin said the association had met with state administrators about the possibility of creating a COVID relief fund for small businesses, such as those started in Maryland; Washington DC; Illinois and other areas.

“Unfortunately, federal assistance has not been enough, and we certainly need more help for our restaurants in this state to help them get through this difficult time,” he said.