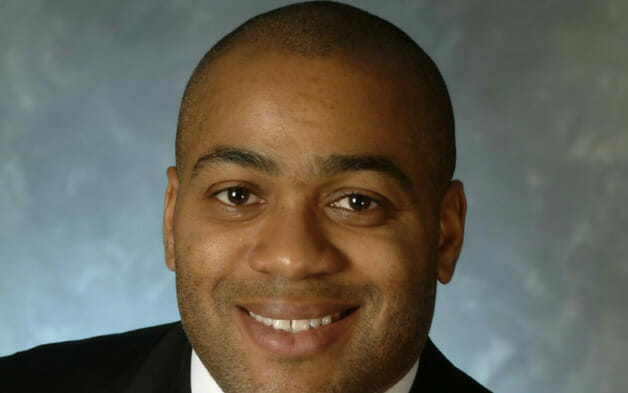 The Public Employees Retirement Association of New Mexico, PERA, is increasing its allocation to private markets to 40% of its $16.6 billion portfolio in the hunt for illiquidity premiums, despite the specter of markdowns ahead.

The proposal for a 7% increase in private equity-focused markets (where allocation will increase from 12% to 17% of AUM) and credit is about to be submitted for approval by the board of directors of PERA, explains Michael Shackleford, director of the pension fund. new CIO who took the reins in August. In the pipeline before he joins the fund, if approved, the strengthened allocation from reduced investments in emerging market debt and core bonds, will mark the first of several changes he plans to wallet.

“Compared to peer funds, we are close to the bottom in terms of the level of risk we take. Increasing our investments in private markets will allow us to take on progressively more risk to progressively generate more returns,” he said.

Although the darkening of the economic clouds brings the risk of investing in private markets increasingly to mind, Shackelford says it remains offset by the potential returns relative to public markets. “It’s true that investors drive down the illiquidity premium in private markets – the more you pay, the less you earn. At some point, that premium will shrink so much that it might not be worth it and we might as well be all in the public markets, but that will take a few more years.

These risks are most prevalent in private credit where Shackleford notes that the illiquidity premium has fallen thanks to higher interest rates. “High yield bonds and leveraged loans are closer to where private lending is today.”

PERA will most likely re-engage with existing managers in private equity, but in credit the hunt for new managers is ongoing. A key part of the larger allocation is to move away from credit hedge funds and instead invest with direct loan managers focused on middle market companies with good track records. Strategies could include lending to strong companies with a private equity sponsor able to step in and provide the capital, he says. “If the business is having difficulty, you can take ownership of the assets and repay the loan.”

The hope is that this approach will outperform PERA allocations to credit hedge funds where, he argued, success depended on managers’ performance in volatile public markets and successful picking of winners and losers, rather than a simplified approach to granting loans based on a company’s fundamentals. “Credit hedge funds have struggled – it’s much harder for a manager to get it right.”

The private credit managers in the running include a relationship formed at the North Dakota Board of University and School Lands where, as chief investment officer, he helped seed funds with a group of managers. “I’m already talking to them,” he says. Elsewhere, Shackelford plans to rely on PERA’s own bench that he spent his first few months checking out and getting to know.

Shackleford is a strong proponent of open-ended fund structures that, rather than a one-time commitment, allow investors to add money over time. “I want to give money as we have it. In this way, we will also recover the distributions in terms of interest payments, but no principle until we want it.

He is also interested in credit managers providing opportunities for seed funds in an approach that allows PERA to influence investment structure and model while reducing fees. “Let’s assume we enter an existing fund paying 75 basis points in management fees,” he says. “Compare that to seeding a fund and paying 30 basis points in management fees – that equates to an increased alpha of 45 basis points. Almost half a percentage point is significant over a long period of time.

There are, however, a few caveats. Seed funding requires larger investments and in-house skills to assess direct investments. It also involves investing in a smaller number of companies with higher concentration risk than a pool. “If you have a good team of people who can review investments and you trust the manager, you can make these types of investments.” PERA, which outsources all asset management except for part of cash management, has an internal staff of around 13 people.

In private equity, it increasingly favors co-investment, but via open-end fund-of-one vehicles rather than tailor-made co-investment operations. Again, this structure allows him to add capital over time, and seed funds with no management fees. “One’s funds are open, so you can add more capital as the manager makes more trades,” he explains. “All we do is add capital to fund one and then we can co-invest alongside the manager’s second fund. If the manager makes a third fund, we add more capital to fund one and co-invest in the third fund.

In another shakeup, Shackelford is reducing PERA’s risk parity allocation setup by his predecessor Dominic Garcia in 2018. He plans to reduce the allocation from 10% to 8% of assets under management in the first stage of a reduction that is likely to go even further. “It could be reduced further in the future, but 8% is a good start. We will continue to monitor it. »

“Using futures and derivatives to gain exposure to stocks, bonds and commodities and trying to balance those risks is fine, but in this market where all stocks and bonds are down due to a high inflation, this strategy does not work very well, my opinion is that we can reduce this and do something else with our dollars at risk.

Shackleford avoids the ESG debate raging among other US public pension funds. New Mexico currently views ESG integration by its managers as a nice-to-have add-on that is not essential. “It’s not required by law and the board has not commented on the matter,” he said. ESG integration only manifests itself in a tie break between two managers offering the same returns, style and strategy. “There are arguments on both sides of the debate. It’s not something we ask our managers to have. This is a controversial issue; the best thing to do is for the legislator to speak, otherwise you are condemned if you do and condemned if you don’t.