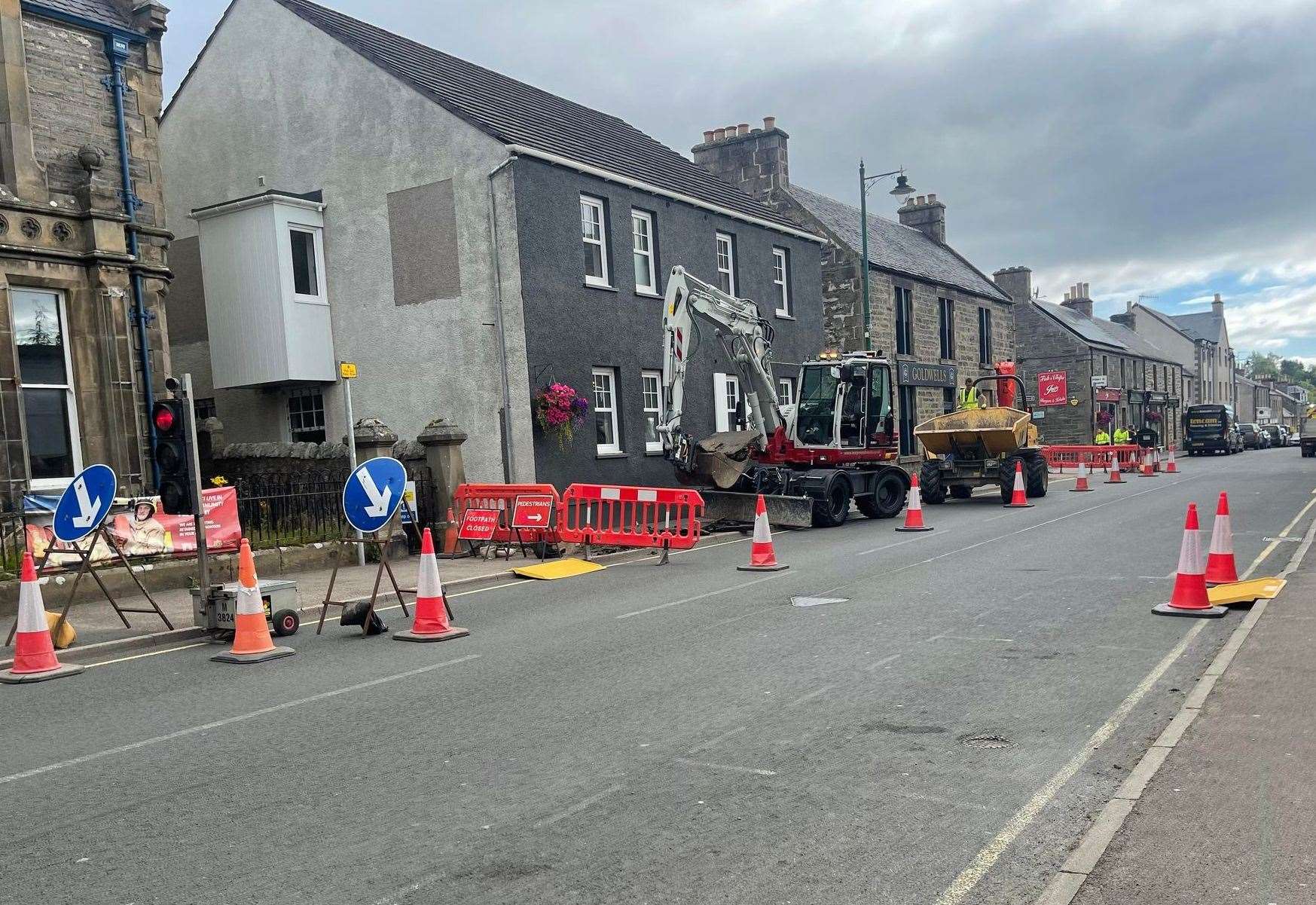 Local councilors in the Highlands are to meet BEAR Scotland bosses in a bid to avoid any repeat of last week’s chaotic traffic jams on Kingussie’s High Street.

There was an outcry when roadworks suddenly appeared at Badenoch’s capital’s most strategic junction – the High Street’s four-lane link between King Street and Ardbroilach Road – with additional traffic lights resulting in stops in the middle of the tourist season.

City businesses and residents were the most angered by the lack of formal consultation before workers moved in with their bollards and extra traffic light system.

Serious road accidents just south of Newtonmore on the A9 Inverness-Perth road further exacerbated the situation later in the week as traffic was diverted through the town.

The concerns were echoed by Highland Councilor Russell Jones, who told the Strathy: “This was not a good situation and we really need to prevent this from happening again.

“I am convinced that we can do it.

“BEAR should not endorse works like this at this time of year.”

Businesses, fearing “five weeks” of work they had not been aware of in advance, complained that the disruption was leading motorists to generally avoid Kingussie for fear of being trapped in long traffic jams.

These jams were indeed happening.

High Street shopkeeper Claire Candy, calmer now than she was at the start of last week, said: “Kingussie High Street has held up quite well.

“The stores got their act together and made sure to direct customers to all the different stores, so we had a decent week regardless.

“We really want to say how good a job Russell has done in getting answers and working on solutions to prevent this from happening again.

“We have noticed that temporary pedestrian crossings have been put back in place.

The incident happened on Monday when a pedestrian was involved in an accident with a lorry, but police confirmed she did not need serious medical attention.

A BEAR Scotland spokesperson told The Strathy: ‘We have liaised with Councilor Russell about the situation and a meeting is being arranged with him and other members of the Kingussie community to discuss how we are trying to mitigate these issues in the future.

“Last week we asked the developer’s contractor to improve the sequencing of the temporary traffic management arrangements. Seems to have helped queuing vs road traffic.

“We have also urged contractors to notify residents and business owners and understand that a letter is on the way.

“We continue to monitor the situation closely as work continues.”

The road works had been registered but it seems omitted from the public lists.

“The contractor is in the process of installing new electricity and water services.

‘The work was on the A86 High Street but the contractor had switched off the traffic lights at the junction and replaced them with temporary four-way lights which take longer to travel through the approaches.

Maria and Gordon Thomson, joint managing directors of London Edinburgh Holdings Ltd., are transforming the former police station into ‘eight high-demand eco-holiday apartments’ and have contracted KCN Groundworks of Aberdeenshire to carry out the necessary roadworks.

The date of the meeting between local elected officials and transport officials – which is also expected to involve Badenoch MSP Kate Forbes – has not yet been confirmed.

Do you want to react to this article ? If yes, click here to submit your thoughts and they may be published in print.