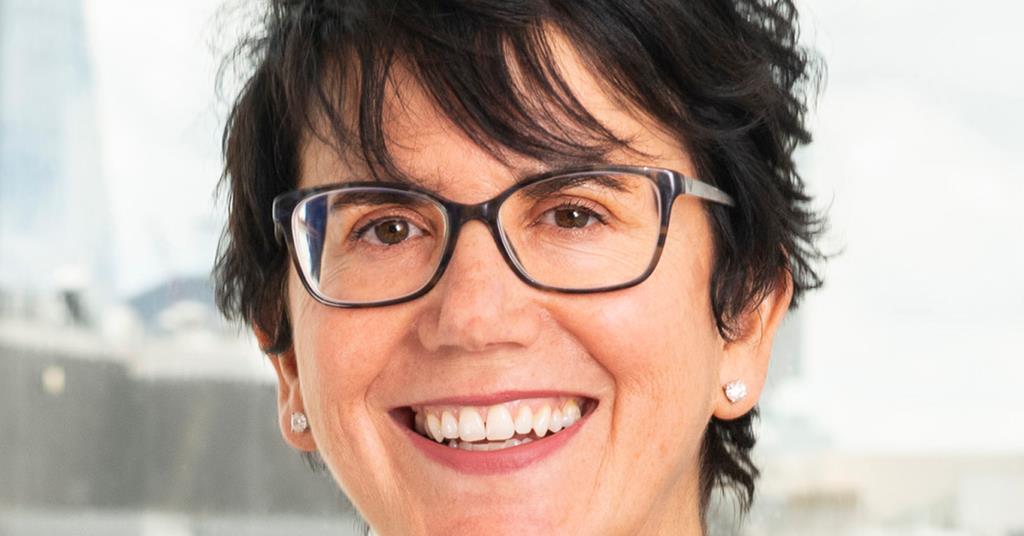 At a capital markets day that same month, LGIM’s five-year targets were to increase cumulative profits in line with the group’s dividend growth rate, in the absence of market shocks and to expand margin products. higher.

Two years later, and shortly after parent company Legal & General (L&G) released its first-half 2022 results, Scrimgeour provides an update. In a difficult period for the markets, LGIM recorded a slight decline in its operating result in June this year compared to the first half of 2021.

In the first full year since announcing the growth strategy, LGIM achieved operating profit growth of 4%; a good percentage point below the group’s dividend growth benchmark, which was 5% over the year.

She says: “We also said that we would get our results in the absence of market shocks and we are clearly experiencing a market shock right now. I would expect our costs to continue to rise, but that doesn’t mean we aren’t thinking about how to grow the business responsibly. »

LGIM’s growth relies on less prestigious investments in the technology needed to support business growth and the company announced a program to expand its middle-office infrastructure with the help of State Street Charles River, alongside a comprehensive data strategy.

LGIM is looking to expand into the US retiree market, while targeting the European wholesale segment. In Asia, it will be selective. Scrimgeour claims that 50% of capital inflows in the first half of 2022 come from international clients. International assets under management have also tripled over the past five years to 36% of its £1.3bn assets under management (AUM), with particular success in defined benefit (DB) pension schemes. ) in the USA. There are also plans to introduce defined contribution (DC) pension plans in the United States.

Active and private credit are two obvious areas in which to diversify and grow income. Scrimgeour says, “We are absolutely known for our active fixed income capability. We have added to our capacity in real assets and we want to continue to add more. »

LGIM has long enjoyed an enviable position as the UK’s largest asset manager and global management leader. Internal scale has allowed it to develop capabilities in fixed income, real assets and alternatives. As a large index manager, it also offers a product suitable for cost-conscious times.

So far, the group has resisted the temptations of disruptive mergers and acquisitions, restructurings and fashionable brand changes. Unlike others, he kept his annuity book open and his insurance business. It is the largest manager of defined contribution pension plans, with a leading master trust, a reliable source of assets and income.

Mutual funds cover small DB plans and the company can reach out to large DB clients through consultants. It also operates in the growing fiduciary management space.

When DB plans want cash flow matching solutions, LGIM can offer real asset, credit and private market solutions. When they want to reduce their risk, L&G as a group is also there to take out block annuity contracts. This makes it a sort of cradle-to-grave pension store throughout the pension life cycle.

LGIM is one of four divisions of Legal & General alongside L&G Retirement Institutional (LGRI), which manages the block pension and annuity risk transfer business, and L&G Capital, which invests for the annuity fund (open) group and creates assets to support new annuity business. A new retail division brings together retail insurance and pensions.

LGIM works closely with LGRI and L&G Capital in particular, channeling client capital to provide scale in real asset investments, for example, although its own real asset division can structure deals or source assets independently of L&G Capital. Scrimgeour emphasizes the “strong interaction” between the two: “You can’t see the joints,” she asserts.

“A lot of the expertise can actually be within LGIM to think about the asset or the asset creation, how the structuring might work.”

Working with these divisions is central to LGIM’s growth objective – building on what Scrimgeour calls adjacencies. “We have to bring all of our skills to the table,” she says.

Fiduciary internalization is also an attractive growth opportunity. The recently announced deal with the trustees of the £9.9bn British Steel Pension Scheme (BSPS) is a case in point. LGIM will internalize part of the 60% of the assets of BSPS for which the group is not already responsible under the agreement. Legal & General already has a client relationship with BSPS in investment management and a history of transactions in risk transfer.

“It’s a very good indicator of what we can do and how we’re positioned because of our investment skills and understanding of clients,” Scrimgeour says.

ESG is an important part of LGIM’s toolbox and a source of potential growth, whether in the Future World range of funds launched in 2017 or in a management team of 21 people.

But how does the CEO think about the current ESG debate? “I guess we’ll look back…and say it was a perfectly normal time of change,” Scrimgeour says. “What we are talking about here is an area where everyone has an opinion. It won’t be consistent. The rules are not established and change and there is a need for education.

These are times of great turmoil in the markets, economy and world politics and it may take less than all of that to derail even the best-laid plans for business expansion. In pensions, however, the age-old forces of aging demographics, ESG regulatory requirements and an increased need for tailored advice point to a need for higher-margin offerings. Managers like LGIM are well placed to take advantage of this.