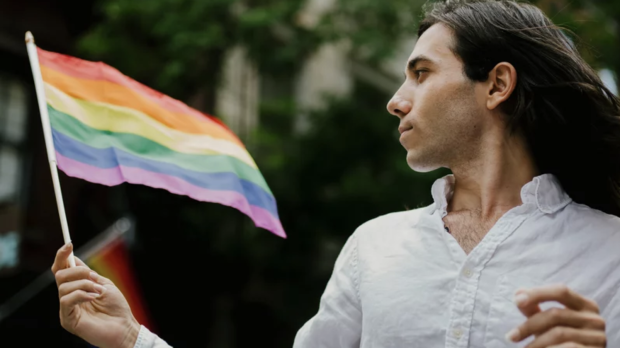 TORONTO – Now that the federal election campaign is over, it’s time for the government to get back to work, which includes refocusing on international aid and building partnerships with humanitarian organizations.

Among these organizations is Rainbow Railroad, a Canada-based international charity that provides safety routes to persecuted members of the LGBTQ2S + community around the world.

Due to the loss of three of his ministers on election day, Prime Minister Justin Trudeau will be forced to reshuffle his cabinet, which is expected to be followed by new mandate letters issued to each ministry.

Rainbow Railroad is pushing for the next letter sent to the Minister of Immigration to include a mandate to establish a refugee flow for internally displaced members of the international LGBTQ2S + community.

“We have long argued with this government and all parliamentarians that LGBTQI + people are particularly vulnerable when they are in their country of persecution,” Kimahli Powell, executive director of Rainbow Railroad, told CTVNews.ca Tuesday. â€œThere are 70 countries that have homosexual intimacy criminalized, and these conditions create really dangerous contexts for this community. “

A number of countries have also criminalized the gender expression and identity of transgender people and the sexual characteristics of intersex people.

There is more of 84 million people around the world who have been displaced from their homes for a variety of reasons, including armed conflict, persecution, famine or other disasters, according to the United Nations High Commissioner for Refugees. On half of them are “internally” displaced, which means that they were displaced from their homes but did not cross an international border to seek refuge.

Although there are programs, like the Rainbow Refugee Assistance Partnership, who provide resettlement assistance to LGBTQ2S + refugees who may have fled their countries, there are still many people “who cannot, due to persecution, state-sponsored conflict or homophobia, make it through the land borders, â€Powell said.

â€œRainbow Railroad processes around three to four thousand requests per year, and the vast majority of those who ask us for help are internally displaced persons (IDPs),â€ he said. “This policy will allow us to identify those at acute risk who need support, because if the Government of Canada, as it has stated, is serious about being a leader in LGBTQI + rights globally , it is crucial to understand the needs of this population. . “

Asked why existing resettlement programs require refugees to flee their countries first, the Department of Immigration, Refugees and Citizenship Canada told CTVNews.ca: “A legal framework for resettlement systematic and continuous process of internally displaced persons does not currently exist in the Protection Act. Canada’s Resettlement Program is aligned with international practices that focus on the resettlement of refugees outside their country of origin. By definition, in international and national law, a refugee must be outside his or her country of origin or of habitual residence.

The first is to include in the mandate of the next Minister of Immigration the implementation of a resettlement component dedicated to internally displaced LGBTQ2S + people, which includes a crisis response plan for those who have need immediate help in emergency situations.

â€œAfghanistan is a prime example of why we need a crisis response plan,â€ said Powell. There have been reports of violence against the LGBTQ2S + community with members saying they are being hunted down now that the Taliban have taken control of the country. â€œWe had requests for help before the fall of Kabul.

Between the fall of the capital and the August 31 withdrawal of foreign forces from Afghanistan, Rainbow Railroad provided support to 200 people who requested their evacuation. That number has since risen to 700, Powell said.

“We have actively worked with other NGOs in Afghanistan and identified those at risk, provided immediate support to those at risk and provided evacuation support,” he said.

The second recommendation made by the organization is to expand existing political mechanisms to support IDPs and refugees, including prioritizing LGBTQ2S + asylum seekers. For example, Powell said the government could expand the Urgent protection program, which speeds up the process of resettling refugees whose lives are in immediate danger, to include internally displaced persons, as the program currently only applies to those who have crossed an international border.

The government can also issue more “temporary resident permits, or ask the new minister to use his authority to help people enter Canada,” he said. â€œThese are all tools that the Government of Canada currently has.

The Immigration Department has recognized the existence of mechanisms to assist internally displaced populations in emergency situations.

â€œTo address the unique circumstances facing a specific population, a public policy can be implemented to allow the resettlement of displaced people as a life-saving measure,â€ the ministry said, citing a temporary humanitarian policy put in place in 2017 to resettle ISIS survivors. , especially the women and children of northern Iraq. “Although there is no systematic or continuous resettlement of the displaced, the Government of Canada currently provides support to the displaced generally through development programs funded by Global Affairs Canada.”

The third recommendation made by Rainbow Railroad is to establish a formal partnership with Rainbow Railroad to support the identification, treatment and resettlement of LGBTQ2S + refugees.

â€œWe have already done the work of identifying people at extreme risk,â€ said Powell. “We also have the tools to help support the evacuation efforts.”

Powell hopes the new government will be receptive to his organization’s recommendations and willing to work together to ensure the safety of displaced and persecuted members of the LGBTQ2S + community.

â€œOne of the encouraging things is that all parties are committed to providing some support to refugees and LGBTQI + people,â€ he said of the last federal election campaign. “We have clear expectations on what the next government needs to do, and we intend to work with the government and hold it accountable for supporting LGBTQI + displaced people.”