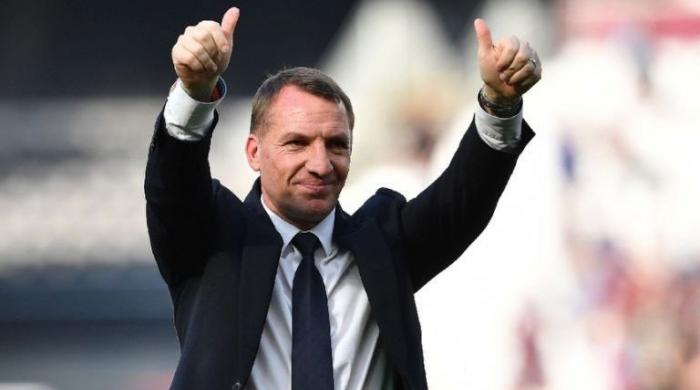 Rodgers would be one of the main contenders to replace Solskjaer if the Norwegian under fire is sacked.

United will travel to Watford on Saturday with Solskjaer desperate for a win after his side’s lackluster loss to Manchester City before the international break.

The loss came just after a humiliating 5-0 home defeat at the hands of bitter rivals Liverpool, leaving Solskjaer to fight to save his job.

Rodgers, who led Leicester to FA Cup glory last season, was asked if he would be interested in taking over from United at his press conference on Thursday ahead of Leicester’s clash with Chelsea this weekend. end.

“There are two things. First, it is really disrespectful to ask the question when you have a manager in place, a good manager and a good man, who works hard at the club,” Rodgers said.

â€œSecond, I can’t really comment on it because it’s not something real.

“I am here as Leicester City manager, proud to be here, privileged to be here and fully committed to the players, the club, the property.

“That’s about it, all the other noise around is something we can’t control.”

This is not the first time Rodgers has been the subject of speculation about other jobs during his time at King Power Stadium, having been linked with Arsenal, Tottenham and Newcastle in recent years.

While he doesn’t mind the gossip, he says it can have a destabilizing effect.

“It doesn’t frustrate me because my focus is always on finding the next game. The only club I can think of is Chelsea and I’m preparing for that,” Rodgers said.

“It’s frustrating for our supporters and also my players, if someone has to read something that is out there, it can be unsettling.