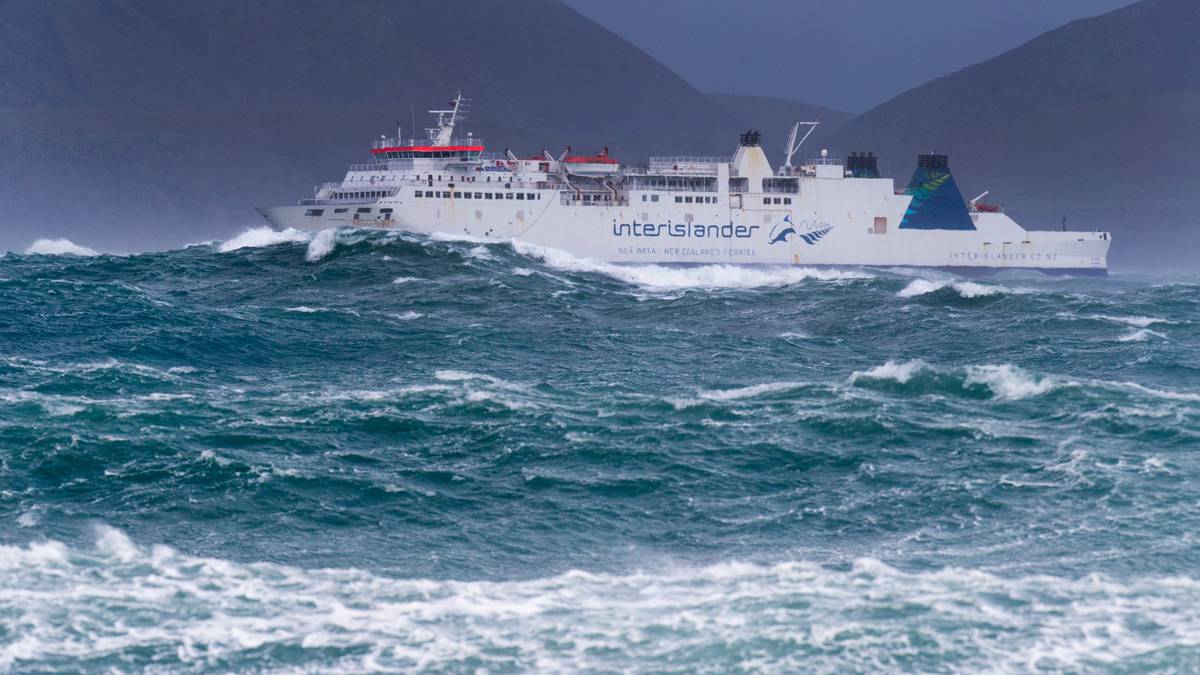 Some Interislander passengers spent the night on camp stretchers after their ferry was turned back en route to Picton yesterday due to bad weather.

Interislander general manager Walter Rushbrook said the Kaiarahi left Wellington at 4 p.m. yesterday with 450 passengers on board, but turned around when Waka Kotahi said the route between Picton and Blenheim was closed.

The decision to return to Wellington was to prevent passengers from being isolated in Picton, Rushbrook said.

Wellington City Council spokesperson Richard MacLean told the Herald that the council has helped provide between 30 and 40 passengers emergency accommodation.

Some were placed in a hostel and others spent the night on stretchers in an undisclosed location in the CBD, MacLean said.

Rushbrook said the Interislander was resuming sailing this afternoon after being told the Picton route would reopen.

“We are working to accommodate all disrupted passengers and cargo as soon as possible. At this point, we expect to clear most of the backlog by the end of Sunday.

“We keep all of our customers informed and apologize for the inconvenience caused by this significant weather event.”

Wellington was submerged in one in 10 year rainfall yesterday.

A cleanup is underway across town at places like the Tawa Rugby Club, which was flooded after a creek overflowed.

Two Newlands homes were evacuated due to a slip.

The council will assess rural roads between Johnsonville and Mākara, which were “hammered in” yesterday, MacLean said.

MetService meteorologist Rob Kerr said the area received about 100mm of rain in 3 hours, ending in a downpour yesterday afternoon.

“Heavy rain fell on and off for most of the day, then bang, this really super heavy blast came right at the end.”

Kerr said it was a once-in-a-decade rain.

A strong wind warning for Wellington and Wairarapa south of Featherston has now been lifted.

However, a strong wind watch remains in effect for the rest of Wairarapa, the district of Tararua and Hawke’s Bay south of Hastings until early afternoon.

Yesterday, gusts of 120 km / h were recorded in the Wellington suburb of Kelburn and 135 km / h at the top of Remutaka Hill.

The NZTA has informed that the Waihenga River Bridge on State Highway 53 in Martinborough is now closed due to the rising waters of the Rumahanga River.

A northbound lane on State Highway 2 from Ngauranga to Petone reopened at 1 a.m.

However, the temporary speed limit is 50 km / h due to flooding and debris.

Kaine Thompson spent four hours stranded on the freeway yesterday and another two and a half hours navigating the diversions before finally making his way home to Eastbourne at 10:30 p.m.

“We were diverted to Ngauranga Gorge, then headed to State Highway 58 from Plimmerton, but with other road closures and heavy traffic, the drive through Haywards Hill was slow for all of us.”

Thompson said when it became clear that they would be stranded on the freeway for a while, they decided to watch Netflix.

As the rain subsided, some children gathered and played football on the ramp while other stranded passengers took the opportunity to chat among themselves, Thompson said.

Thompson was frustrated with what he said was a lack of information as to whether there would be a deviation or an estimated time to reopen the road.

“When a policeman says ‘sorry I don’t know anything’ you start to think – well, anyone?”

The left lane of State Highway 2 before the Petone Upper Bridge is still blocked by flooding.

Motorists have been urged to be extra careful, comply with conditions and expect delays while crews restore the state’s road network.

A council spokesperson said heavy machinery was being brought for Coast Rd, which is partially covered in debris.

All parking lots and roads have reopened and the river trails will be cleared of mud tomorrow, the spokesperson said.

The council received 473 calls, most of them weather related.

A passenger on a flight to the capital last night said it was the worst flight she had ever taken.

After taking off from Auckland an hour late, the Air New Zealand flight was unable to land in Wellington due to bad weather.

“On a big plane like that… it was like a roller coaster with a lot of ups and downs,” said the passenger.

The woman, who did not want to be named, said two medical events on the flight added to the “stress and chaos” of the situation.

She claimed that no information had been given to passengers on other arrangements and that the first one she learned of the new booking was a text from the airline.

The new flight was scheduled for tomorrow morning, which left her in need of accommodation for two nights.

Her 10-year-old daughter, her phone battery low and Auckland hotels full, she returned to where she had stayed at the Grand by SkyCity.

But no room was available there.

“I was pretty close to a collapse,” she said.

By then it was past midnight, but the Grand Hotel clerk called and finally found a room for the couple.

Leanne Geraghty, head of customer and sales for Air New Zealand, said yesterday that high winds, rain and fog have caused widespread cancellations and delays on the airline’s domestic network.

Geraghty said passengers on flight NZ457 had been told they would return to Auckland as the plane departed from Wellington.

Upon arrival in Auckland, customers received snack packs and meal vouchers and were informed of their new travel arrangements, ”said Geraghty.

“The full number of passengers due to school vacations and major disruptions meant there were limited options for re-welcoming customers on alternative flights.

“Our customer service teams were also unable to find accommodation in Auckland for disturbed customers as all units were full.”

Geraghty said yesterday was a difficult day with so much weather disruption and thanked the passengers for their patience.

Air New Zealand has added additional flights in the coming days to help people get to where they need to go.