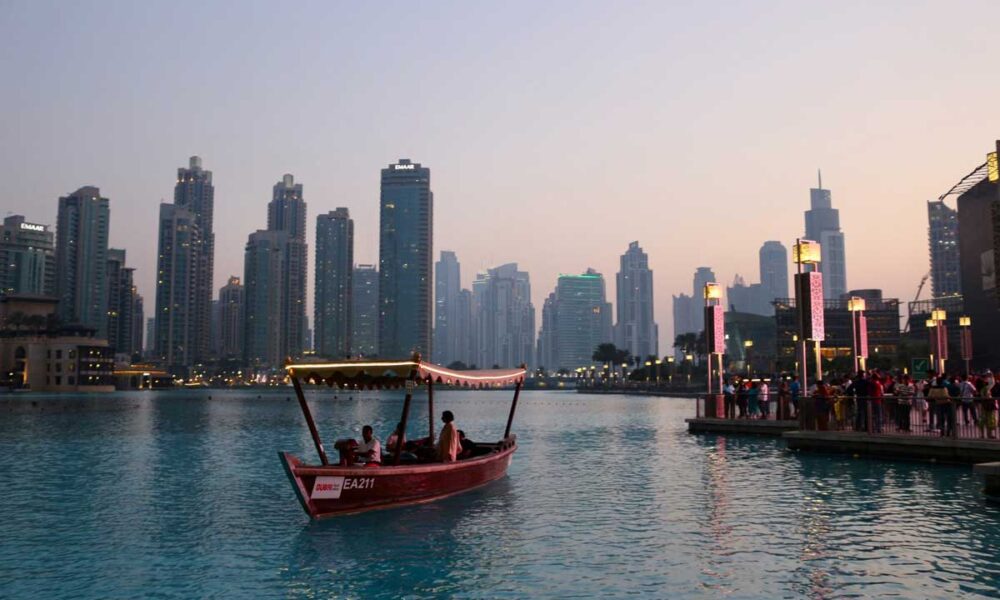 Saudi Minister of Islamic Affairs Abdullatif Bin Abdulaziz Al-Sheikh donated the holy books as part of his ministry’s efforts to print, distribute and disseminate their teachings.

The Qurans were produced by the King Fahd Complex for the Printing of the Holy Qur’an, which distributes millions of copies each year. Scholar Nora Derbal asserts that the Qurans “perpetuate a distinct Wahhabi reading of the scriptures”.

Similarly, Saudi Arabia distributed in Afghanistan during the last years of President Ashraf Ghani’s US-backed government thousands of Qurans produced by the printing complex, according to the former education minister of Mr. Ghani, Mirwais Balkhi. Mr. Balkhi said the Korans were identical to those circulated by the kingdom for decades.

Mr. Ghani and Mr. Balkhi fled Afghanistan last year as US troops withdrew from the country and the Taliban took over.

Human Rights Watch and Impact-se, an Israeli research group focused on education, reported last year that Saudi Arabia, under pressure from the United States and others for about two decades after 9/11 , to remove supremacist references to Jews, Christians and Shia in its schoolbooks, had recently made significant progress in this direction.

However, both groups noted that Saudi Arabia has kept in place the fundamental concepts of an ultra-conservative, anti-pluralistic and intolerant interpretation of Islam.

The same goes for the largest Quran printer and distributor in the world, the King Fahd Complex.

Since his ascension in 2015, Saudi Crown Prince Mohammed bin Salman has primarily focused on social and economic reform rather than religious reform.

Mr. Bin Salman has significantly improved professional and personal opportunities for women, including lifting the ban on women driving and easing gender segregation and has enabled the emergence of a Western-style entertainment industry in the once austere kingdom.

Nonetheless, Saudi Islam scholar Besnik Sinani suggests that “state pressure on Salafism in Saudi Arabia will focus primarily on the social aspects of Salafist teaching, while the doctrinal aspects are likely to receive less attention. “.

The continued production and distribution of Qurans that included ultra-conservative interpretations unchanged sits poorly with Mr. Bin Salman’s efforts to emphasize nationalism rather than religion as the core of Saudi identity and project an image more moderate and tolerant of Islam in the kingdom.

The Saudi twist is not in the Arabic text of the Quran which is identical regardless of who prints it, but in parenthetical additions, mostly in translated versions, which alter the meaning of specific Quranic passages.

Commenting in 2005 on the English translation of the King Fahd Complex, the most widely circulated Quran in the English-speaking world, the late Islamic scholar Khaleel Mohammed claimed that it “reads more like a Muslim supremacist, anti-Semitic, anti-Christian polemic than an interpretation of the Islamic scriptures.

Religion scholar Peter Mandaville noted in a recently published book on decades of Saudi export of ultra-conservative Islam that “it is the kingdom’s outsized role in the printing and distribution of the Quran as it is rendered in other languages ​​which becomes relevant in the current context”. .”

The King Fahd Complex said it produced 18 million copies of its various publications in 2017/18 in multiple languages ​​in its most recent production figures. Earlier, it reported that it printed and distributed 127 million copies of the Quran in the 22 years between 1985 and 2007. The Complex did not respond to email inquiries about whether the texts in parentheses had been recently modified.

The apparent lack of revisions to the texts in parentheses reinforces suggestions that Mr Bin Salman is more concerned with socio-political considerations, regime survival and the projection of the kingdom as against extremism and jihadism than with the reform of the Saudi Islam.

It also highlights the tension between the role that Saudi Arabia envisions as guardian of Islam’s holiest cities, Mecca and Medina, and the needs of a modern state that wants to attract foreign investment to help its economy no longer dependent on oil exports.

Finally, the continued distribution of Qurans with seemingly unchanged commentaries speaks to the balance Mr. Bin Salman may still need to strike with the country’s once powerful religious establishment despite the clergy submitting to his will.

The continued global distribution of unmodified Quranic commentaries calls into question the sincerity of the Saudi moderation campaign, especially when juxtaposed with rival efforts by other major Muslim countries to project themselves as beacons of a moderate form of Islam.

Last week, the Muslim World League of Saudi Arabia brought together some 100 Christian, Jewish, Hindu and Buddhist religious leaders to “establish a set of values ​​common to all the major religions of the world and a vision to strengthen understanding, cooperation and solidarity among the religions of the world”.

Once one of the main Saudi vehicles for the global spread of Saudi religious ultra-conservatism, the League has become Mr. Bin Salman’s megaphone. It issues lofty statements and organizes high-level conferences that project Saudi Arabia as a leader in moderation and an example of tolerance.

The League, under the leadership of former Justice Minister Mohammed al-Issa, has focused on its outreach to Jewish leaders and communities. Mr. Al-Issa led a delegation of Muslim religious leaders in 2020 on an unprecedented visit to Auschwitz, the infamous Nazi death camp in Poland.

However, there is little evidence, beyond Mr Al-Issa’s gestures, statements and engagement with Jewish leaders, that the League has practically joined in the fight against anti-Semitism which, as Islamophobia, is on the rise.

Similarly, Saudi moderation has not meant the kingdom has lifted its ban on building non-Muslim places of worship in its territory.

In recent years, the Indonesian group has forged alliances with evangelical entities such as the World Evangelical Alliance (WEA), Jewish organizations and religious leaders, as well as various Muslim groups around the world. Nahdlatul Ulama sees alliances as a way to establish common ground based on shared humanitarian values ​​that would enable them to fight against discrimination and prejudice, bigotry and violence based on religion.

Nahdlatul Ulama’s concept of humanitarian Islam advocates the reform of what he sees as “obsolete” and “problematic” elements of Islamic law, including those that promote segregation, discrimination and/or violence against all person perceived as non-Muslim. He also accepts the Universal Declaration of Human Rights, unlike the Saudis, without reservation.

Unrestricted adherence to the UN declaration by Indonesia and its larger Muslim movement means that conversion, considered apostasy under Islamic law, is legal in the Southeast Asian nation. As a result, Indonesia, unlike states in the Middle East where Christian communities have declined due to conflicts, wars, and targeted attacks, has experienced significant growth in its Christian communities.

Christians make up ten percent of the Indonesian population. Researchers Duane Alexander Miller and Patrick Johnstone reported in 2015 that 6.5 million Indonesians have converted to Christianity since 1960.

This is not to say that Christians and other non-Muslim minorities have not suffered attacks on churches, suicide bombings and various forms of discrimination. The attacks have prompted the five million strong Nahdlatul Ulama militia to protect churches in vulnerable areas during holidays such as Christmas. The militia also trained Christians to monitor their places of worship.

Putting its money in its mouth, a gathering of 20,000 Nahdlatul Ulama religious scholars in 2019 issued a fatwa or religious opinion eliminating the Muslim legal concept of kafir or infidel.

Twelve years earlier, the group’s spiritual leader and former Indonesian President Abdurahman Wahid, in conjunction with the Simon Wiesenthal Center in Los Angeles, had organized a conference in the archipelago state to recognize the Holocaust and denounce Holocaust denial. Nazi genocide against the Jews. The meeting followed a rally in Tehran called by then Iranian President Mahmoud Ahmadinejad, who denied the existence of the Holocaust.