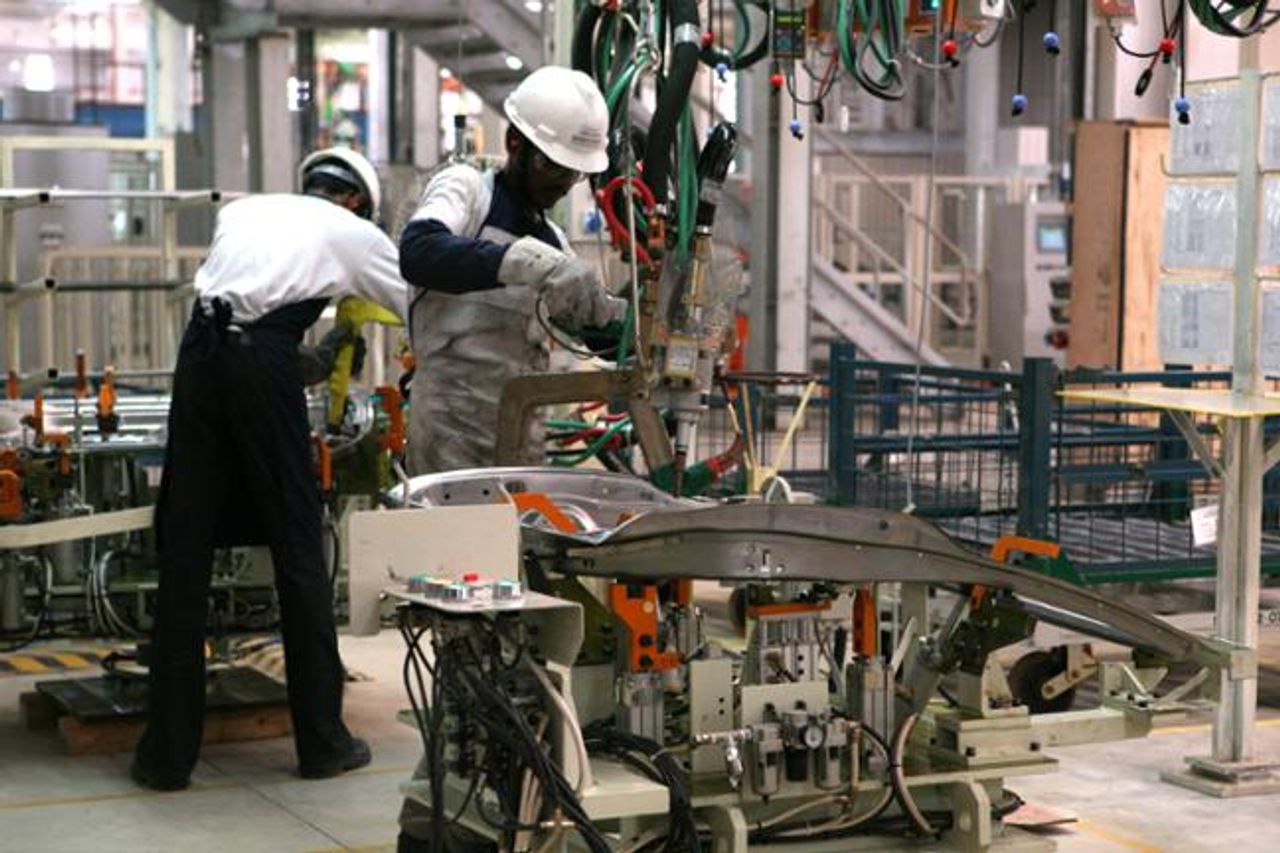 After grassroots workers staged a sit-down strike on Monday to protest the lack of COVID-19 protections, management at a Hyundai Motors plant in southern Tamil Nadu state India announced a five-day suspension of operations, effective Tuesday. Auto workers were protesting unsafe working conditions at the plant, where 150 are currently being treated for symptoms of COVID-19, according to a union official. Ten workers at Hyundai Motors India have already perished from the virus.

Five thousand workers at the Renault-Nissan auto plant, also located in the Sriperumbudur-Oragaram industrial belt, were to follow the example of their Hyundai colleagues by leaving their post on Wednesday. At least five Renault-Nissan workers have lost their lives to the virus. Aware that social tensions are at a boiling point and that the protest movement could spread like wildfire, the management of Renault-Nissan has turned the action at work upside down by announcing a five-day suspension of the operations of the ‘factory until May 30.

Renault-Nissan workers said their demands for protection from COVID-19 were ignored. CNBC TV18 reported that the main complaints from workers are the lack of medical insurance, management’s insistence on running the factory at full capacity – making social distancing impossible – and cramped canteens.

Before the shutdown, Renault-Nissan had demanded that workers maintain a breakneck pace of 27 jobs per hour on Line 1 and 40 jobs per hour on Line 2. With 95 percent of workers 40 and under yet to be vaccinated, management’s decision to keep the plant at full capacity allowed the virus to run rampant in the plant.

The Tamil Nadu Auto Workers Employment Action points out that it is the global working class that is the main source of opposition to the ruling elite’s “open economy” criminal policy, which prioritizes capitalist profit over saving workers’ lives. In the spring of 2020, autoworkers in Italy, Spain, Canada and the United States carried out work stoppages in open rebellion against corporate unions, who, like employers, were desperate to keep production going. working. These professional actions have saved countless thousands of lives, forcing ruling elites in North America and Europe to impose temporary shutdowns that they otherwise had no intention of implementing.

Likewise, the eruption of working class anger at the ruthless indifference displayed by the Indian ruling elite to the lives of working people is testament to the deep and widespread opposition to the ‘profits before profit’ response. life ”to COVID-19 pursued by the Indian government at all levels. . India is currently the global epicenter of the pandemic, with more than 4,000 official daily deaths currently recorded. The real depth of the crisis is much worse, with credible estimates suggesting that tens of thousands of people are dying every day.

The central government of Narendra Modi’s far-right Bharatiya Janata (BJP) party bears primary responsibility for this disaster. He has insisted on keeping the economy open at all costs and refuses to provide social support to the hundreds of millions of people plunged into poverty by the limited lockdown measures imposed by some state governments. Last month, as daily infections approached 300,000 and official daily deaths exceeded 3,000, Modi said there was a need to “save India from lockdown”, not save the Indian people from the lockdown. deadly virus.

However, the opposition parties defend the interests of Indian businesses no less ruthlessly. In Tamil Nadu, the Dravida Munnetra Kazhagam (DMK) was recently elected to the state government as the leader of an electoral alliance comprising the Congress Party, until recently the preferred party of the national government of the ruling class, and the twin Stalinist parties, the Communist Indian-Marxist Party (CPM) and Indian Communist Party (CPI).

The DMK regime, like its predecessor AIADMK, who was a close ally of Modi and his BJP, maintained a policy allowing factories and other industrial sites to continue operating as if there were no pandemic. Although the DMK government officially unveiled a statewide lockdown after coming to power, it granted massive exemptions for industrial sites and factories. Speaking a bit like Modi, DMK Chairman and Chief Minister of Tamil Nadu MK Stalin said: “Lockdowns cannot be the solution, as we also realize that they have an impact on economic growth. . “

In the face of this brutal class war agenda, the professional actions of the workers of Hyundai and Renault Nissan are just the most prominent examples of the growing anger of the working class. At MRF Tires Ltd., in Pondicherry, a union territory adjacent to Tamil Nadu, workers staged strikes last week to demand justice and compensation for two workers who died from COVID-19 and for the immediate closure of factories in the ‘business. More than 300 workers at Caparo India, an auto parts company, have gone on strike against unsafe working conditions and the death of an unknown number of workers at its factories. The strike, which began on May 15, was sabotaged by the Stalinist-led Indian Trade Union Center federation on May 21.

In the absence of any official records of worker deaths, and with regional and national newspapers consciously covering the scale of the massacre, workers began sharing information about workplace deaths via social media. According to these sources, more than 25 workers have died in recent weeks in various globally connected companies in Tamil Nadu. The death toll is particularly high in the industrial area of ​​Sriperumbudur-Oragaram, located on the outskirts of Chennai, India’s fourth largest urban area and the capital of Tamil Nadu. The entire region has been dubbed the “Strait of Asia” because millions of auto workers are employed there under sweatshop conditions.

In the industrial belt of Gurgaon-Manesar in the northern state of Haryana, Rajesh, one of the current leaders of the Maruti Suzuki employees’ union, and various worker forums and blogs, such as the Hindi language Mehnatkash and Workers Unity, report that more than 20 workers have died in the recent surge in COVID-19 infections. These include five workers at the Maruti Suzuki factory in Gurgaon, two workers at a Honda factory and one worker at the Tata Motors factory.

The brutal operating conditions that prevail in the industrial belt of Gurgaon-Manesar were illustrated by the monstrous business-government staging in 2012 by workers at Maruti Suzuki. In 2017, 13 militant workers at the Manesar Car Assembly Plant in Maruti Suzuki were sent to life imprisonment. Their only “crime” was to have waged a year-long struggle, including sit-down strikes and occupations, against a brutal labor regime and precarious contract jobs and to build an independent union in opposition to a State supported by the company. sponsored union.

As anger among workers has grown over the past year over acceleration, poverty wages and lack of protection from COVID-19, unions have worked systematically to isolate and quell their struggles. The Stalinist-led CITU, the Maoist-led AICCTU and the Tamil Nadu LTUC systematically isolated workers’ struggles from each other and from the urban and rural workforce at large. Each group of workers was left to fight their government-backed transnational employer on their own.

At Renault-Nissan, the Renault-Nissan India Thozhillalar Sangam (RNITS) union, which is currently controlled by the Maoist People’s Power group, last week urged workers to focus their efforts on a lawsuit aimed at getting the courts to intervene and order improvements in their working conditions. Providing yet another cynical twist to the ruling elite’s ‘open economy’ policy, the two-judge bench at Madras High Court was quick to respond: “[W]While the health of workers is paramount, if industries collapse there will be no room for them to work. “

Rising number of unnecessary worker deaths underscores the urgency of an immediate halt to non-essential production, including the auto industry, in Tamil Nadu and across India to combat the spread of the disease and save hundreds of thousands of lives. This must be accompanied by full compensation for all affected workers and their families until the pandemic is brought under control.

The billions made by automakers and other large corporations, and the hundreds of billions of Indian billionaires “earned” this year from money the World Central Bank has poured into financial markets, must be confiscated to fund a debt relief program. massive public health, including free. and universal vaccinations and social support for working people, their families and the poor masses of India.

To fight for this agenda, we urge auto workers to create grassroots action committees in every factory and workplace. These committees must become the political leadership and the organizational framework through which workers can unify their struggles in a common counter-offensive to put the protection of the health and very lives of the people before the profits of the companies.

The fight against the pandemic, which is a global phenomenon that knows no borders, must be carried out on an international basis and as a political struggle of the working class. We urge Indian auto workers and all other workers to support the building of the International Alliance of Grassroots Committee Workers, which is leading a global mobilization of the working class, the only social force capable of fighting pandemic and save lives. What this requires above all is the struggle for the socialist transformation of society, which is the only way to prevent globally organized companies like Renault-Nissan, Hyundai and Suzuki from training the workers. against others according to national criteria to reduce labor costs and make profits while their workers fall ill and die.

We urge all Indian workers who agree with this prospect to plan their participation in this Sunday’s online meeting ”.The COVID-19 pandemic in India and the need for a socialist strategy. It starts at 6 p.m. Indian Standard Time.