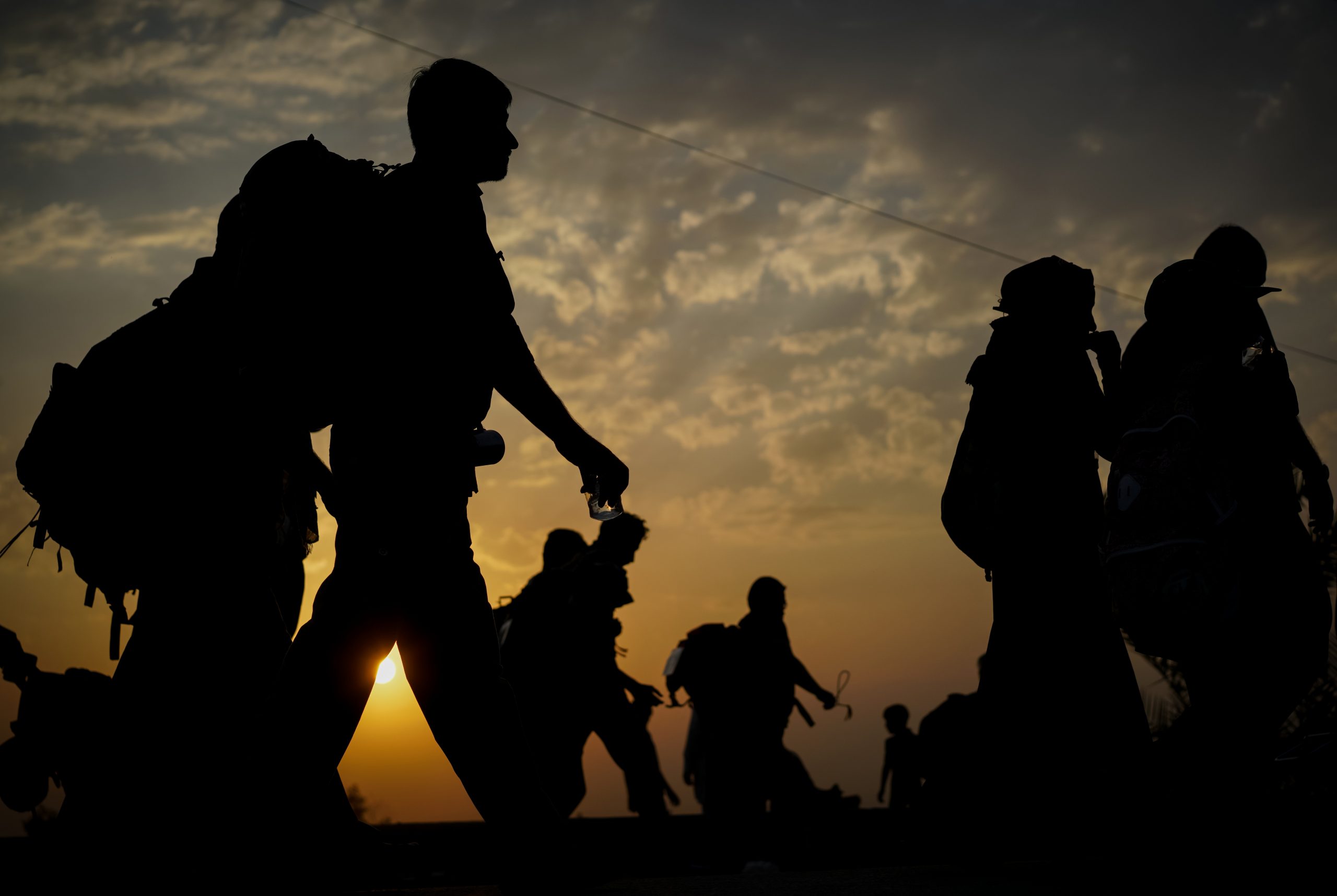 A provision in the $ 3.5 trillion reconciliation package would order Congress to chart a path to citizenship for millions of undocumented migrants.

If passed, the House’s provision would provide a pathway to citizenship for those participating in the Deferred Action Program for Childhood Arrivals, often referred to as Dreamers; farmers; those who have temporary protection status, which means that they cannot return to their country; and essential workers. The Senate version also supports a path to citizenship for undocumented migrants, but does not specify which groups would be eligible.

There are more than 11 million undocumented migrants in the United States, according to the Institute for Migration Policy, a non-partisan think tank that studies migration.

If passed, the provision could affect dozens of states with large immigrant populations such as Florida, California, Texas, Georgia, New Jersey, Virginia, Maryland and Pennsylvania, according to the Migration Policy Institute.

“Besides being the moral thing to do, providing a path to Lawful Permanent Resident (LPR) status for dreamers, Temporary Protected Status (TPS) recipients, farm laborers, and essential workers will be a godsend. for our economy, “according to the House Budget Resolution 2022, which provides reconciliation instructions to all committees.

The Senate package provides the Senate Judiciary Committee with $ 107 billion for â€œLegal Permanent Status for Skilled Immigrants,â€ investments in border security and the community violence response initiative. Lawmakers will have a flexible deadline of September 15.

House Speaker Nancy Pelosi, D-Calif., Told a press conference that immigration reform would be included in the reconciliation agenda.

Since the presidential election, immigration advocates have pushed so that the DACA is not only enshrined in law, but also broadened to include family members of beneficiaries. They also called for more reform of immigration policy.

Some states with large numbers of DACA recipients include Florida, Colorado, Missouri, Georgia, North Carolina, Nevada, New Mexico and Arizona, according to The data United States Citizenship and Immigration Services and the 2016 Census.

But members of the House Congressional Hispanic Caucus have opposed policies that would undermine immigration reform, such as allowing only DACA recipients to be eligible for citizenship and excluding TPS holders, farm workers, and workers. essential.

“As the Senate begins the process of budget reconciliation, we call on our colleagues to oppose provisions that would undermine immigration reform efforts,” said caucus chair Rep. Raul Ruiz, D-Calif. , in a joint statement. “The inclusion of any anti-immigrant amendment could threaten the package’s prospects in the House of Representatives.”

Some Republicans, such as Sens. Thom Tillis of North Carolina and John Cornyn of Texas argued for a separate provision allowing only DACA recipients to be eligible for citizenship. There are approximately 700,000 recipients protected by DACA.

“The CHC remains a strong advocate of immigrant communities across our country and will continue to work to ensure that immigration is part of the budget reconciliation process, which will benefit our economy and our recovery,” said they stated.

A report by the Center for American Progress found that if Congress provided a pathway to citizenship for the nearly 11 million undocumented migrants in the United States, the country’s gross domestic product would increase by $ 1.7 trillion in the United States. over the next 10 years and would create almost half a million new jobs.

Rep. Pete Aguilar, D-Calif., Deputy Chairman of the House Democratic Caucus, said he had had a White House meeting with the Chairman, with Senate Democratic Whip Dick Durbin of Illinois and Senator Bob Menendez, DN.J., â€œTo reiterate our support for reconciliation, including the immigration proposals.

Many immigrant advocacy groups have expressed concern that immigration reform fell through with the Biden administration, so these groups are either hoping for change through the reconciliation process or pushing forward. lawmakers to support their cause.

“I know DACA is not enough and will not stop fighting until all members of my family and community are protected,” said Yazmin Valdez, DACA recipient and member of United We Dream Action, an immigration advocacy group, in a statement.

Valdez, who was door-to-door in Arizona advocating for support for citizenship pathways for undocumented migrants, said Arizona Democratic Sens. Kyrsten Sinema and Mark Kelly â€œmust remember that it was the black, brown and directly affected communities that mobilized millions of people to transform. Arizona blue and deliver seats to them in the office.

“Now it is time they used their vital role in the Senate to deliver what their constituents and the majority of Americans overwhelmingly support, citizenship for millions of people,” she said.

Tess Wilkes, a supervising attorney at the Santa Fe Dreamers Project, a New Mexico group that provides legal and advocacy services to immigrants, said she hoped to see bipartisan legislation for immigration reform, “but we don’t have not seen it yet “.

“If this is how it is to be, then we are in favor of it,” Wilkes said of the reconciliation.