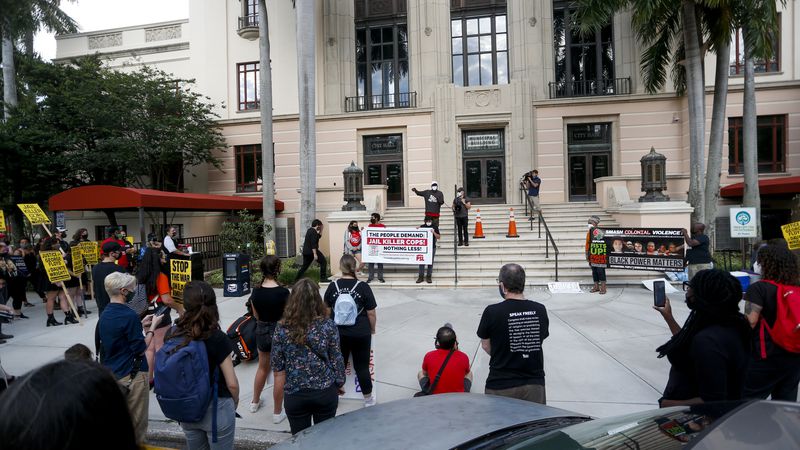 ST. PETERSBURG – City Council Chairman Ed Montanari said it was like getting a transcript with a big red â€œFâ€ on it.

On Thursday, the St. Petersburg city council considered the results of a disparities study it commissioned in 2018. The council wanted to know how much business the city gives to minority and women-owned businesses.

Mason Tillman Associates of Oakland, Calif., Won the study. He analyzed the main contracts and subcontracts of the city over a period of three years in construction, professional services, including architecture and engineering, and goods and services, to see if the proportion of contract dollars allocated to minority and women-owned businesses was relatively close to the proportion of these businesses in the region.

The study found disparities almost entirely across all areas, across demographic groups in terms of race and gender, within each industry examined, and at the principal and subcontractor level. Non-minority men won the biggest projects and got the most business.

â€œIt was disappointing to say the least,â€ Montanari said.

Council member Darden Rice said the city should work to remove barriers for minority businesses, adding that it could work with St. Petersburg College and St. Petersburg Pinellas Technical College to get minority entrepreneurs into the workforce. She also recommended that the Jessica Eilerman Small Business Liaison Department be expanded.

Council member Lisa Wheeler-Bowman explained how she received constant calls from city employees alleging racism and abuse. She told the Times they call him because they are too afraid of the administration.

â€œWe are responsible. We are held accountable. So to me, part of me feels like I let the employees down, â€Wheeler-Bowman said. “Seeing those numbers and acting like we’re okay with that is a problem for me.”

Council member Deborah Figgs-Sanders said she was not surprised at the results. She said the city must find out why minority business owners never get past the procurement process.

â€œThe study of disparities is now in our face,â€ she said. â€œWe cannot deny it. We cannot throw the box on the road. No matter what we need to fix this problem, I totally agree. Let’s do it.

Vice-President Gina Driscoll offered to accept the results of the study. She said she too wanted to fund the recommendations and allow members to give their own opinion.

â€œWe have to make sure our own house is in order and that it does it right too and I look forward to conversations about that as well,â€ Driscoll said.

One of the solutions considered was the following on the agenda: the creation of a second location in southern St. Petersburg for the greenhouse, billed as a one-stop-shop to help grow small businesses. Driscoll said she hoped it would be on the city’s list of recommendations.

Deputy Mayor Kanika Tomalin said the city has identified dollars to spend on solutions, including staffing, which may also require a consultant. She said council members will see him “at the top of this list” when they discuss the 2023 budget in January.

The city plans to return to council twice to talk about engagement, baseline, and operational planning by February 2022 and implement a final plan by March.