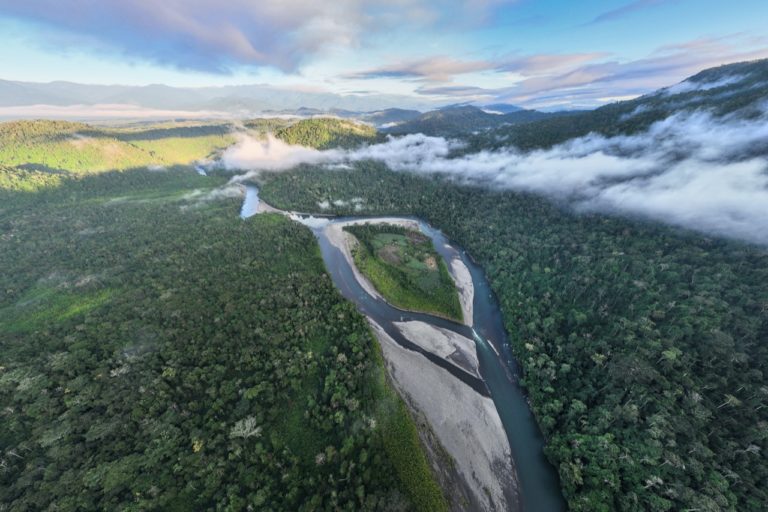 Deforestation is pushing the Amazon rainforest dangerously close to its tipping point, and the effects could soon be felt around the world.

A new report from the World Wide Fund for Nature (WWF), entitled Living Amazon Report, warns that threats to the Amazon have worsened in recent years and could lead to the biome’s total disappearance if more drastic measures are not taken. rapidly.

“The situation has started to show signs of approaching a point of no return: seasons are changing, surface waters are being lost, rivers are increasingly disconnected and polluted, and forests are under immense pressure. due to increasingly devastating waves of deforestation and fires,” the report said. “This could lead to irreversible changes in the near future.”

The report was presented at COP27 in Sharm el-Sheikh, Egypt, where the international community is discussing the implementation of policies to prevent climate change.

Cattle ranching, agriculture, land grabbing, fires and speculation have contributed to the loss of 18% of Amazon forests and the severe degradation of another 17%, according to the report. At the same time, pollution from mining and agriculture and the introduction of non-native species are increasingly destabilizing the region’s freshwater ecosystems.

There are currently more than 600 infrastructure projects running along the rivers of the Amazon, according to the report, with twenty road projects being planned and more than 400 dams in operation or under construction. planning. Meanwhile, mining operations continue to clear the forest and dump harmful chemicals like mercury into the water, according to the report.

As a result, the biome is approaching its “tipping point”, meaning it may soon shift from tropical rainforest to dry savannah and become unable to maintain its current biodiversity. The Amazon region in Brazil and Bolivia is already showing clear signs of savannization, another recent report showed, with Colombia, Ecuador and Peru moving in the same direction. Some studies indicate that the tipping point is somewhere around 25% forest cover loss. But according to the WWF report, it could also be less than that.

“There is no scientific consensus on the exact probability of reaching a tipping point because we don’t know enough about some complex ecosystem factors,” the report said. “However, the likelihood is known to increase with deforestation, degradation and climate change.”

Reaching the tipping point could dramatically alter the lives of the 47 million people who live and work in the Amazon region, the report says, including more than 500 indigenous groups. It would also have regional and even global implications, since the rainforest would be unable to fulfill its ecological function of recycling water and air pollution.

The Amazon recycles up to 75% of the humidity. But if deforestation continues, there will not be enough forest left to perform this function, leading to reduced rainfall, a prolonged dry season and water deficit.

This drought would mean more fires and even more forest loss. The Amazon stores up to 733 Gt of carbon dioxide, and releasing much of it into the atmosphere would likely help push the global temperature increase above the safe threshold of 1.5°C. , explains the report.

“Urgent action is needed to avoid global repercussions and ensure that this region can continue to regulate the planet’s climate and bring environmental and cultural benefits to the world,” said Roberto Troya, regional director of WWF Latin America and the Caribbean. .

According to the WWF report, it is not too late to prevent deforestation from pushing the Amazon beyond its tipping point. But it will take massive collaboration from governments, civil society, the private sector and indigenous communities, among other important stakeholders, to make it happen.

The report calls for the COICA-led “Amazon for Life” initiative to preserve at least 80% of Amazon forests by 2025.

The forestry and agricultural industry, banks and governments must work together, the report says, to check whether supply chains are contributing to deforestation. Beef, soy and other agricultural products have been found to clear primary forest without punishment because traceability systems are not always rigorous enough.

“Some companies work harder than others to follow their own money,” said Kelly McNamara, senior research and policy analyst with the International Climate and Agriculture Finance Program.

Existing protected areas, many of which are at risk of being degazetted to allow for infrastructure development, will require complex management plans that involve better monitoring and reporting by local communities and managers.

Strong sustainable forest management, in which forest products are harvested without contributing to forest degradation, will also ensure the long-term health of forests while helping to combat illegal logging, according to the WWF report.

The report highlights that indigenous peoples are essential to the realization of virtually all of these initiatives, as their livelihoods are often linked to the ecosystems of their territories. Fishing, ancestral farming systems, tourism and other cultural practices, he said, make indigenous peoples key players in protecting the Amazon in the future.

Banner image: The Pinipini River in the Peruvian Amazon. The Amazon Basin provides essential ecosystem services to the 47 million people who depend on it for their livelihoods, while playing a key role in regulating the global climate. Image by Rhett A. Butler.