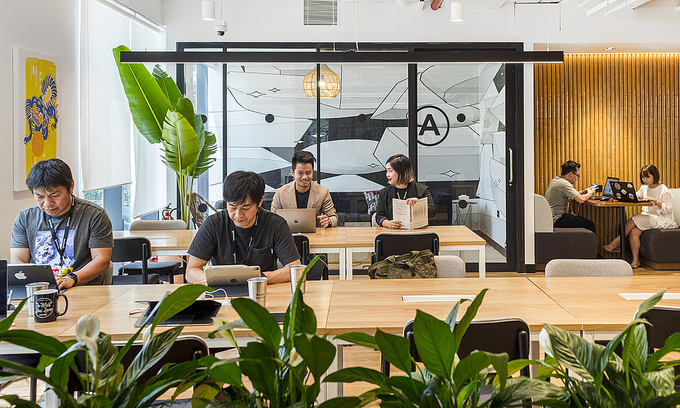 This month, Dreamplex, which has five coworking spaces in Hanoi and HCMC, unveiled a service called temporary office for companies with at least four payrolls.

With three facilities in HCMC, cirCo recently provided an online meeting solution for businesses that lack equipment and technicians.

A few days before HCMC imposed social distancing in early June, Toong inaugurated a new 1,250 m² coworking space in District 3 after a precedent in March in District 1.

Its CEO, Duong Do, said 75% of the new District 3 office had been booked even before it opened.

“The pandemic has helped us to become more precise and more flexible in the design of our services,” he said.

The number of customers in the capital tripled during the pandemic, with revenues increasing by about 15% in 2020, Do said.

Balder Tol, general manager of WeWork for Australia and Southeast Asia, said VnExpress that the demand for coworking spaces is on the rise.

The first wave of Covid in Vietnam last year only slightly affected demand as many companies allowed their staff to work from home.

However, as the pandemic dragged on, they began to pay attention to coworking spaces, and small businesses now tend to seek flexible rather than traditional workspaces, he said.

Some coworking space operators are ready to expand. Toong is about to open a new facility in HCMC and plans other facilities in Hanoi and Da Lat and to cooperate with Wink Hotels for three projects in Da Nang and Can Tho.

Dreamplex announced plans to open a new facility in Thu Duc town in HCMC in October and in District 4 in November.

But businesses face challenges in achieving sustainable growth, as serviced offices are more suited to startups or businesses employing 30 people or less, according to real estate experts.