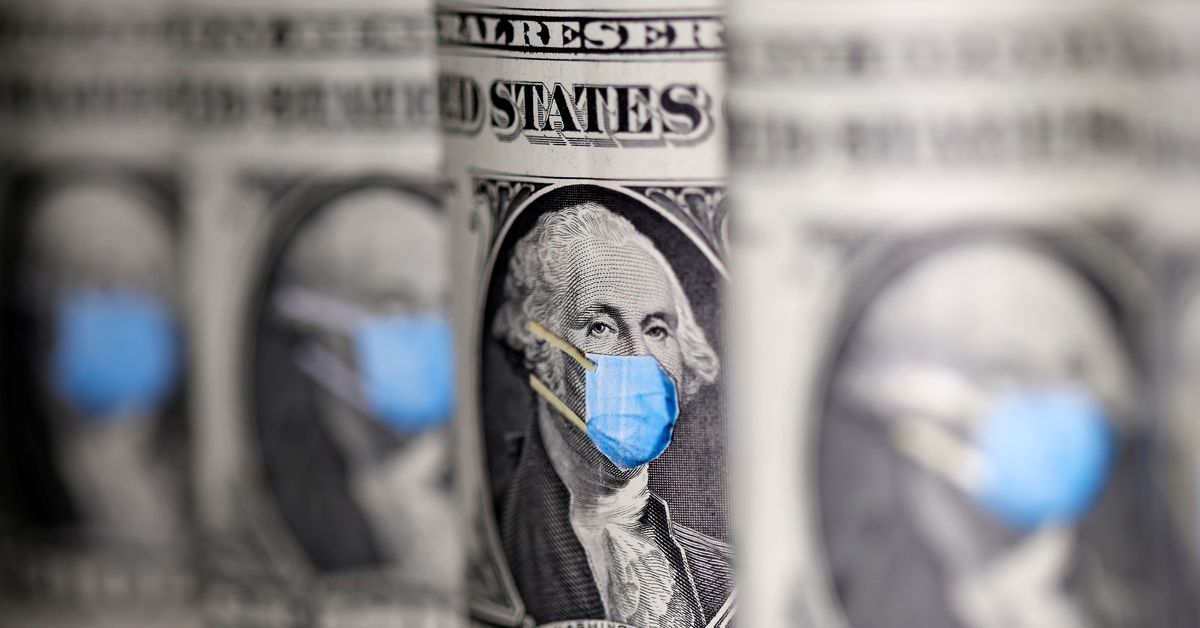 George Washington is seen with a medical mask printed on the dollar bills in this illustration taken March 31, 2020. REUTERS / Dado Ruvic / Illustration

NEW YORK, Sept. 27 (Reuters Breakingviews) – Discussions of American health exceptionalism hover around the 18% of GDP the country pays each year to keep its people alive and well. But the pandemic shows how poorly the population is served despite this astonishing sum.

Life expectancy of American men at birth fell 2.2 years in 2020, according to researchers at the University of Oxford. The United States experienced the largest decline among 29 countries. Europe has seen lifespans fall mainly due to deaths among those 60 and over, while across the Atlantic there has been a sharp increase in mortality among those under 60.

The United States is the only developed country failing to guarantee health services for all. While most seniors benefit from Medicare, the government-backed insurance plan, about 30 million working-age people, mostly poor, do not have health insurance. This can leave them without basic care or afraid to seek treatment that could cost them colossal bills.

Researchers blamed access to health care as a likely contributing factor in deaths. Even America’s most powerful employers have tried and failed to crack the code. After this sobering change in American longevity, the ball is in the court of lawmakers. (By Robert Cyran)

Fill the regulatory holes of the size of Greensill Learn more

Reuters Breakingviews is the world’s leading source for agenda-setting financial information. As the Reuters brand for financial commentary, we dissect big business and economic stories from around the world every day. A global team of around 30 correspondents in New York, London, Hong Kong and other major cities provide real-time expert analysis.