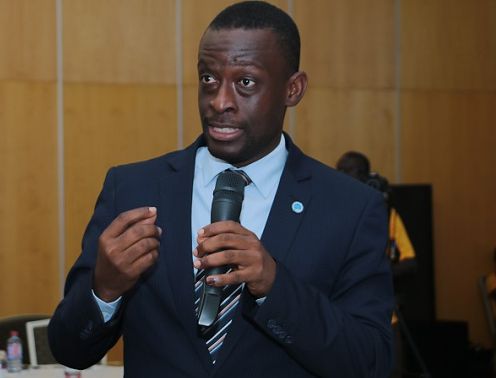 It boasts of the redevelopment of the famous Takoradi Market Circle and the construction of a four-tier interchange at the PTC roundabout.

Apart from the vibrant commercial activities in the constituency, fishing is the mainstay of the people of the New Takoradi community while the rest of the coast from Takoradi Port is for recreational purposes. Beach across the estuary to Fonko in Ahanta West.

Takoradi constituency, with an estimated population of around 480,000, is made up of a mix of formal and informal workers.

Takoradi Constituency in the Western Region, one of the oldest constituencies in the country, has seen significant development over the past three years.

However, residents expressed varied opinions on their development needs in the constituency and called for accelerated action on their two major projects and other needs.

Takoradi Ward, which is also the commercial capital of the region, hosts a lot of commercial and industrial activities and is growing at a very rapid pace.

It shares borders with Sekondi at Effia-Nkwanta and Effia-Kwesimintsim at West Tanokrom and parts of the new site.

The Member of Parliament (MP) for the region is Kwabena Okyere Darko-Mensah, who is also the Minister for the Western Region. He succeeded Gladys Asmah as MP in 2004.

The first female MP from the constituency after the return to constitutional rule in 1992 was Tabitha Sybil Quaye of the National Democratic Congress (NDC), but the New Patriotic Party (NPP) in the 1996 elections won the seat with Ms Asmah as its candidate, and she retained the seat until 2004, when she retired from parliament.

With the ongoing development in the constituency, some political observers believe the ruling party would retain the seat in the 2024 elections despite the current economic challenges, but others believe otherwise.

NDC communications director Kirk Mensah said the interchange and redevelopment were nothing new. “These are projects that had been on the drawing board for some time,” he said.

“When it comes to projects that impact people’s lives, the NDC has a superior pedigree.”

NPP members said the plans underway were a game-changer for the 2024 elections and the plans would speak for themselves.

Mr. Darko-Mensah said, “As an MP for the people of Takoradi, I would roll up my sleeves and follow every project in my constituency to make sure it gets done. Again, as a regional minister. I will pursue the same projects throughout the region for the benefit of the people.

He said there is no doubt that the roads being built and other ongoing projects will open up many regions and boost economic and social development.

He said that as an MP he had done a lot for his constituents in the areas of education, health, clean water, youth empowerment programs, roads and security.

While some traders are of the view that the link roads to the central business district (CBD) should be given equal attention to ensure smooth traffic flow in the area, the concern of fishermen has been that of the lack of premixed fuel for fishing.

New Takoradi Chief Fisherman Secretary John Kwamena Atuaaboh said the challenge they are currently facing is the lack of pre-mixed fuel. “We understand it’s not just us, but something through the cost,” he said in an interview with the Daily Graphic.

Asked how they were handling the situation, Mr Atuaaboh, who also owns a canoe, said they had to rely on conventional petrol stations to buy fuel for fishing activities.

“The truth is that we operate at a very high cost and our fishing is not like road transport; sometimes we go fishing and come back with nothing but debts. No trap,” he said.

He added: “What fishermen want now is special attention. The government should give us special attention, the focus has always been on the farmer, fertilizers and other subsidies, we also use inputs, which must be captured.

The National Canoe Fishermen Council of Ghana has also added its voice to the shortage of premixed fuel at the various landing beaches.

They attributed the shortage to the current formula used for distributing pre-mixed fuel to fishermen which they say has been politicized.

“Just look at the current composition of the premix committee. It is made up of representatives of the party of the day. Only the chief fisherman we can conveniently say is not political. So other fishermen said to be on the other side are struggling to get premix,” he lamented.

The Fisheries Commission’s Western Regional Director, Joseph Yeboah, on his part, said the Department of Fisheries was concerned about the supply of premix and was working hard to resolve it.

“As I speak to you, we are looking at digitizing premix sourcing. This means that without a card, one will not be able to purchase the product. Unfortunately, anglers are not showing up to adopt this innovation. We brought 500 cards and only 200 have been collected so far. So we are indeed concerned and we are working to solve the premix problems”.
Sharing his thoughts on the development of the ward, Kweku Essel, a shopkeeper, said that Takoradi is the main trading area for the people, so it is important that the roads leading to the business district are in good condition.

“I am a trader here in Takoradi, but a resident of Mpintsin, near Kojokrom; coming to the store is hard work, some bad stretches of the road slow down traffic,” he said.
Another Amanful resident, Ekua Esaba, called for accelerated action on ongoing development projects in the constituency to match its status as the country’s third largest city.

She explained that since the discovery of oil in 2007, there had been an influx of many businesses from the banking, oil and gas sectors to the regional capital, hence the need to improve and expand infrastructure to keep up with the current pace of development.

In West Tanokrom, where Jubilee Park has been turned into a temporary market, traders said they wanted a bigger park for their business.

A shopkeeper, Mrs Gifty Dadzie, told the Daily Graphic that her prayer was that work on the new market would be speeded up to enable them to roll back.

“We are exposed to bad weather; we don’t have enough space for customers to park their vehicles and patronize our goods, and we’re also exposed to the weather,” he said.

For some young people, although the discovery of oil in the western region put the name of Takoradi on a high pedestal, the lack of jobs for young people had become an antithesis.

A university supply graduate, May Addo, said that since graduating in 2013, she had made unsuccessful efforts to find a job, and now she was selling noodles at night for a living.
Abdulai Mohammed, a mechanical engineering graduate, said: “I am still dependent on my brothers and sometimes run other errands for people for survival advice. I understand the challenge, but now it’s too much.