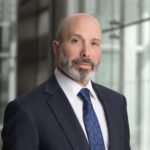 The combined P/C ratio for the first quarter was 84.3 compared to 91.8 the previous year. Underwriting P/C income and combined ratio results were both record highs, Chubb said.

CEO Evan Greenberg said Chubb achieved “double-digit growth in commercial premiums accompanied by rate increases exceeding the cost of losses and growing momentum in our consumer businesses globally.” Commercial premiums increased by 10.5% in North America and by 13.6% internationally. The results exclude the farming company, which repaid $161 million in premiums to the federal government under a profit-sharing agreement, Chubb said.

Net premiums written in global P/C increased by 8.8% compared to the first quarter of 2021.

“In our international consumer lines, growth is steadily picking up, with personal insurance premiums up 10% and personal accident and complementary health premiums up 8.6% in constant dollars. Our U.S. high net worth insurance business had an excellent quarter, growing 7.4%,” Greenberg added in a statement.

Was this item valuable?

Receive automatic alerts for this topic.