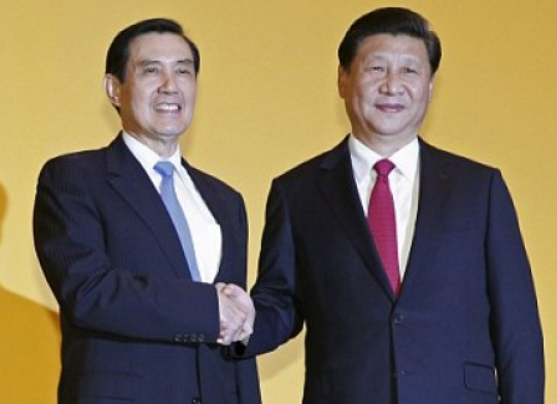 There is a lot of talk about US President Joe Biden, who told reporters at the White House on October 6, after returning from Michigan, that he and Chinese President Xi Jinping had reaffirmed their agreement on Taiwan. He said, â€œI spoke with Xi about Taiwan. We agree, we will abide by the Taiwan agreement. This is where we are. And we’ve made it clear that I don’t think he should be doing anything other than sticking to the deal.

This gave the impression that Biden had recently spoken to Jinping about the ridiculously large air violations of Taiwan’s airspace by China over the past week. But the only phone conversation Biden had with Xi Jinping was on September 10, seven months after Biden took over the presidency of the United States. Chinese agency Xinhua described the conversation as “deep and broad strategic communication and exchanges on bilateral relations and relevant issues of common interest.”

The White House also released a statement saying, â€œPresident Biden has underscored the United States’ enduring interest in peace, stability and prosperity in the Indo-Pacific and around the world and the two leaders discussed the responsibility of the two nations to ensure that the competition does not deviate. in conflict. But a lot has happened since that last conversation. Apparently, Biden’s October 6 statement was aimed more at the local public.

Simultaneously, Biden sent his national security adviser Jake Sullivan to speak in Zurich, Switzerland, with Yang Jiechi, a member of the Communist Party of China (CCP) Politburo on October 6. Yang was Chinese Ambassador to the United States (2001-2005), was Minister of Foreign Affairs (2007-2013) and since 2013 Director of the Central Foreign Affairs Commission under the leadership of CPC General Secretary Xi Jinping. The discussion would naturally not have focused only on Taiwan, but on a wide range of issues, including Taiwan and trade. But China hardly means what it says, as discussions between Chinese Foreign Minister Wang Yi and his Indian counterpart or with the Indian NSA have shown.

What is striking is that from the time of US President Nixon’s visit to China in February 1972, it was the United States that seemed to be chasing China, and not the other way around. Even during Nixon’s visit, China was evasive about Taiwan – Mao Zedong never said anything about not attacking Taiwan. Moreover, by default or on purpose, the United States allowed China to militarize the Western Pacific – at most during Barack Obama’s presidency from January 2009 to January 2017. Moreover, the United States not only ignored nuclear proliferation from China to Pakistan and North Korea, but have demonstrated that they cannot “act”. ‘against these two countries.

The Taiwan Relations Act (TRA) was promulgated by President Jimmy Carter on April 10, 1979. The law defined the officially substantial but non-diplomatic relations between the United States and Taiwan. Carter arbitrarily rescinded the Sino-U.S. Mutual Defense Treaty signed with Taiwan in December 1954 and ratified by the US Congress in February 1955. This was contested by US senators in the Supreme Court, but the case was dismissed as ” non-justiciable â€without addressing the constitutional question of Carter’s power to unilaterally reject a treaty.

The TRA does “not” guarantee that the United States will intervene militarily if China attacks or invades Taiwan and does not give it up. This ensures that US Taiwan policy cannot be changed unilaterally by US presidents and that the decision to defend Taiwan can only be made with the consent of Congress. Under this law, America must provide Taiwan with the necessary defense items and services to enable Taiwan to maintain sufficient self-defense capabilities. However, the law states that the United States “will consider any effort to determine the future of Taiwan by means other than peaceful, including boycotts or embargoes, a threat to the peace and security of the South African region. Western Pacific and a serious concern for the US “.

There has been speculation about the possibility of meeting Biden and Xi at the G20 heads of state and government summit scheduled for Rome later this month on October 30 and 31. But Chinese diplomats have indicated that Xi currently has no plans to attend the summit.

In an article published on October 5 in Taiwan’s Foreign Affairs magazine, Taiwanese President Tsai Ing-wen said the fall of Taiwan “would be catastrophic for regional peace and the democratic alliance system.” Meanwhile, Taiwanese Defense Minister Chiu Kuo-cheng said on October 6 that China would be able to launch a full-scale invasion by 2025.

But Xi is more likely to advance the invasion of Taiwan from 2025 and will continue to test America’s red lines before the Quad comes to fruition and before Australia obtains SSNs as part of the. AUKUS pact. China could manifest the biggest air and sea violation of Taiwan’s airspace and the Taiwan Strait on the upcoming National Taiwan Day on October 10. China is already challenging America in the Arctic. Recall that in June of this year, Nikki Haley warned that China could attack Taiwan after the Winter Olympics in China in February 2022 and if China seized Taiwan, Beijing would be emboldened to seize it. ‘other territories in the world.

China is aware that under the TRA, the US president cannot use force to defend Taiwan without congressional consent, which could mean a delay. This is why China is repeating large-scale aerial violations and repeated exercises at sea, including live fire, amphibious assaults, island territories, etc. China reportedly noted the loss of face to the United States in Afghanistan, Joe Biden’s speech at the UNGA which was conciliatory towards China, the United States’ efforts to restart trade talks with China and the friction between the US and the EU on UKUS while China is the EU’s biggest trading partner.

To top it off, Xi has his own dissent issues at home and abroad. He cannot afford a dent in the bigger Mao Zedong image that he has built for himself. It is not only Evergrande with a debt of over $ 300 billion that it could default, but China’s external debt represents half of its GDP while in the last two decades the Navy of the PLA (PLAN) has more than tripled in size. The 20th National Party Congress of the CPC that would shake the highest echelon of Chinese politics is scheduled for 2022.

What Xi would do if he felt vulnerable, which apparently is the case despite his poker face, is not difficult to understand; attack of course at an opportune time knowing that there is no other way to assimilate Taiwan than to use force and this will open the doors to China’s world domination with another crippling blow to the image of the American superpower after the debacle in Afghanistan. It comes down to choosing the right time to invade Taiwan, when Biden would take the longest time in Congress to approve the use of force to defend Taiwan.

Xi also understands that by attacking India, US support will be limited to arms sales. China has waged war on multiple fronts and India must be prepared for a war on two fronts alongside the escalation of the third front with terrorist attacks backed by technology.