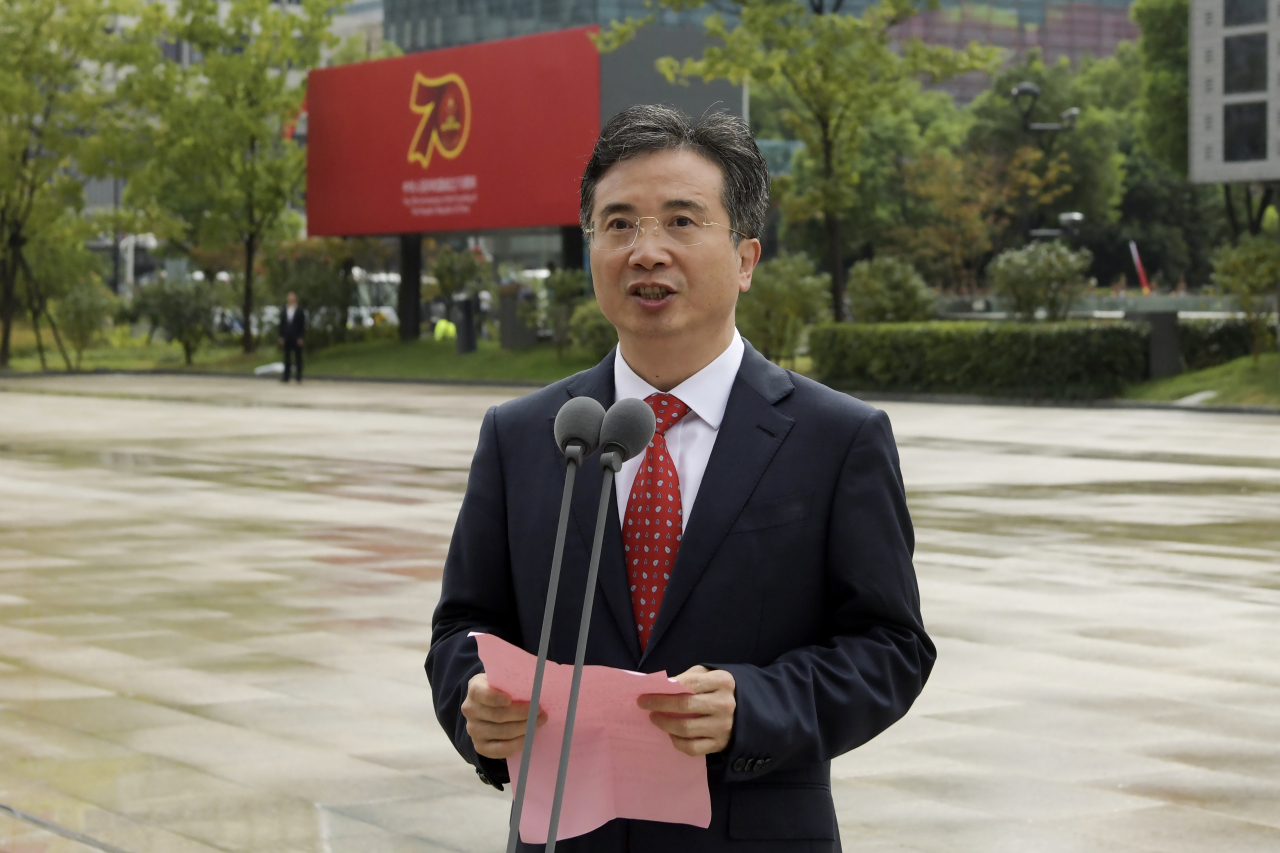 Hangzhou Municipal Party Committee Secretary Zhou Jiangyong, 53, has been investigated for serious violations of party discipline and state law, the Central Control Commission said on Saturday. discipline in a press release. Although the agency did not elaborate on Zhou’s alleged offenses, the party watchdog regularly uses such terminology to describe corruption investigations.

Following the announcement of the Zhou investigation, the Hangzhou Municipal Standing Committee held a meeting on Saturday affirming its commitment to anti-corruption and responsible governance. A separate statement from CCDI said the city will embark on a campaign to eliminate inappropriate links between government and business.

Social media accounts wrote over the weekend that Zhou’s family bought shares in a financial technology company ahead of its initial public offering in November, before the listing plans were scrapped, according to an article by Chnfund which was published in The Paper, part of the State-supported Shanghai United Media Group. The posts, which did not name the company, have since been removed, according to the article.

Ant Group denied on Sunday that some people bought shares of the company ahead of its scheduled IPO last year, as “recent rumors online” suggested. The company did not specify who it was referring to, adding that it strictly adhered to all relevant laws and regulations throughout the registration process. Regulators abruptly ended Ant’s record $ 35 billion IPO just days before its debut last year, after its founder publicly criticized financial regulators.

Alibaba fell 3.7% in Hong Kong on Monday even as other tech stocks rose. The Hang Seng Technology Index rose 2.1%, rebounding from the 11% drop last week.

Hangzhou has become one of the wealthiest cities in China, thanks in large part to Alibaba and its group of subsidiaries. The country’s leading e-commerce operator pays billions in local taxes and is a major employer in the city, located in eastern Zhejiang province. It has also attracted hundreds and thousands of vendors and traders to the city, all seeking to do business with Ma’s sprawling internet empire.

This inordinate influence in Hangzhou fostered a strong relationship with the local government. In 2019, Ma was awarded the “Deserving Citizen of Hangzhou” award by none other than Zhou, the leader of the local party, who celebrated the billionaire tycoon for his contribution to the city’s economic and social development, according to government statements. of the time. Local media also published photos of Zhou attending Alibaba’s annual Singles Day shopping festival in 2019.

China under Xi Jinping has stepped up a multi-year campaign against corruption – seen as a major destabilizing force for the Party – that has entangled several top officials from Chongqing to Shanxi. Business leaders have also been criticized. Last year, Hu Xiaogang, a senior executive at bad debt firm China Great Wall Asset Management Co., was investigated. Former chairman of China Huarong Asset Management Co. Lai Xiaomin was executed in January for offenses including corruption.

The Zhou investigation comes after Zhejiang was recently designated by the government as a pilot area for Xi’s wealth redistribution efforts. The province, traditionally a melting pot for fast-growing private businesses, has announced plans to increase per capita disposable income to 75,000 yuan ($ 11,555) by 2025, an increase of 45% in five years. He also wants wages to represent more than half of his gross domestic product. In recent months, Xi has emphasized rhetoric about “common prosperity” as he seeks to reduce poverty, warning the country’s wealthiest citizens.

Speculation over Ant’s involvement in the Zhou investigation adds to an already troubled year for Ma. After its IPO was canceled in November, the group was ordered to restructure into a financial holding company which would involve greater government oversight. Alibaba has also been the subject of an antitrust investigation and fined a record $ 2.8 billion for violations such as forced exclusivity agreements. (Bloomberg)