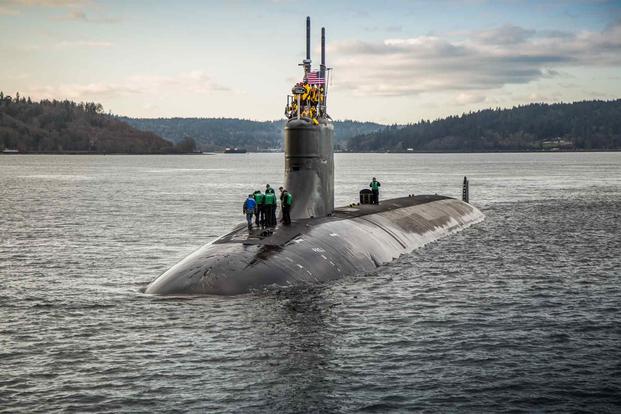 Beijing continues to demand responses to a mysterious US submarine incident that occurred in the South China Sea earlier this month, accusing the United States of being “cautious” and of trying to cover it up. The United States insists this is not the case.

The Seawolf-class nuclear-powered attack submarine USS Connecticut collided with an object in early October, and Chinese officials have repeatedly questioned it since then.

Chinese Foreign Ministry spokesman Zhao Lijian said on Tuesday that China had “serious concerns” and accused the United States of being “irresponsible” and “suspicious” by failing to provide details. the incident. He said the lack of detail gives “every reason to question the truth and the intention of the United States.”

“What was the USS Connecticut secretly doing in the South China Sea this time around? What did it collide with? Why did this collision occur?” Zhao asked. â€œHas there been a nuclear leak that creates nuclear contamination in the marine environment?

Zhao’s statements on Tuesday echo those he made on Oct. 11, when he accused the United States of “blocking out” and engaging in a cover-up operation. His latest remarks also echo comments made last week by Department of National Defense spokesman Tan Kefei, accusing the United States of covering up the submarine incident with a “lack of transparency.” .

Pentagon press secretary John Kirby addressed the Chinese cover-up allegations on October 12, saying that “it is a strange way to cover something up when you issue a press release about it.”

The U.S. Pacific Fleet issued a press release on the submarine incident five days after the collision on October 2, delaying its release due to operational safety concerns. China took advantage of the delay, suggesting it is suspect.

The Navy said the submarine struck an object while submerged in international waters, writing that there were no fatal injuries, the submarine was in stable condition and the nuclear propulsion systems had not been damaged.

The Maritime Service did not say where the incident took place, although Navy officials speaking on condition of anonymity provided the information to some reporters after the statement was released.

China’s line of questioning could be aimed at pressuring the United States to disclose information about American submarine activities in the South China Sea, especially given China’s submarine base. in the Strategic Waterway and speculation that Connecticut conducted surveillance.

But there is another angle to the remarks of Chinese government officials.

In his comments at Tuesday’s briefing, Zhao criticized the US military presence in the region and argued that the US is “the greatest militarizing force in the South China Sea” – a frequent criticism from the Chinese ministry Foreign Affairs.

The United States has repeatedly accused China, which has built military outposts in the South China Sea and used its growing military might to advance its geopolitical interests, of adopting behavior that contrasts sharply with the American vision. of a free and open Indo-Pacific region.

Connecticut is docked in Guam, according to The War Zone, which released the first satellite images of the injured submarine on Friday. Satellite images offered a limited view of the submarine but did not appear to show any major damage.

Â© Copyright 2021 Business Insider. All rights reserved. This material may not be published, broadcast, rewritten or redistributed.