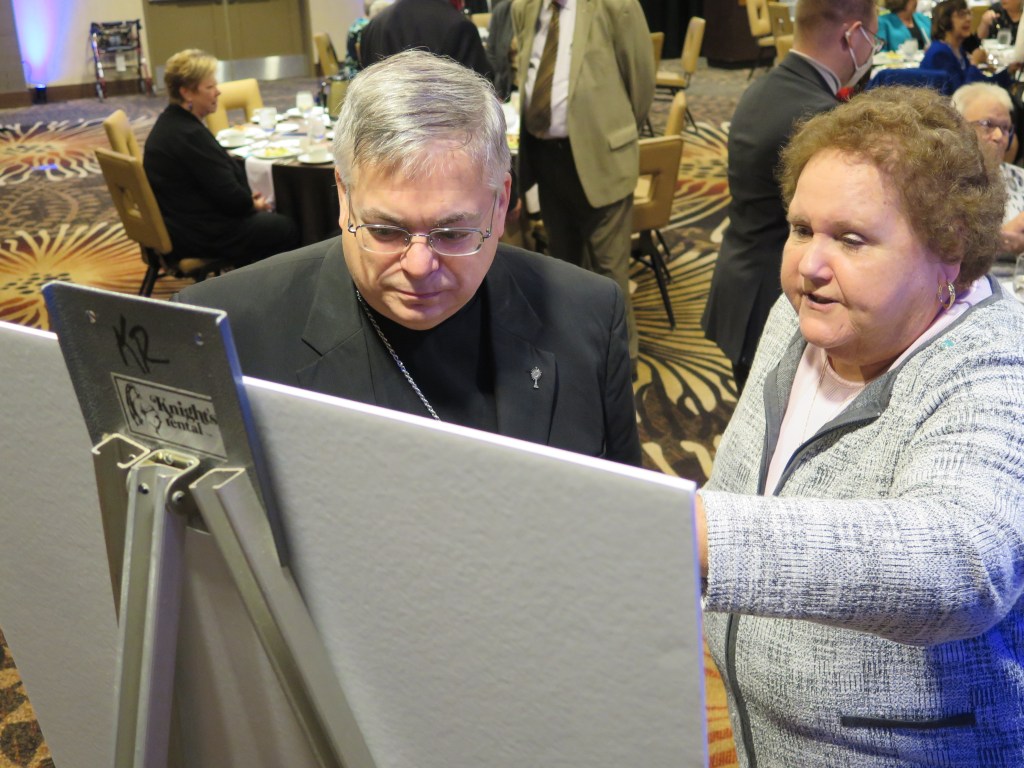 In 1920, a group of Catholic women from Berks County decided to form a group to support the Knights of Columbus.

They started a female auxiliary for Reading Council # 793. But almost immediately, they were informed that the Knight’s statutes forbade this kind of organization.

Intrepid women instead created the Catholic Woman’s Club of Berks County. The group held its first meeting on January 5, 1921.

More than a century later, the group is still going strong.

On Sunday, the Catholic Woman’s Club celebrated its 100th anniversary with a lunch and program hosted at the DoubleTree by Hilton hotel in downtown Reading.

Bryn Weckel, president of the group, said she was proud to be part of an organization with such a long history of dedication to community service.

She said that over the years the club has raised thousands of dollars for all kinds of causes.

“It gives you a sense of responsibility,” she said. “You have to keep going, you can’t let him die.”

Weckel said the group’s numbers have declined over the years to the point that there have even been votes to disband it.

“But we kept going,” she said. “Even if you go to a meeting and there are only 10 people there, they work so hard.”

The centennial celebration, Weckel said, rekindled interest in the group. She said today that she has members from probably every parish in the county.

“This has been a big boost for us,” she said, adding that the group was discussing ways to increase membership and trying to find new ways to raise funds.

Bishop Alfred A. Schlert of the Diocese of Allentown, who attended the luncheon, congratulated the club for its continued efforts.

“Two words come to mind: faith and service,” he said. “They have been a driving force and a constant presence in the county. And their efforts have always met the needs of the times.