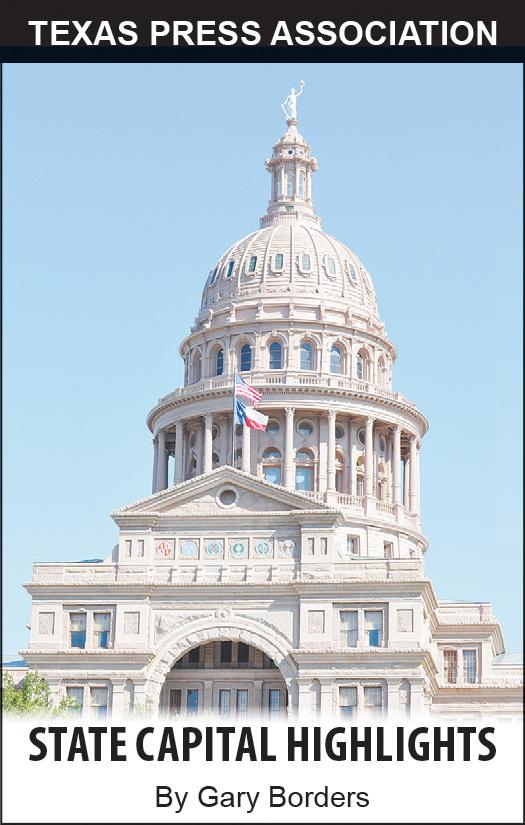 Seventeen counties in southeast Texas were declared disaster areas after Hurricane Nicholas hit, dumping more than a foot of rain and cutting power to half a million customers in Texas, according to poweroutage. us. That number had been reduced to around 4,200 on Sunday.

The Texas Department of Insurance has a number of tips for those affected by the storm:

For more information on TDI, visit the website, www.tdi.texas.gov/consumer/storms/home-damaged-faq.html.

Thousands of Haitian refugees fleeing political unrest and a severe earthquake flooded Del Rio on the Texas-Mexico border, prompting the city’s mayor to declare a state of emergency and close the bridge with more 15,000 migrants crammed underneath.

Border officials are working to process those who have crossed, while the Biden administration on Saturday ramped up flights to deport migrants to Haiti. Abbott called this a “border crisis” and ordered soldiers from the Texas Department of Public Safety and the Texas National Guard to maintain a presence around entry points to deter further entry.

Despite the influx of migrants to Del Rio, U.S. Customs and Border Protection said there were 2% fewer overall migrant encounters along the border in August compared to July.

Abbott backed down on an order to close ports of entry along the border, which the state has no legal authority to do, unless it has obtained clearance from customs and the US border protection, according to the Houston Chronicle. The federal government, not the states, has ultimate authority over the country’s borders.

The number of new COVID-19 cases in the state is down about 7% from the previous week, with 111,565 reported by the Coronavirus Resource Center at Johns Hopkins University. However, new deaths increased slightly, with 1,800 reported on Sunday.

The number of fully vaccinated Texans continues to rise, with 14.46 million reported in the state, according to the DSHS. That’s 49.6% of the state’s total population.

The Texas Legislature met on Monday for its third special session focused on redistributing the political boundaries of the House and Senate districts, as well as the seats in the State Congress and the Board of Education of the state.

Before the session began, Senate districts proposed by Republican leaders drew fire from across the aisle, according to the Texas Tribune.

State Senator Joan Huffman, R-Houston proposed a map that redraws two districts – hers and that of Angela Paxton, R-McKinney, to include comfortable majorities of voters who supported Donald Trump in 2020. Both districts saw voters narrowly favor Joe Biden in the 2020 election.

State Senator Beverly Powell, D-Burleson, said the reconfigured map gives Republicans in her district an unfair advantage. “The proposed card for the State Senate is a direct attack on the voting rights of minority citizens in Senate District 10 and, if passed, it would be an act of intentional discrimination,” she said. in a press release.

The redistribution promises to be a fierce battle, like every 10 years.

Up to $ 5 million for rural hospitals

Rural Texas hospitals are expected to receive up to $ 5 million in federal funding to help underserved Texans, the Health and Human Services Commission announced last week.

“As we strive to address health disparities statewide, this funding will help remove barriers to accessing care while connecting rural Texans with health care providers in a way. creatively and improving overall health outcomes within their communities, â€said Trey Wood of HHSC.

Funding comes from the Centers for Medicare and Medicaid Services. Texas is one of four recipients of grants, designed to “close health disparities, improve health outcomes and meet the unique needs of Texans living in rural areas using telemedicine,” according to the HHSC.

A coalition of zoos and wildlife scientists have released 204 captive-bred hatchlings of the once ubiquitous Texas Horned Lizard, more commonly known as the Horned Toad, into the wild. New evidence indicates that the previously released lizards are breeding successfully, according to a press release from the Texas Parks & Wildlife Department.

The horned lizard is one of 1,300 species of special concern in Texas, which are rare or in decline and require special efforts to avoid being classified as endangered under state or federal regulations.

Gary Borders is an award-winning Texas veteran journalist. He published a number of community newspapers in Texas over a period of 30 years, including Longview, Fort Stockton, Nacogdoches, and Cedar Park. Email: [email protected]