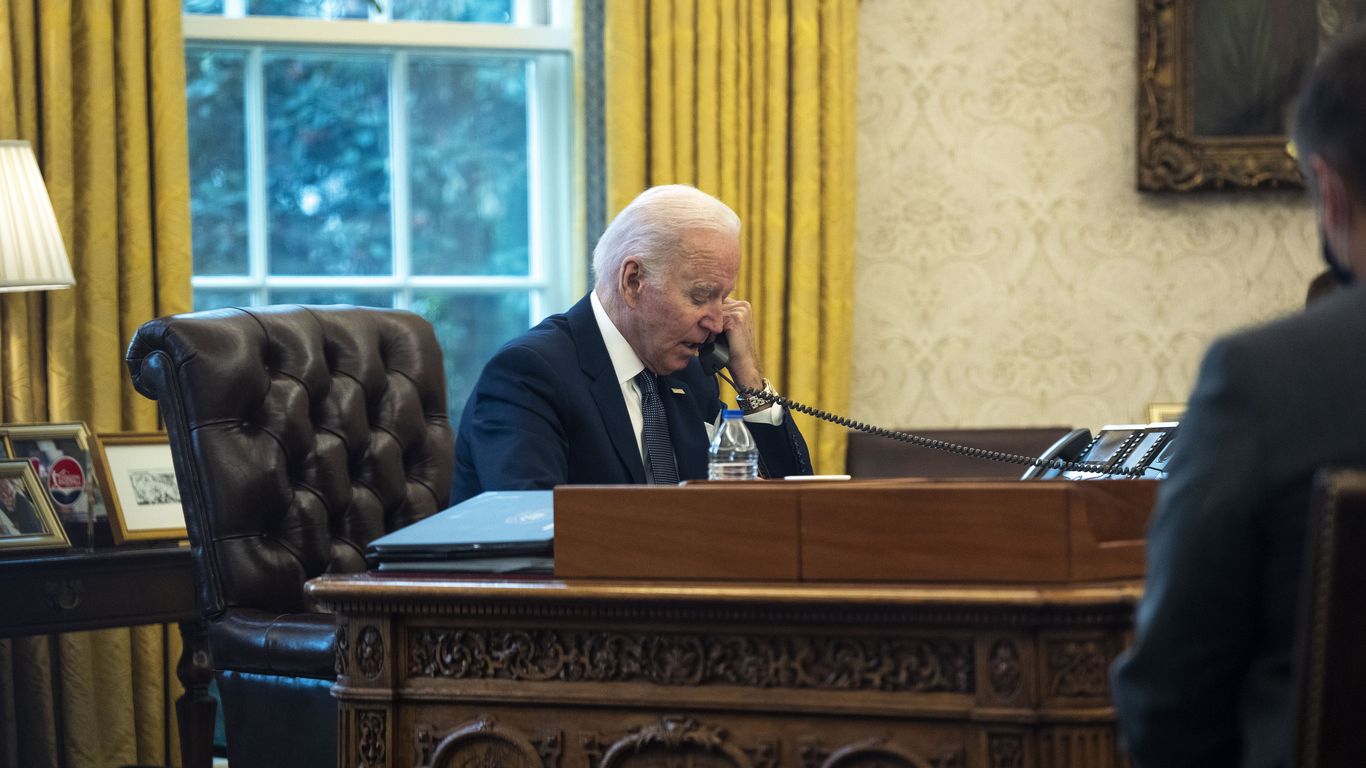 President Biden spoke with German Chancellor Olaf Scholz on Friday, congratulating the new leader and discussing the escalation of Russian forces along the Ukrainian border.

The big picture: Biden reaffirmed his support for “strong US-German relations and his desire to further strengthen transatlantic cooperation,” the White House said.

Catch up quickly: In a phone call Tuesday, Biden told Russian President Vladimir Putin that “the price for invading Ukraine would be higher than anything he has faced in the past,” writes Dave Lawler of Axios.