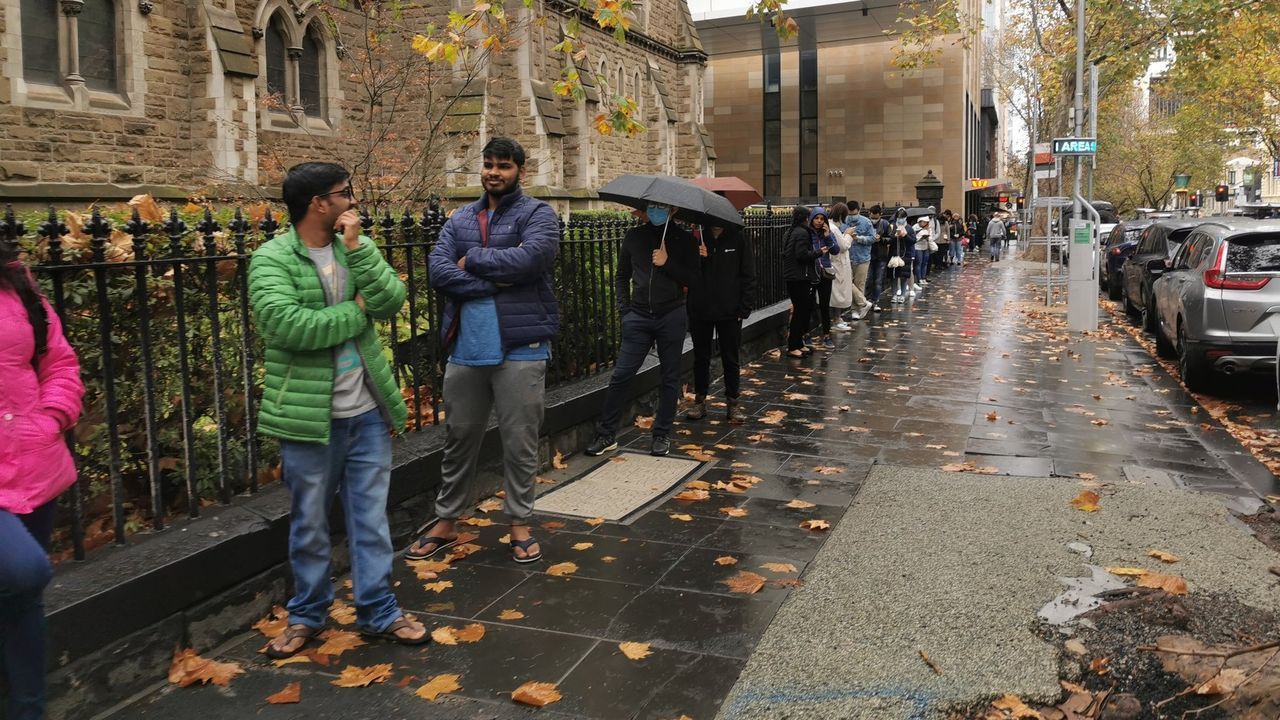 Australian Prime Minister Scott Morrison announced on Monday that fully immunized eligible visa holders, including international students, skilled workers and working holidaymakers, will be allowed to enter the country, without exemption, from December 1.

Quarantine requirements will be left to the states. Students and workers bound for New South Wales (NSW), Victoria and the Australian Capital Territory will not be required to self-quarantine at all upon arrival.

Morrison made it clear the motivation for the reopening, saying it will “further consolidate our economic recovery, providing the valuable workers our economy needs and supporting our important education sector.”

The move comes in part in response to a clamor from corporate lobbyists for the resumption of international travel to ensure the return of cheap immigrant labor as Labor and Liberal-National state governments across the Australia are swiftly lifting all remaining COVID-19 restrictions ahead of Christmas.

In New South Wales and Victoria, despite ongoing COVID-19 outbreaks, virtually all measures to contain the spread of the virus have been lifted. Restaurants, pubs, cinemas, stadiums and other high-risk public places have reopened, but companies are complaining about an alleged “labor shortage.”

Restaurants and Catering Australia Managing Director Wes Lambert said in October, obviously with horror, that “many CBD establishments” were offering $ 40 an hour for barista positions and up to $ 50 an hour. for servers to attract workers to jobs.

While some high-end restaurants in Sydney and Melbourne, among the least affordable cities in the world, may offer higher short-term wages to casual workers without guaranteed hours or future employment, companies are not ready to accept this as the norm in an industry where workers are typically paid half or less of the numbers Lambert cited.

Accommodation and food service workers earn an average of $ 650 per week, the lowest median wage in the country, according to the Australian Bureau of Statistics.

The claim that there is a “labor shortage” runs counter to reality. The latest employment data from Roy Morgan indicated that Australia had an unemployment rate of 9.2 percent and an underemployment rate of 8.6 percent. In other words, about 1.32 million people were not working and 1.23 million were working fewer hours than they wanted.

What companies really mean by “labor shortage” is a lack of workers willing to work for pittance. This is what is behind the demands to bring international students and backpackers back to the country, in order to forgo cheap labor.

Australian Chamber of Commerce and Industry chief executive Andrew McKellar said earlier this month: â€œTo revive our economy, we’re going to have to go beyond quarantine requirements for all fully vaccinated international arrivals. â€¦ Fully immunized skilled migrants, working vacationers and international students should be allowed to enter the country as soon as possible to fill skills gaps. “

McKellar’s comments express the demands of the ruling class for the reopening of international borders, which is essential to the resumption of profits and the over-exploitation of immigrant workers.

Hospitality workers have been among the hardest hit by layoffs and hours during the pandemic. The sector is dominated by low wages and high levels of precariousness and relies heavily on international workers and students.

According to a report released by Monash University in January, â€œMigration and COVID-19,â€ the food and accommodation industries employed around one million workers as of June 2019. The report found that in the hotel industry, 79% of all workers were in casual employment. use.

In 2019, skilled migrants, international students and working holidaymakers (WHMs) “were a vital part of the hospitality industry”. About half of all workers in the restaurant and cafÃ© industry and the accommodation sector were WHMs and 12 percent were temporary migrants.

The report continues: â€œFor international students, working in the hospitality industry is the most common form of employment, along with cleaning, with a significant number of people working in food processing. While people with WHM visas most commonly work in agriculture, hospitality-related jobs are also a common place to work.

A 2018 publication in the Economic and industrial democracy The newspaper published a survey of 1,433 international student visa holders, which showed that 100 percent of those working part-time as waiters and retail salespeople were paid less than minimum wage.

Morrison said in April 2020: â€œAs much as it is nice to have visitors to Australia in good times, in times like this, if you are a visitor to this country it is timeâ€¦ to come home. “

With businesses closed during the closures, these “visitors” were not needed as a source of cheap labor and they were driven out by the government’s refusal to provide them with even the meager social and wage subsidies offered to workers. and Australian students.

Regardless of their nationality, casual workers were excluded from JobKeeper’s subsidies if they had not held the same job for 12 months. In the hospitality sector, with its high turnover rates, many students and young people were not eligible.

As co-architects of the JobKeeper program, the Australian Council of Trade Unions (ACTU) has played a key role in cutting jobs in the hospitality industry during the closures.

Hospo Voice, the hotel branch of the United Workers’ Union, released a statement on November 15 titled “5 Ways to Make the Most of the Workforce Shortage at Hospo.” The union urges workers to use their “position of power” to negotiate with bosses to “get the pay you deserve, job security and a safer workplace.” If those appeals to management fail, the statement suggests that workers write a negative review of their employer on the union’s website “Fair Plate” and “get a better job.”

The statement is a statement that the union, which has hundreds of millions of dollars in assets, will not lead any fight against low wages, widespread insecurity and wage theft across the industry. In addition to placing the responsibility for seeking to improve the conditions of atomized individual workers, it is a commitment to management that the UWU and its counterparts will ensure that poverty-level wages and conditions miserable people in the sector continue.

Decent wages and working conditions for hotel workers, regardless of their nationality and ethnicity, cannot be achieved through unions, which are a corporate police force of company management. Instead, workers should fight to create grassroots, unified committees in all workplaces, completely independent of unions.

Through these committees, workers must oppose the ruling class’s homicidal policy of forcing the population to â€œlive withâ€ the deadly virus. This should include a fight for science-based travel restrictions, a medically-based quarantine program for all necessary international arrivals, aimed at preventing transmission, and for lockdowns and other security measures aimed at eliminating COVID.

It demands a complete rejection of attempts by the Labor Party and unions to pit Australian-born workers against their “foreign” counterparts. The never-ending assault on jobs, wages and conditions is not caused by immigration. Instead, it is the result of continuous sell-offs imposed by unions, alongside Labor, who are both pledged to increase profits at the expense of wages and even the lives of workers.

The struggle for the social rights of ordinary people, including health and safety, demands the unity of the working class, in Australia and internationally, on the basis of a socialist agenda to end to the pandemic and to guarantee permanent full-time jobs with decent pay for all.

The working class must have a political voice, which the Australian ruling class seeks to stifle with this legislation.