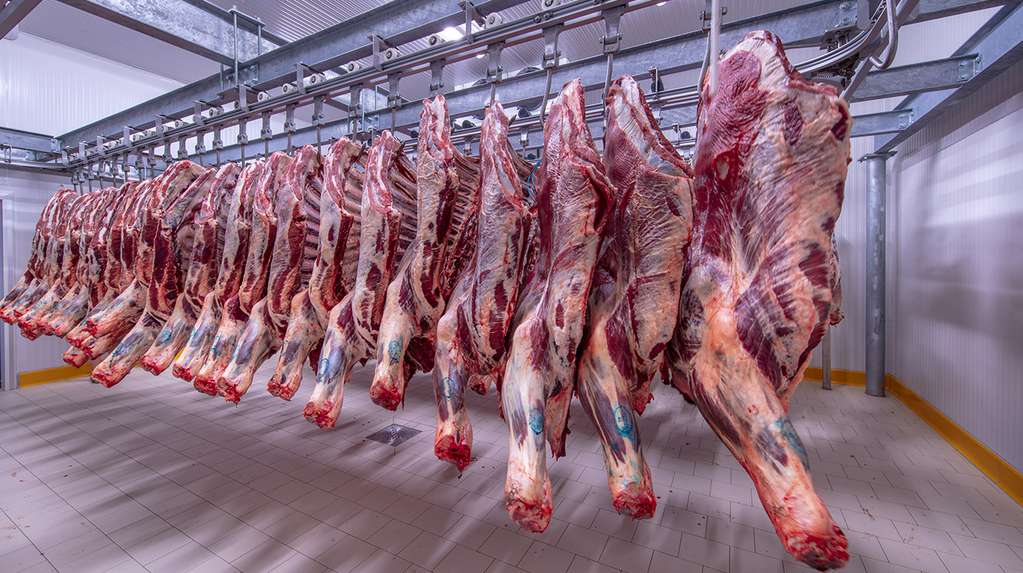 Most of the countries in Europe, Asia and America are in control of the coronavirus pandemic and their populations are rapidly returning to the previous way of life. One of the clearest indicators of this behavior is the rapidly recovering global meat trade. “Demand has reappeared and, simultaneously, the main exporting countries have few products to offer, while our country is excluded from this favorable scenario, practically” celebrating “, Explain Diego Ponti, Livestock market analyst for AZ-Group consulting firm.

He justifies his request by the fact that Brazil -the world’s largest exporter- has reduced its workload and recently had to shut down its business with China due to the emergence of cases of â€œmad cowâ€. For its part, Australia He is leading a property retention process that has catapulted the price of the living kilo to six dollars. In addition, this country continues the diplomatic conflict with China, triggered by the demand for explanations on the origin of the coronavirus.

However, Argentina is reducing its presence in the global meat trade due to the restrictions imposed by the government and because it is seen as an unreliable supplier, which has a negative effect on the entire trade chain.

At the same time, other countries are advancing in the markets. UNITED STATES, who was on the fringes of business with China, vigorously entered this square. Uruguay its exports have increased by 34% and celebrates Argentina’s restrictive behavior. “They plan to grow and conquer new markets: because of this momentum, the Chinese are already consuming more Uruguayan meat than the Uruguayans themselves,” Ponti said.

On the demand side, the Asian giant was the first country to overcome the health crisis and it has already reached pre-pandemic price levels for beef. In the next weeks will start to stock for the Chinese New Year holidays in February, imports corresponding to the prices recovered.

The same goes for the Hilton royalty, which had collapsed until US $ 6,500 per tonne in the midst of the pandemic and has now recovered to US $ 14,500 per tonne with an increasing trend, driven mainly by the Hotels, Restaurants and Cafeterias (Horeca) circuit.

However, in this scenario, not all of them are rosy for exporting refrigerators. Hook meat has increased 40% in Mercosur since August last year for major operators, while the price of the product at destination has only increased by 33%, according to the FAO. For example, meat processing factories have resumed activity in recent months, but they are missing a selling price to compensate for the increase in the value of the farm.

Structurally, in the Argentinian domestic market, there are supply and demand problems. On the side of the offer, production increased, allowing even new areas in the country, but with a slower speed than the demand. The cattle herd continues to produce few calves. For example, between 12/31/20 and 12/31/19 there was a reduction of 83,000 bellies, but 657,000 fewer calves were produced.

For its part, the calf / cow ratio is 62.5%, a little lower than that of Uruguay (65%), but the difference with this country is in the level of slaughter weight: Argentina produces cattle with 50 kilos less than in the neighboring country. The reason for this behavior is related to disincentives to their production, such as export closures and withholdings, which set prices that are not an incentive to invest and determine that adding more kilos is not a business.

In short: if these productive parameters are not corrected by official measures of encouragement, instead of bans, the discussion will continue on the shortage, because there is not enough meat to supply the domestic market and export. easily. Also this year meat production will be 6% lower than last year, so that it is difficult for the prices of the living kilo to fall in constant currency, even if the export restrictions are maintained.

Meanwhile, the internal consumption is at historic lows, in a range of 45/50 kilos per inhabitant and per year. â€œThe purchasing power of the consumer’s salary is very resentful, not only measured in kilos of meat but with other products, but the meat is popular and in the media,â€ Ponti pointed out.

Meanwhile, bovine protein has experienced a price hike above inflation over the past 12 months, affecting a population that already had declining purchasing power in previous years. To illustrate the complicated situation of the consumer, the analyst calculated how much an Argentinian spends today to buy meat: $ 3,259 per month. At 2006, in pesos equivalent to today’s currency, spent $ 1700 and consumed 70 kilos per inhabitant per year.

Agricultural prices during an election period

Generally, in election years there is a seasonal pattern: Meat prices are high in the fall, drop steadily in the spring, before the election, and then rise again. It is possible that this trend will be copied this year and that there will be a recovery in nominal values â€‹â€‹after the elections due to the resumption of frequentation of gastronomic venues and face-to-face family reunions.

Waiting for, The current export restrictions mainly concerned heavy calves and industrial cows. For now, the big steer Without quotas it is an animal with little fate, so its price has fallen by 14% in constant currency.

Finally, the cows on export, they have also suffered the impact, but are gradually recovering due to the seasonal drop in supply, an important factor for breeders. The light steer it was the category least affected by trade restrictions. However, weak consumer demand makes it difficult for prices to beat inflation in the short term. “There could only be a reaction towards the end of the year, coinciding with the return to normalcy and the end of year festivities,” Ponti concluded.

Disclaimer: This article is generated from the feed and is not edited by our team.