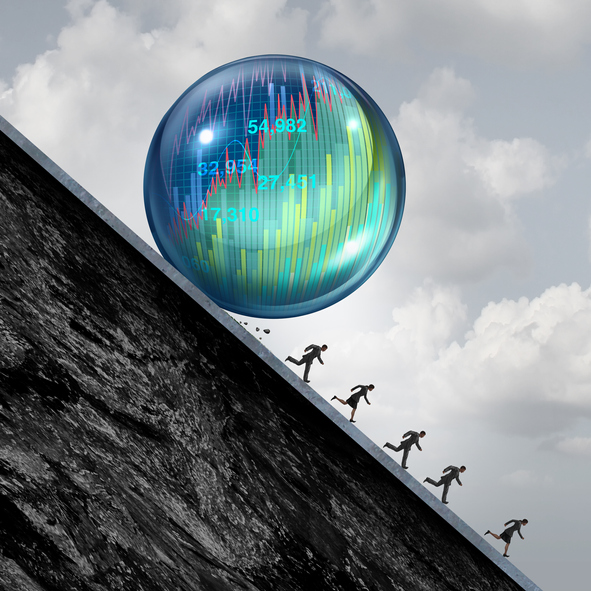 Since 2012, monthly consumer inflation has averaged (on an annualized basis) less than 2%. Prior to this year, the peak was 7.2% in August 2012. The past three months have broken this record. According to the Bureau of Labor Statistics, consumer inflation was 7.7% in March, 9.6% in April and 8% in May.

The last time we had three consecutive months of inflation above 7% was in July 2008, in the middle of the Great Recession.

Debt has become so large that it is becoming difficult for the Federal Reserve to control inflation. Slowing money growth may be good for the economy in tempering inflation, but it is bad for the federal government because the subsequent rise in interest rates increases the budget deficit.

We are not looking for hyperinflation. â€œHyperinflationâ€ doesn’t have a technical definition, but economists typically use it to describe inflation rates that range from â€œgargantuanâ€ to â€œunbelievableâ€ – think inflation rates in the thousands or even millions percent.

Consider an extreme situation. Suppose the federal government continues to run trillion dollar deficits indefinitely. Suppose further that the Federal Reserve fully monetizes these deficits. In other words, suppose the Federal Reserve prints the money needed to fund these deficits. The money supply is currently around $ 20 trillion. Monetizing an additional $ 1 trillion per year would mean increasing the money supply 5% faster than not. So if core inflation was typically 3%, that means (making very general assumptions that everything else remains relatively constant) we could expect inflation to be 8% on a rolling basis.

Considering the past two years, a mere $ 1 trillion deficit may be wishful thinking. If the government maintains a constant $ 2 trillion deficit and the Fed monetizes it, we will be looking at sustained inflation of 13%.

Even in this extreme case, we are nowhere near hyperinflation.

But, something else would happen. We would set a precedent. Politicians are urged to push deficit spending as far as voters are willing to let it. After a few years of deficits of one or two trillion dollars, voters will become hardened. Then we will see the politicians calling for deficits of two or four trillion dollars. And when voters get comfortable with these, politicians will push even further.

We are already seeing the seeds of this in intellectual bankrupt modern monetary theory. MMT comes down to a simple policy prescription: Politicians should feel free to print as much money as they want.

It’s a recipe for hyperinflation.

Antony Davies is Associate Professor of Economics at Duquesne University and co-host of the weekly Words & Number podcast. He wrote this for InsideSources.