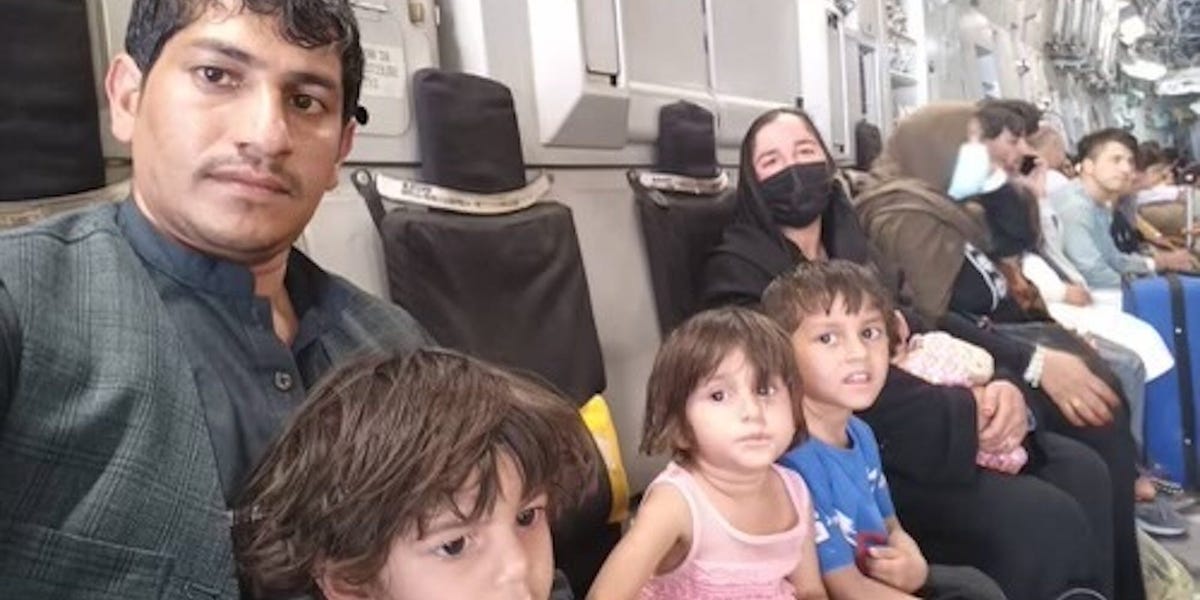 A US Navy who has spent the past six years working to secure a special immigrant visa to the United States from his Afghan interpreter had to ask for a favor to get him and his family to leave Afghanistan safely.

Marine Corps Maj.Thomas Schueman told Insider that during his deployment to Afghanistan in 2010, his interpreter, Zak, was like his right-hand man, going beyond his role as a mere translator.

Zak saved Schueman’s life on several occasions: he walked through a makeshift minefield to prevent a Taliban ambush and picked up a gun to shoot at the attackers when Schueman and his platoon were helping a wounded Marine.

The interpreter was also threatened by the Taliban long before they took Kabul last week, Schueman told Insider. Schueman said in one case, after his platoon killed Taliban fighters and captured their radios and weapons, they made it clear that they would kill Zak.

“They came on this radio and they started to say ‘[Zak] we know who you are. We know you are from Kunar.
We know your family, we will kill you, â€Schueman said.

“So the Taliban already knew who he was in 2010 and were already threatening to kill him.”

The Navy had coordinated to get Zak out of Kunar province since July 15, but encountered multiple obstacles – from difficulties in transferring funds to problems obtaining passports – not to mention the risks of removing Zak, his wife and four children all under 5 years old. years old at the airport.

On Wednesday, Zak, his wife and four children were helicoptered out of Afghanistan. They are now in semi-temporary accommodation in Qatar, but the process has been long and exhausting. Two of Zak’s children were so dehydrated by the time they arrived in Qatar that they were put on a drip, Schueman told Insider.

Zak first started the visa process in 2015 and was rejected in 2016, Schueman said. The couple spent the next five years appealing the decision and contacting U.S. officials and news agencies to get Zak’s visa approved. Schueman told Insider that Zak had worked with the United States for three years and his service was properly documented.

Despite their best efforts, Zak and his family eventually got out because Schueman was able to contact an Air Force friend who was in Afghanistan.

Schueman contacted the friend (whom he did not name) in mid-July and told him about Zak’s situation. The friend said that because Zak was not in Kabul he was “dead” and “had no chance” to get out.

As the Taliban gained the upper hand and the Afghans began to rush to leave, Schueman worked tirelessly to bring Zak and his family to the capital. Once they did, he asked his friend in the Air Force to find them and help them.

â€œI think it’s important to know that he didn’t come out because the process was working. Zak got out thanks to this same Air Force friend, who risked his life, jumped over the wall and put this family to safety and had it personally, “Schuman said. “Like, that’s not the way it should work. It shouldn’t be an Air Force major doing a favor to his friend he met in 2008 while on training. officer.”

Schueman told Insider that not granting Zak a visa was “betrayal.” He said the interpreters had been promised visas in exchange for their work with the United States and those who had kept “their end of the bargain” had been disappointed.

“I’m not advocating thatâ€¦ we should get everyone out of Afghanistan,” he said. â€œWhat I have been a strong advocate for all this time is that since 2009 the United States has created a special immigration visa program for Afghan interpreters who have served in the United States and who are running subsequent risk due to their service in the United States. “

â€œI mean, these terms are in black and white and Zak has undoubtedly not only lived up to the terms of this agreement, but exceeded them in so many ways,â€ Schueman said. â€œHe has stuck to his end of the bargain. What do you call it when you run out of a deal, a contract that you signed and you know its implications. It’s not like, ‘Oh, that was a bad one. real estate deal or it was a bad financial transaction deal. It’s like now you’re going to kill that person because you didn’t do what you said you were going to do. “