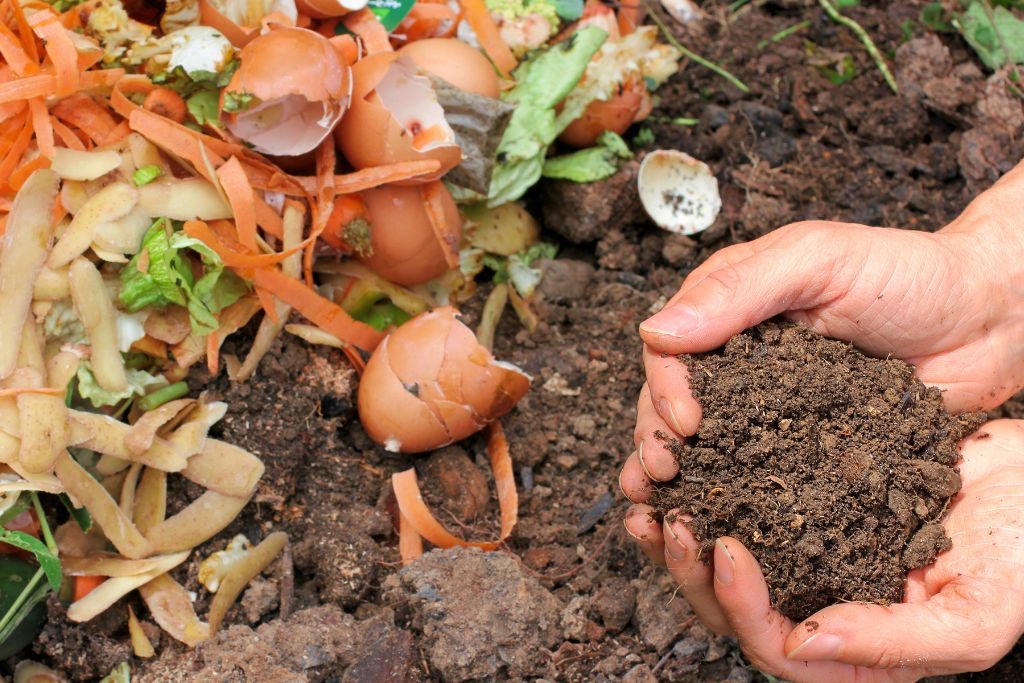 food waste has become one of the biggest environmental problems and contributors to greenhouse gas emissions. The food we throw away frees huge amounts of methane gas, which is 25 times more potent than carbon dioxide. In addition to contributing to climate change, the loss of food is a waste of the natural resources that were used to produce it, including energy, water and fuel. There are currently more than 800 million people facing hunger in the world and yet, about a third of the world’s food supply are wasted or lost. Food companies are under increased scrutiny to reduce their carbon footprint and address industry-related issues. But these innovative food waste startups are at the forefront of change and have come up with original solutions to address this pressing issue.

After working in the food science industry in the United States for several years, entrepreneur Deepak Rajmohan returned to India to start GreenPod Labs with the aim of reducing food waste in his home country. Founded in 2019, the startup develops active packaging sachets that activate the built-in defense mechanisms of fruits and vegetables to preserve their quality and slow down the ripening process. The innovative idea is a much-needed post-harvest solution to food waste, which is a huge problem for the Southeast Asian country. Although it is the second largest fruit and vegetable producer in the world, 40% of fresh produce grown in India is wasted before it reaches consumers.

Hong Kong based app CHOMPE tackles food surplus in Hong Kong’s F&B industry while simultaneously offering a solution to food waste. Founded in 2020 by Carla Martinesi and Chris Wettling, this The solution-based, bilingual app offers consumers unsold food items from local bakeries and restaurants packaged in “mystery boxes” and at a discounted price. However, their mission does not stop there. According to Wetling, education is the key to change the many misconceptions surrounding food surplus and help reduce food waste, not only locally but around the world. For this reason, the CHOMP team encourages more dialogue between F&B companies and customers by regularly posting tips and advice on their Instagram page and works with local schools to raise awareness among younger generations.

You might also like: Chris Wettling on tackling food waste and surplus in Hong Kong, and CHOMP

Co-founded by Constant Tedder and Andres Crabbe, FLYFARM brings to market an innovative and sustainable method of producing insect protein. As current agricultural systems and protein production place tremendous pressure on our environment, the agri-tech company works closely with renewable energy-powered larval farms that turn organic waste into high-quality protein to animal feed. Food waste and by-products from agriculture and food processing – such as spent grains from breweries or distilleries as well as slurry and low-grade waste from soy processing plants – are recycled by operating the power of insects, the natural converters of organic waste in nature.

Based in Oslo, Norway, Kebony is a world leader in the manufacture of modified wood. Unlike the food waste startups mentioned so far, this one focuses on using food waste to produce something different: softwood. Although this type of wood behaves differently from hardwood, Kebony has developed award-winning technology which uses waste from the food industry, modifying it to reflect the behavior and characteristics of tropical hardwood, which is typicaly harder, stronger and more durable. By doing so, in addition to making good use of food waste, the company prevents deforestation and saves tons of greenhouse gas emissions.

Available in several European countries as well as Canada and the United States, this takeaway app fights food waste by helping food stores sell their surplus food instead of throwing it away. Founded in 2015 and serving its first customer in 2016, Too Good To Go has since partnered with major restaurants and food chains around the world to sell “magic bags” of merchandise at a discount. So far, the company claims to have saved more than 52 million meals worldwide, enough to feed the entire population of South Korea.

BIO2CHP, based in Greece, uses raw residual biomass feedstock from the agri-food industry – in particular fruit waste, coffee grounds and olive pits – for small-scale on-site electricity generation . The waste-to-energy strategy has several benefits, ranging from converting waste management costs into additional revenue to improving the environmental image and reducing the end-user footprint. Created in 2017, the innovative startup has received more than one million dollars to fund its research and develop award-winning technology that redefines the waste-to-energy system.

Ottan Studio has made a name for itself by transforming food and garden waste into bio-composite material from which it manufactures furniture, decorative objects and wall panels. Interior design items are usually made with wood and other raw materials, but the founder of this Turkey-based startup, Ayse Yilmaz, saw the wonderful potential of biological waste as a raw material and has developed an innovative process to recycle tons of discarded fruit peels, nutshells and leaves and turn them into high-quality products.

Founded in 2015, the Israeli startup TripleW has developed a circular solution the environmental and financial issues of waste management. The company has developed a process to convert abundantly available organic waste – from supermarket and industrial food surpluses to source-separated municipal food waste – into raw material for the production of polylactic acid (bioplastic PLA). This renewable and in-demand material can be used to make thousands of products, from yogurt pots and tea bags to t-shirts and toy blocks. Additionally, the company allows the chemical recycling of biodegradable plastics in its patented process, further reducing waste.

Ninth on our list of food waste startups is Choco. Founded in 2018, this Berlin-based food tech startup is on a mission to transform and fully digitize the business processes of the food industry by 2026. With a network of over 10,000 suppliers and 15,000 chefs, the app offers an efficient digital tool that replaces archaic processes such as pen and paper and manual spreadsheets that many catering businesses still rely on to order ingredients and record sales. It also claims to improve order accuracy, reduce errors and incorrect deliveries, ensuring that less food and money is wasted in the process. With a total of nearly $300 million in financingChoco was able to quickly expand its operations to serve markets in Germany, the United States, France, Spain, Austria and Belgium.

Founded in 2015 by Justin Ehlert, a computer science student at the University of Texas at Dallas, the Fridgely app is a food expiration date tracker that notifies consumers when food is about to expire, allowing them to eat them before they spoil. Ehlert came up with this idea while living in an apartment with three other male students and realizing how much food the household was wasting each week. In the United States, the average family of four wastes about 25% of its food. In addition, a staggering 80% of Americans throw away fresh produce and packaged produce because they misunderstand expiration labels. Fridgely represents a unique opportunity to tackle this massive, yet easily preventable problem.